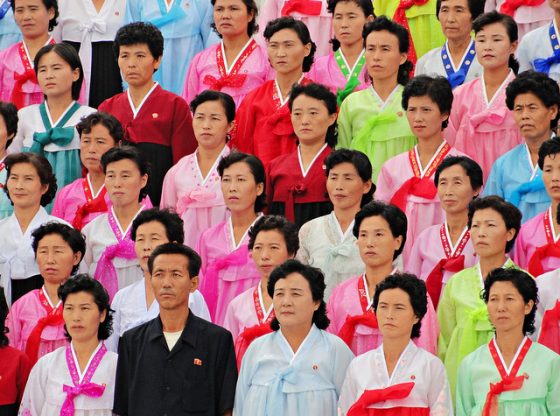 ‘We will consistently take hold on the strategic line of simultaneously pushing forward the economic construction and the building of nuclear force and boost self-defensive nuclear force both in quality and quantity as long as the imperialists persist in their nuclear threat and arbitrary practice.’
— Kim Jong Un, 7th Korean Workers’ Party (KWP) Congress, May 2016

Those were the words uttered by Kim Jong Un almost a year ago, at a Congress that was meant to galvanize domestic popular support while at the same time show the world that the DPRK was a sovereign state moving forward in its quest for independence and strength. Seventy years prior, Kim Jong Un’s grandfather Kim Il Sung held the very first KWP Congress in August 1946, as he was attempting to cement his position as vice Chairman of the North Korean Workers’ Party at a time of great turmoil on the peninsula. Indeed, in 1946, both Koreas were hard at work, each attempting to establish a political order following the 1945 partition. The partition, however temporary it was meant to be, would not be able to prevent a bloody war between the two Koreas. The 1953 Armistice, however temporary it also was meant to be, would not be able to provide a stable security ground to discuss a peace treaty and the eventual reunification of the two brothers-in-arms.

For better or worse, the Koreas have developed within a political vacuum left after the end of the Japanese occupation, and have each fostered what Bleiker calls ‘dualistic and antagonistic identities’. What this has meant, practically, is that both Koreas have developed as significant others: a significant other will allow for one particular group to develop its identity in relation and often times in opposition to a competing group. Hence, for a while, Korean identities developed in negative terms, with both Koreas claiming to be the true and legitimate entity to govern the peninsula. While they agreed in 1972 to achieve unification peacefully, they to some extent decided to let bygones be bygones in 1991, agreeing to non-aggression and reconciliation. The fact that both Koreas were accepted as full members of the United Nations that same year has lessened some of the political contest between the two. It has not, however, helped in any way when it comes to what Park and Chang have termed ‘dissonance in identity maintenance’: North and South Korean people are still one ethnic identity divided by the reality of two separate political systems.

Next year in 2018, we will be witnessing two anniversaries: on September 9, 2018 will be North Korea’s 70th year since its official foundation, while South Korea will celebrate the 70th year since its own First Republic was established on August 15, 1948. It is thus a prime time to consider the question of identity on the Korean peninsula, and especially in light of a changing, and seemingly more threatening DPRK. First, the DPRK has not collapsed, despite difficult economic conditions surrounding the end of the Cold War and the loss of most of its support from the Soviet Union. Second, the DPRK has succeeded in pursuing a nuclear weapons program and has tested weapons several times since its initial nuclear launch in 2006. Third, despite the deaths of both Kim Il Sung and Kim Jong Il, and two hereditary successions, its political system appears to sustain itself, organized around an elite group that still manages to extract support from its population. Perhaps more alarmingly, the DPRK might almost appear, this year, to be the more politically stable of the two Koreas given the Republic of Korea’s woes following the impeachment, removal and imprisonment of Park Geun-hye on corruption charges. If anything, South Korea’s political troubles have provided ample fodder for North Korea’s state-owned and propaganda outlet Korean Central News Agency and the DPRK’s Rodon Sinmun, the official newspaper of the Central Committee of the Worker’s Party of Korea.

Given the DPRK’s increasing rate of missile and nuclear tests, and the need for the ROK to reconstruct itself politically and as a society after the Sewol incident and the trauma of political impeachment in a system that had largely been touted as a democratization success, talks of reunification have for the moment been relegated to the realm of wishful thinking. In the South, the latest Asan Report on South Korea attitudes toward North Korea and reunification published in 2015 shows that South Koreans are worried about the costs of unification, but they also show a dwindling sense of kinship to North Koreans, especially amongst the youngest South Korean generations. In the North, public opinion polls are not available but it is not hard to surmise that given the general North Korean government propaganda depicting the South as a nation corrupted by foreign powers and a puppet of the United States, the North Korean population is not conditioned to loving thy neighbour. Given the precarious nature of life and hard labour for most North Koreans, it is also likely that their first concerns are not about whether they feel affinity and kinship for the South.

While it is more and more unlikely that reunification will occur, it does not mean that the concept of Korean identities and how they relate to one another should be discarded altogether: what was a static system with few contacts between the two Korean groups has changed over time given the number of North Korean citizens that have left the country and that have sought to start a new life in South Korea, or abroad. This has meant that North and South Korean groups have had the opportunity to interface in two main locations: (1) in South Korea and especially Seoul, where the North Korean population struggles to overcome the stigma of being northerners, and coping with a highly globalized and capitalistic society; and (2) outside of the Korean peninsula, in Europe and especially in London where both South Korean and North Korean diasporas coexist and interface on more neutral terms, as both groups are exogenous to the United Kingdom. This has been matched by an emerging and vibrant civil society concerned with cross-Korean identities and relations that is starting to emerge in South Korea and abroad.

What is important to remember is that regardless of the security conundrum or international political tensions generated by weapons testing or changing political sensibilities, the combined South and North Korean population represents close to 75 million people. They are bound by a single language and ethnicity as well as a contentious history, and are likely to interact, one day, as partners or neighbours. The more they learn about one another, their differences, and their compatibilities, the more likely reconciliation can be achieved.