After Park’s impeachment, what should be South Korea’s priority? 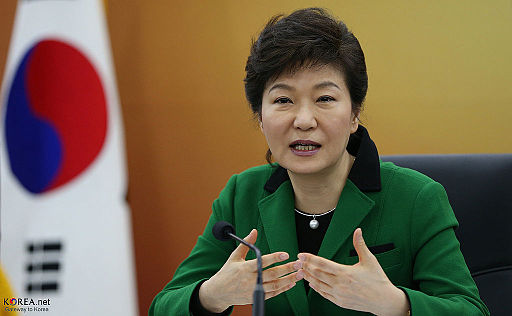 On March 10, eight justices of the South Korean Constitutional Court unanimously upheld the National Assembly’s 9th December 2016 motion to impeach President Park Geun-hye. The country’s first female president now became the country’s first impeached president. Ever since the political scandal involving Park’s decades-long friend, Choi Soon-sil, surfaced in late October last year, hundreds of thousands of protestors gathered every Saturday by candlelight in the Gwanghwamun area. On March 11, while candlelight protestors had their 20th and final rally to welcome the Constitutional Court’s decision, Park’s hardcore supporters were angered and even saddened by the same decision.

Meanwhile, from a more neutrally-positioned point of view, the final decision was accepted by a majority of Koreans as a logical conclusion. For them, the Park-Choi scandal was a humiliation for the country. Even within her own apologetic remarks, Park confessed that she did not have a clear distinction between public and private matters; the special prosecutor’s evidence only reconfirmed that Park, the nation’s democratically elected leader, had violated the rule of law necessary as the hallmark of liberal democracy. Park’s lack of common sense looked incompatible with that of average Korean citizens who have been proud of living in a modern democracy. This embarrassment was a major reason why ordinary people took to the streets every Saturday in spite of the harsh winter weather, finally pushing the National Assembly to hold the impeachment vote.

This political scandal has revealed dark sides of the country’s miraculous success. South Korea used to be one of the poorest countries in the world – with a gross national income (GNI) per capita of US$67 in 1953 – dramatically transforming itself to become the eleventh largest economy in 2016. This compressed economic growth over only two generations could not have been realized without the devotion and sacrifice of South Koreans. Standing in the spotlight of economic growth have been the chaebols (business conglomerates). Championing the government-sponsored chaebols used to be widely accepted as a smart way to accomplish economic development with limited resources.

As the country’s economy entered into recession in 2015 when the growth rate retreated from a five-year high, however, many Korean people, especially younger generations, began to doubt the conventional wisdom of ‘Korea Inc.’: the back-scratching alliance of government and businesses. The Park-Choi scandal erupted when the country’s economy had already slowed down, frustrating many Koreans who saw their welfare diminished by the country’s old mechanisms and betrayed by their government.

On the other hand, it looks like elderly constituents who ardently continue to support Park even after the Constitutional Court’s historic decision interpreted criticism against Park as a challenge to the country’s conventional ways. These older generations see the debacle as a negation of what they had accomplished for their children when the country was severely threatened both by North Korea and by extreme poverty (such as former President Park Jung-hee command of the fight against North Korea and maneuvering of ‘Korea Inc.’ for almost two decades, approximately one third of the country’s post-war history). Those elderly groups naturally adopted Park Geun-hye – Park Jung-hee’s ‘lawful’ heiress – as a part of “the Miracle on Han River” that became the foundation of their proud national identities.

This politically polarized situation in South Korea is likely to be a heavy burden for the country’s next president no matter who wins the coming election on May 9. (The election is supposed to be held within 60 days after the Constitutional Court’s impeachment verdict.) The next president of South Korea will face extreme fragmentation of the whole society while wrestling with a persistently nuclear-ambitious Pyongyang and the challenges of an economic recession.

Furthermore, international circumstances are not particularly friendly to South Korea at present. The Trump administration’s foreign policies toward the Asia-Pacific region still remain vague under the slogan of ‘America First’ and his strategic advisors appear to be militarily more hawkish toward Pyongyang. Many experts are already worried about the compatibility between the Trump administration and the next Korean administration which will likely be much more liberal than Park Geun-hye’s. The honeymoon period between Beijing and Seoul is also over. After the decision to deploy THAAD (Terminal High Altitude Area Defense) in Sungju, Chinese economic retaliation against Korean business has escalated, adding pain to an already-struggling Korean economy. From the Japanese point of view, any possibility of revision of the 2015 South Korea-Japan Comfort Women Agreement by the new government is what Tokyo wants to avoid most. After the erection of a ‘Comfort Women’ statue near the Japanese consulate in Busan, the currency swap agreement between South Korea and Japan was suspended in early January.

Given the scope of external and internal challenges listed above, what should be prioritized by the next Korean president? First and foremost, the country’s next president should avoid unnecessary escalation of tensions with neighbouring countries. The next president does not need to be servile to bigger countries, but he/she needs to proactively communicate with key partner countries to ensure the country’s strategic and economic security. A similar approach should be applied to domestic politics. The new president can be countered by the pluralistic National Assembly and easily challenged by the socioeconomic dissatisfaction of the Korean public. In casting their votes, Korean voters should carefully consider how communicative each candidate is during this unprecedentedly hasty election campaign.

Eunjung Lim is a lecturer of Korea Studies at Johns Hopkins SAIS. Her areas of specialization are South Korean and Japanese political economy, comparative politics, and energy security policies of East Asian countries. She has been a researcher and visiting fellow at several institutes including the Center for Contemporary Korean Studies at Interfaculty Initiative in Information Studies at the University of Tokyo, the Institute of Japanese Studies at Seoul National University, the Institute of Japan Studies at Kookmin University, and Institute of Energy Economics, Japan. Before joining the SAIS faculty, Eunjung Lim taught at several universities in Korea, including Yonsei University and Korea University.  She earned a B.A. from the University of Tokyo, an M.I.A. from Columbia University and a Ph.D from SAIS, Johns Hopkins University. Image credit: CC by Wikimedia Commons.

Cross-Strait Relations and Taiwan’s Five Bids for the World University Summer Games
The Sports Industry: the Next Big Thing in China?