Diplomatic Engagement and Negotiated Agreement between the Philippines and China: A Constructive-Realist Approach in Post-Arbitration

Home /Philippines, South China Sea/Diplomatic Engagement and Negotiated Agreement between the Philippines and China: A Constructive-Realist Approach in Post-Arbitration 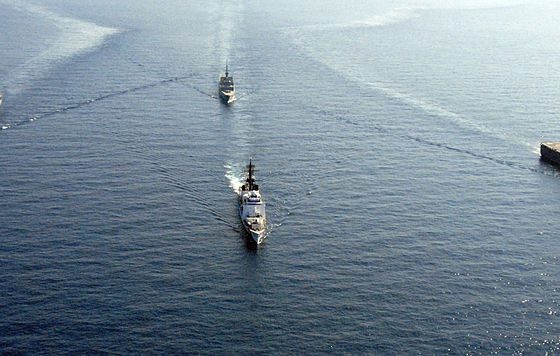 The South China Sea (SCS) dispute is a complex web of strategic issues and concerns that are both real and imagined, natural and constructed. This is not just about the security realities that exist in the contested sea, but also about how we look at the security puzzle and frame it from a particular mindset. Is the SCS conflict a military problem that requires strategic defence? Or, first and foremost, a high level political issue that calls for diplomatic measures to resolve or manage it? The answer to this is conditional and perception-based, depending on the strategic culture, national interests, and power capacity of claimant states and other stakeholders. Understanding the security dilemma in the SCS calls for comprehensive thinking about constructive approaches, other than defence and military strategies, to manage conflict, maintain stability, and foster cooperation in this region.

Using a constructive realist perspective, I will relate in this article the circumstances, constraints, and challenges of the July 2016 Permanent Court of Arbitration’s (PCA) decision on the case filed in January 2013 by the Philippines against China’s claims in the SCS. With this as a backdrop, I will then discuss the role of diplomacy and negotiation in defusing misconceptions and adverse reactions in the disputed region after arbitration.  This is with the end view of weighing up the use of the military to deter and balance the source of threat, and the use of diplomacy to build relations and gain from cooperative engagements. Although academic in nature, this essay can be taken as a Filipino narrative of constructing lasting peace in our region, as well as an Asian perspective on shaping foreign policy discourse.

The Causes, Constraints, and Challenges of the South China Sea Arbitration

The Philippines, in the case filed with the PCA in January 2013, questioned the validity of China’s historical rights and “indisputable” sovereignty over the nine-dash line in the SCS, among other issues. In going to the international tribunal for arbitration, the Philippine government under former President Benigno S. Aquino III expressed the belief that a just resolution can somehow make China conform to international law. As the Philippines pursued its case against China, the former also moved to balance the latter by enhancing its defence cooperation with the United States (US) as a treaty ally. The Philippine policy to bolster its strategic partnership with the US aimed to contain China, whose rising power enables it to expand its maritime domain in strategic sea lines.

In spite of the ideals and intended outcome of a legal battle, what realistically unfolded was China’s non-participation in ITLOS proceedings and non-recognition of the Tribunal’s jurisdiction over what the Chinese regarded as an issue of territorial sovereignty.  From the start, Beijing had viewed the PCA proceedings as counter to the Asian way of resolving disputes between neighbours that must engage through personal dialogue and negotiated settlement. For Asians, informal talks, mutual trust, and personal dealings are often more important than formal contracts, codes of conduct, and rules-based proceedings.

In July 2016, the Arbitral Tribunal of the Permanent Court of Arbitration (PCA) resolved that China’s historical claim of irrefutable sovereignty over the SCS is not founded on international law. It further ruled that China’s prohibition of Filipino fishermen in the Philippine EEZ, artificial island-building, harmful harvesting of Philippine marine species, and provocative actions against Philippine vessels in their area of responsibility violated particular provisions in the United Nations Convention on the Law of the Sea (UNCLOS).

The case of the SCS arbitration shows that the legal-institutionalist approach to constrain what was adjudged as unlawful behaviour in an internationally agreed system did not materialise. In a regulated order, this should have brought about a predictable outcome of compliance and deference to international law. However, the enforcement of an adjudicated ruling is the cul-de-sac of managing law and order in an otherwise anarchic international political system. Given this systemic arrangement, sole dependence on an international ruling favouring a small state cannot compel a great power to restrain from doing what it wills.

There is no doubt that the Philippines, with its limited power bases and capacities, needs to tread carefully. Its alliance with the United States (arguably China’s greatest rival) cannot neutralise the conventional insecurity generated by the friction between a small state and a superior power. Smart strategy, however, calls for constructive approaches by a small power to get along well with as many countries, big and small, while building up its own internal capacity and power sources to survive.

Given the fact that the Philippines and China have a long history of close ties, what transpired in the post-arbitration period is testament that both parties can agree to work out durable solutions to maritime issues, and cooperate on several functional areas of concern (for example; environmental protection, joint fishing, joint scientific exploration, research and development, academic enhancement, cultural exchanges, and transnational campaigns against illegal drugs).

The Balancing Force of Diplomacy and Negotiation

In the post SCS arbitration period, the international community saw the Philippines pivot towards China and change its foreign policy direction. Adopting a much more flexible diplomatic approach, the new Philippine strategy drew global attention for changing the tide in the SCS. Rodrigo “Digong” Duterte’s ascension to the presidency in July 2016 ushered in a new government in the Philippines that was much more amenable to bilateral discussions with Beijing.

In October 2016, Philippine President Rodrigo R. Duterte met with Chinese President Xi Jin Ping in Beijing to renew bilateral ties and strengthen partnerships in both the political and economic arenas. This came after two carefully calibrated diplomatic engagements between the Philippines and China: the meeting of former Philippine President Fidel V Ramos with Chinese diplomats in Hong Kong in August 2016; and the visit of the Philippine Council for Foreign Relations (PCFR) at the Ministry of Foreign Affairs and policy think tanks in Beijing in September 2016.

In his historic state visit to Beijing, President Duterte recognised China’s self-righteous role and declared a foreign policy separate from the US. His bold statements caught the international community by surprise, but nevertheless earned him respect from the Chinese. President Duterte’s foreign policy change resulted in $24 billion worth of economic investments and infrastructure projects for the Philippines. Several cooperative measures and joint undertakings were also agreed upon during the President’s pivot to Beijing. These range from maritime safety, anti-illegal drugs campaigns, technology development, trade and agriculture, transportation and communications, tourism, and information sharing, among others.

While President Duterte’s speeches ran counter to the Philippine arbitration case against China, a strategy of asserting independence in foreign policy affords positive responses and huge economic benefits. Duterte’s choice to go to China played along well with the projection of freedom of manoeuvrability to peacefully manage the dispute with a powerful Asian neighbour. This allows the latter to save face and commit to its time-honoured principle of good neighbourliness, especially towards small countries that recognise its self-image as a big brother in Asia.

Diplomatic engagements and prospects for negotiated agreements between the Philippines and China, without prejudice to their national interests, are constructive and pragmatic.   The desire to gain long-term benefits from cooperation dissuades China from taking offensive actions that could be costly and self-defeating.  To effectively weigh up options in the strategic calculus, the principle of any defence strategy provides a way out by raising not only the cost on the other side of a possibility of aggression, but also the benefits for both parties of the prospect of peace and cooperation.

While a diplomatic solution through negotiation is being sought post–arbitration, the foreign policy option does not seek to make irrelevant the institutionalist approach of international law as political leverage along with the realist strategy of defence as security cover. Deterrence, through an increased military presence or enhanced defence posture, prevents the situation from escalating. However, the threat to use force does not lessen tension between rival powers, nor change the status quo despite the PCA ruling on the SCS. The use or threat of force to implement the rule in the maritime area could only reinforce vicious loops of conflict and insecurity.

The way forward to sail in the tides of the contested sea is not easy. But with trust building and continuous diplomatic engagements, consensual agreements can be worked out. Positive incremental changes can be taken as milestones for cooperation and strategic stability in the SCS.

Ananda Devi Domingo-Almase, DPA is the Professor III at the National Defense College of the Philippines in the Department of National Defense, and a fellow of the Center for Policy and Strategy of the Philippine Public Safety College in the Department of the Interior and Local Government. She is a member of the National Security Committee of the Philippine Council for Foreign Relations that went to Beijing on a Track II diplomatic engagement in September 2016, following the July 2016 United Nations Convention on the Law of the Sea ruling on the South China Sea. This article forms part of the IAPS Dialogue edition entitled “(In)Security in the Philippines.” Image Credit: CC/ Wikimedia Commons.