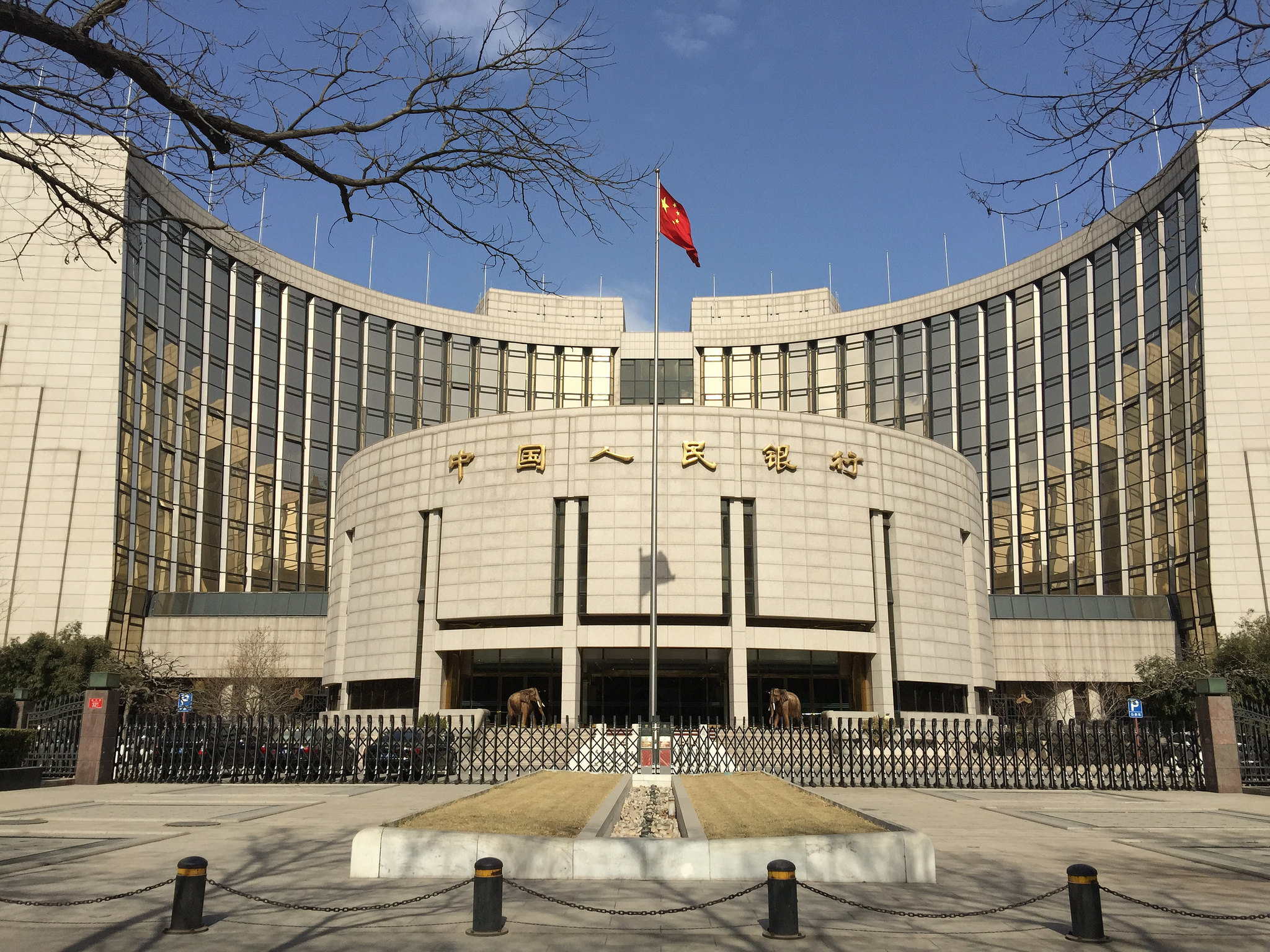 China’s economic strength often is referred to $3 trillion in foreign currency reserves. Piled up since the 90s with the start of the new economic policy, the composition of this wealth is made up by 70 percent (or $2.3 trillion)  in U.S. dollar assets.  Yet, , if China  were  planning for a sell-out, the Fed’s zero-bound interest rate and a  depreciating dollar,  would  earn  China  very little of these riches.

At the turn of the Fed’s monetary policy, what   seemed like the China’s dollar trap, as Krugman put it, turned a game changer. In 2015  at the announcement of the Federal Reserve  planning  the dollar  rate lift, and  the expected inclusion of the RMB in the IMF SDR,   China’s  policymakers  activated  the RMB foreign exchange rate  reform, where  selling-out   FX reserves was  a functional measure to delinking the RMB from the US dollar, and a means  to intervene  in the markets to stem-off  likely capital outflows.

In the reform strategy, de-pegging the RMB from the US dollar was, according to the Chinese authorities,  a  necessary measure to fend-off  the RMB  overvaluation around 20%, as it  would  surely hit the country’ exports. The move was also the first step to shift the RMB to a managed floating exchange rate system where the daily fixing referenced the previous day’s closing USD/CNY (US Dollar/China RMB) spot price. That made the CNY’s fixing immediately set to a lower value to match the market price.

The timing  of the action,  and the means  implemented, were perceived   like a concerted  devaluation of the  exchange rate,  a  Pavlovian reaction vis-à-vis diminishing exports, or an artifice  at mimicking  a  market-led  valuation designed to  influence the IMF to grant the RMB a place into the SDR.

Alarms of a looming regional currency war, and especially domestic capital outflows, urged the People’s Bank of China to put in place a massive sell out of U.S. denominated securities to defend the new managed currency’s foreign exchange rate (Figure 1). In a  standard account , the above measures  seemed  typify  an  exchange rate’s  defensive policy in line with  those  quite used in  emerging economies with the objective   to alter  the exchange rate  in order to gain market competitiveness. For this behavior China and its peers have often been censured for exchange rate manipulation.

Actually, policies aimed at adjusting exchange rate are also a source of volatility in emerging and advanced markets, and affect major asset markets all over the world, so it’s not surprising at all that global markets reacted violently to China’s   moves.

This time, though, China’s moves on the RMB exchange rate is not the weakness in the currency that upset the most international markets. Instead, it was, George Saravelos of the Deutsche Bank finds, what was “happening to China’s FX reserves and what this means for global liquidity”. China’s massive foreign exchange  reserves sellout in defense of the RMB devaluation and capital outflows  have had the effect of   reducing the People Bank of China’ s ownership of global fixed income assets, and doing so, the actions are equivalent to an unwind of QE, or in other words Quantitative Tightening (QT)” .

Indeed,  PBoC’ s actions  just started  to  show  on US T-Bonds,  and the German Bund, through  flashed  yields  movements.

Defining these reverse upshots as spillbacks, international financial institutions have started to observe the critical role they play in the sovereign bond markets, and in their power of switching the global finance into a quantitative tightening.

Caruana of the BIS observes that the large amount, and almost synchronized   unloading of foreign exchange reserves by the People Bank of China (PBoC) and other EM central banks in response to a strong dollar and their currency depreciation, could equal to a “quantitative tightening”.  As reserve managers unload sovereign bonds in SDR currencies, these sales “could rival, or even surpass, the scale of ongoing purchases by the ECB and the Bank of Japan”, and even so “EMEs’ sales of bonds held in their reserves take place mostly in dollars and ongoing central bank purchases are in euros and yen, these effects compete in a global bond market”.

As a result spillbacks “to advanced economies from EMEs ownership of specific advanced economy assets, such as sovereign bonds, have increased. The reduction in holdings of US bonds was arguably one factor contributing to moves in US yields over the past year [2015]”.

Spillbacks from China and EMEs, Christine Lagarde argues, have set a new dynamics: “a two-way street of unintended knock-on effects– with actions in one country spilling over to others, which in turn creates a negative feedback, or spillback effect, on the country that started the process”.

In 2012, and in  anticipation of these  developments,  Beltran et Alii  considered  that spillbacks from  China’s reduction  of  Foreign exchange reserve would have  the potential of significantly influence U.S. Treasury yields. They estimated that “if foreign official inflows into U.S. Treasuries were to decrease in a given month by $100 billion, 5-year Treasury rates would rise by 40-60 basis points in the short run and by 20 basis points in the long run. Given the size of U.S. Treasury debt, currently 14 trillion held by the public, a small increase in Treasury rates can lead to a large increase in debt financing costs”.

China’s  foreign exchange reserves’ policy activated   to underpin the RMB in its early stage of managed fluctuation,  and deter capital from fleeing the country have ended of shrinking   decisively Chinese  US debt assets. .   At the end of 2016 these developments put them to $1.157 trillion, the lowest amount of US paper held by PBoC since 2012 (Figures 5, 6). By unloading   a large chunk of  US T-bonds,  China alone  has made  US government borrowing cost  of  the 10-year rising    to 2.6 percent last year, from as low as 1.3 percent, and had set the scene  for a quantitative tightening. Once a widely held and an extremely desirable asset in the global economy, American debt is no longer the most desirable thing in the world.

The Federal Reserve, according to recently published minutes, is mulling over reducing the US dollar 4.5 trillion massive amount of Treasurys and mortgage-backed securities, piled-up during three consecutive quantitative easings. The upshots of these sales are identified as a new, domestic source, of spillbacks on the US-T-bonds yields. The risk, observers fear, is   that these holdings are weighing on long-term interest rates, and for this reason the Fed should not intervene so heavily in the markets.  By selling off its holdings too quickly, the Fed could trigger a sudden drop in the price of those assets and a spike in interest rates, potentially upsetting markets.

From international and even domestic sources, spillbacks and quantitative tightening seem going hand in hand, and are indeed the key-factor to watch in the upcoming years.

Miriam L. Campanella is Senior Fellow at ECIPE and the Jean Monnet Professor at the University of Turin. Image credit: CC by bfishadow/Flickr.

Diplomatic Engagement and Negotiated Agreement between the Philippines and China: A Constructive-Realist Approach in Post-Arbitration
Prospects for Peace under the Duterte Administration