The Bangsamoro Peace Process in the Philippines: What Next?

Home /Philippines, Security/The Bangsamoro Peace Process in the Philippines: What Next? 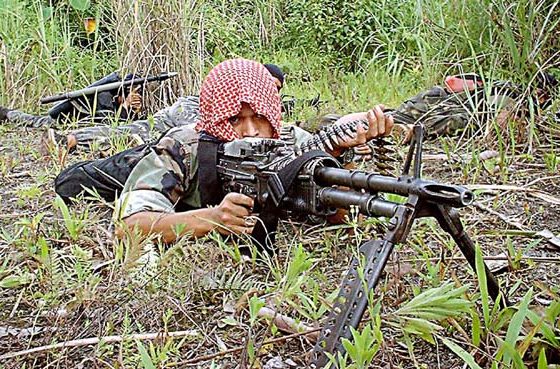 Among the more contentious and macabre elements of President Duterte’s explosive tenure, the prospects for peace somehow seemed like a silver lining in his incredibly contested presidency. Citing peace as a priority during his presidential election campaign, Duterte possessed an unprecedented amount of political capital to spend on the Bangsamoro process.

This less than sunny outlook calls into question the long standing notion of paths to peace under the current administration. No longer zero-sum endeavours with a clear victor, peacemaking is diffuse and complex. Peace processes around the world now feature multiple tracks and multiple actors each with a multitude of interests. The Bangsamoro peace process hangs in the balance until the second draft of the BBL passes through Congress. To keep it on the path to true, meaningful, and sustainable peace, the Duterte administration should consider the following as reminders of the delicacy of instigating peace.

Secondly, the Duterte administration should heed the old adage: timing is everything. Sequencing and managing obstacles and roadblocks in peace processes go hand in hand. While it is important not to rush the peace process, it is also important to ensure that the people most affected by the conflicts, both combatants and non-combatants, see peace dividends such as increased security and an improved economic environment. Since the CAB was signed in 2014, MILF fighters have been undergoing a delicate decommissioning and normalisation process. If the BBL is derailed, or the CAB is not adhered to and respected as the cornerstone of implementation, the most disaffected may be more vulnerable to archaic criminality, jihadi radicalisation and other external factors present in the region.

Lastly, the Duterte administration should shore up its tenacity and perseverance in the process. Peace processes are processes. They are full of nuance and happen over decades. Unrealistic milestones are harmful to the process, put extreme pressure on the parties, and do not allow space for deadlocks, obstacles, and crises. It is important to persevere through crises, and not resort to extreme means and actions. This risks destroying the gains made over time. Those tasked with drafting a new BBL need the time, space, and full support of the government to do so. Similarly, outstanding issues that may arise during implementation also need space to be discussed. In essence, negotiations never truly end.

Duterte has the opportunity to lead the country on a path to peace. If he fails, the Philippines will continue to go nowhere with the ongoing insurgencies at play in the islands.

Julia Palmiano Federer is a PhD candidate at the University of Basel and a Programme Officer in the Mediation Programme at Swisspeace. Her research analyses the role of mediators in norms diffusion, specifically in the contexts of the peace processes in Myanmar and the Philippines. This article forms part of the IAPS Dialogue edition entitled “(In)Security in the Philippines.” Image credit: CC/ Wikimedia Commons