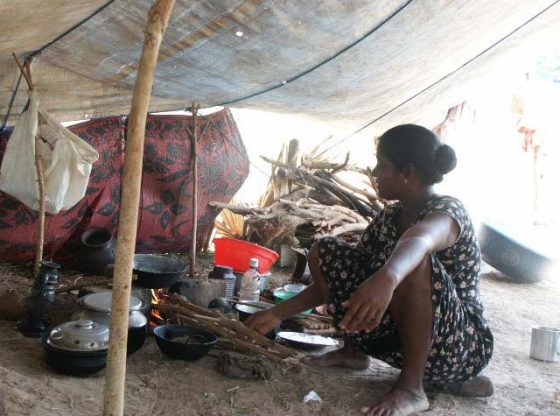 Sri Lanka’s vicious civil war ended in May 2009, amidst war crimes allegations, when government forces routed the separatist Liberation Tigers of Tamil Eelam (LTTE).  Rather than capitalise on the war’s end to promote ethnic reconciliation, the victorious Mahinda Rajapaksa regime went about manipulating Sinhalese Buddhist triumphalism to further its authoritarian designs.  In doing so, it worked to further marginalise the hagridden Tamil minority while tacitly supporting attacks against the country’s Muslims.

Sri Lankans have paid a heavy price for their politicians’ ethnic malpractice.  They should ensure that their leaders do not repeat the mistakes made with the Tamils when dealing with the Muslims.

Sri Lanka’s Muslims constitute around 10 percent of the island’s population. Besides opposing the LTTE’s quest for separatism, some in the community living in the predominantly Tamil northeast gathered intelligence for the security forces during the civil war.  Tamil rebels, in turn, killed a number of Muslims; and in an act of ethnic cleansing, they evicted over 60,000 Muslims from the Northern Province.  Muslim political parties also coalesce with the island’s two main parties and their politicians lobbied on the country’s behalf among Middle Eastern states. Such cooperation led to the Muslim community being branded the “good minority” during  the ethnic conflict. The anti-Muslim narrative that took root in mid-2012 and led to some Muslim businesses, homes, and mosques being attacked therefore stunned the community.

The chief protagonist among those who fermented this anti-Muslim agitprop was a group called the Bodu Bala Sena (Buddhist Power Force, or BBS), which formed in July 2012.  The group adopted Islamophobic rhetoric akin to India’s Hindutva forces and Burma’s 969 Movement and initially gained prominence by campaigning against halal products.  Among others, it claimed that Muslims were heavily involved in selling narcotics and Muslim businessmen prefer to trade with each other and fleece non-Muslims.

Ethno-religious nationalists obsess over demographics and the BBS is no different.  Thus, in a  similar manner to the anti-Muslim Hindutva forces in India, the group claimed Muslim men were seducing Buddhist women and seeking to convert them to Islam even as they claimed that Muslim clothing stores were selling female foundation garments that made Sinhalese women infertile. Such claims built on widespread notions that Muslims seek to procreate in greater numbers and never convert to other religions when marrying non-Muslims even as they insist that non-Muslim spouses convert to Islam.

An eddy of anti-Muslim sentiment has long prevailed among both Sinhalese and Tamils, but the Islamophobic hate speech and anti-Muslim violence the BBS openly orchestrated were possible thanks to the Mahinda Rajapaksa government’s connivance.  This saw BBS rallies that vilified Muslims televised on  state-owned television channels and BBS monks goading mobs when vandalising mosques and attacking certain prominent Muslim businesses.

While Sri Lanka’s minorities vote mainly for their ethnic parties during parliamentary elections, they usually overwhelmingly support the United National Party (UNP) candidate during presidential elections.  Rajapaksa belongs to the Sri Lanka Freedom Party (SLFP) and in a fit of post-war hubris decided he could win elections by relying solely on the Sinhalese Buddhists who are 70 percent of the population.  With Tamils now subjugated, playing up the Muslim threat was also designed to mask the country’s economic challenges and the authoritarianism that Rajapaksa and his family were attempting to institute.

This quest for an authoritarian milieu conducive to creating a political dynasty saw certain journalists attacked and murdered, the media forced to practice self-censorship, NGOs and civil society harassed, Rajapaksa cronies operating in predatory fashion with utter impunity, and the courts subjected to “telephone justice,” whereby individuals in the president’s office called judges and instructed them on how to rule.  It was with good reason that some viewed Rajapaksa as South Asia’s Vladimir Putin.

Yet, ultimately, the faltering economy, the breakdown in the rule of law, and disgruntlement within the SLFP combined to dethrone Rajapaksa.  It was his own Minister of Health, Maithripala Sirisena, who contested as the common opposition presidential candidate and defeated him in January 2015.  A national unity government led by the UNP and pro-Sirisena SLFP faction has since been in power.  Despite ongoing corruption, the coalition has, in the main, operated democratically and avoided fanning inter-ethnic and religious tensions.

The BBS retreated following Rajapaksa’s defeat, but some of its monks have recently made clear that they intend to revive their anti-Muslim agenda.  Indeed, one leading BBS monk recently claimed they could “end the rise of the Muslims” if politicians were willing to back them.  The BBS’s renewed attempts to target Muslims may be related to Rajapaksa’s determination to continue to play a dominant role in the island’s politics.  The fact is that given dormant anti-Muslim sentiment in the country, the BBS and its ilk could easily revive their agenda amidst massive violence.  The grotesque 1983 anti-Tamil pogrom that sparked the civil war was partly influenced by Sinhalese petit bourgeoisie traders who felt they were losing out to Tamil businessmen.  Many among their class now believe they are similarly challenged by Muslim traders and would not mind seeing their competition violently diminished.

Sri Lankans have paid a heavy price for their politicians’ ethnic malpractice.  They should ensure that their leaders do not repeat the mistakes made with the Tamils when dealing with the Muslims.  This is especially important given the extent to which Islamist extremism has taken root in South Asia.  While there is no concrete proof that Sri Lankans have joined the likes of ISIS, anti-Muslim violence is only bound to radicalise hitherto peaceable Muslims.  Such radicalization cannot be compartmentalised within the island and will instead get diffused regionally.  It is therefore, imperative that national, regional, and international actors work collectively to encourage political contestation devoid of ethno-religious machinations.

China’s Critical Year
De-Dollarization, Gold, and the prospective role of the Yuan