A Survey of Violence Against Religious Minorities in India 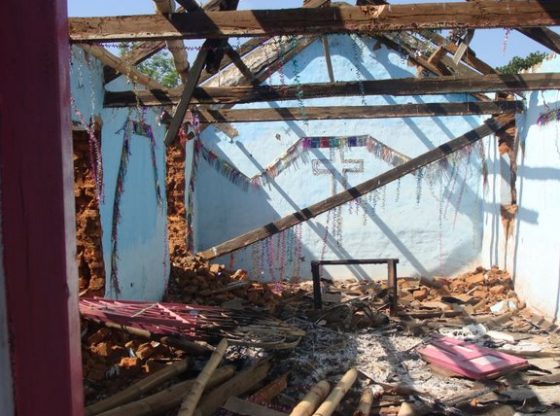 For centuries, India has been a diverse, plural society inhabited by followers of many faiths and languages and a plethora of cultures. Its geographical location has been the key to the plural ethos of the land. The people interacted freely and evolved in the multiple facets of their lives with a thick interaction leading to rich diversity. Indian society has always been multi-cultural.

When British colonialists ruled here, they introduced the policy of divide and rule through their administration and through history books which had the slant of communal historiography. In this, the pattern of history is based on the religion of kings. This version of history was used by the sectarian tendencies in the political arena; the tendencies which practised their politics in the name of religion – ‘Hindu nationalism’ and ‘Muslim nationalism’. The violence in society between Hindus and Muslims  gradually increased. The saving grace of the British period was that it remained a neutral arbiter while dealing with the violence.

After the violence of Partition, the country remained remarkably free from violence until 1961, when the first major violence took place in Jabalpur, Madhya Pradesh on the pretext that a Muslim boy had raped a Hindu girl. The truth is that the couple was in love and intended to marry. After this, on various pretexts such as cow slaughter, dishonouring of women, and religious processions, violence increased. In 1969 the Ahmadabad violence, then Meerut Malyana, Bhivandi-Malegaon, Bhagalpur, Kanykumari and again Ahmadabad in 1980 and 1990 were major tragedies to grip the nation.

L.K. Advani’s Rath Yatra (chariot procession)  demanding  a Ram Temple to be built in Ayodhya gave a systematic shape to the pattern of violence. As a result of the provocative speeches made, violence followed the route of the Rath Yatra. The most horrific culmination of this took place in the demolition of the Babri Mosque and the post-demolition Mumbai, Surat and Bhopal violence (1992). After the Rath Yatra, the intensity and duration of violence started becoming more intimidating.

The violence which took place in Gujarat in 2002 marked a new high in the pattern and intensity of violence. These acts of violence were mostly targeted against the Muslim community. Sikhs suffered massive violence in 1984 in the wake of the assassination of Indira Gandhi by her own bodyguards. This was a single incidence of violence against the community and there were no repeats of the phenomenon. Communal violence in India is primarily targeted against Muslims and lately, also against Christians.

From the late 1990s anti-Christian violence became a major component of Hindu nationalist politics. To begin with Pastor Graham Stains was burnt alive by the RSS affiliate Bajarang Dal’s Dara Singh (Rajendra Singh Pal) in 1999. The anti-Christian violence was primarily in the interior tribal-Dalit majority areas. The most horrific of this took place in Kandhamal in August 2008, where thousands were displaced, close to a hundred killed and many places of worship decimated.

Amongst the victims of violence and those suffering the loss of property; the majority have been from the Muslim and Christian communities. Anti-Muslim violence was initially observed to be because Muslims were prospering as craftsmen. These included the Muslim traders of Meerut (with Brassware), the Muslim artisans and weavers in Bhivandi (with power loom) Bhagalpur (textile, silk). In the later phase one sees that in Mumbai and Gujarat, the violence aimed to attack Muslims, in general, to polarise the communities for political goals. While the majority of victims have been from minorities; the culprits of the violence have generally enjoyed impunity or got off with very light punishment, if at all.

In post-independence India, the state machinery has been very biased and heavily communalized, resulting in minorities having to face violence with little or no protection from the state. Receiving rehabilitation and justice have been the exception rather than the rule. Lately the yeoman efforts of human rights workers like Teesta Setalvad have ensured some fraction of justice coming to the victims.

The violence in India has been studied by scholars like Asghar Ali Engineer and Paul Brass among others. Paul Brass dismisses the prevailing notion that riots are simply spontaneous “eruption of anger” of one community over some differences. He argues that riots are planned and brought about deliberately by “specialists”. Brass concluded from his study of various incidences of communal violence that a communal riot is planned and executed by “experts” and organised bodies which he calls an “Institutionalized Riot System.“

While the anti-Sikh violence, though horrific, was not part of the Hindu nationalist agenda as such, Hindu nationalists did subtly support that violence as well. Anti-Christian violence, in particular, has been occurring in remote places as Hindutva does not want the tribal-Dalits to get the advantage of the health and education facilities provided by the Christian Missionaries.

As such communal violence stands on the top of a pyramid, where stereotypes, myths and biases propagated against minorities form the base. The violence itself is made to look spontaneous but it is a well-planned affair. In most cases, the inquiry commission reports indicate the role of some organisation which is related or associated with the Hindu nationalist RSS. The violence itself plays the role of polarising the communities and is used by communalists to strengthen themselves.

Prof. Ram Puniyani is involved with human rights activities, communal harmony and initiatives to oppose the rising tide of fundamentalism in India. He is associated with the organisations All-India Secular Forum, Center for Study of Society and Secularism and ANHAD. In 2006, he was awarded the Indira Gandhi Award for National Integration. Image Credit: CC by Communal Violence in India/ Wikimedia Commons