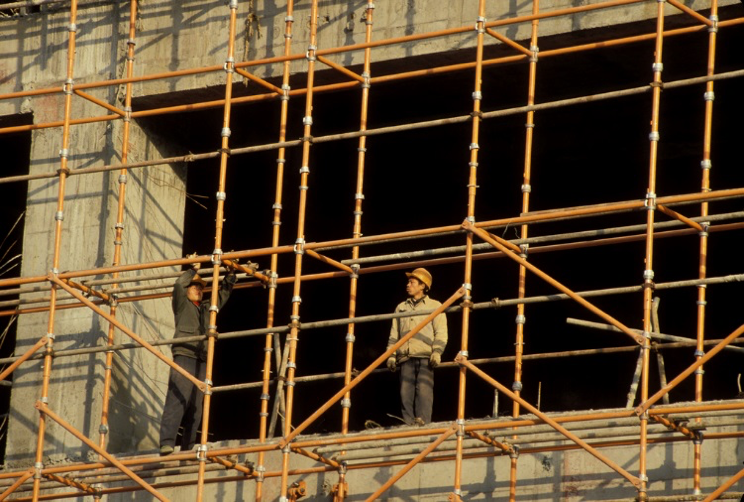 There is no doubt that China is the most successful case of poverty eradication this century. It alone accounts for three-quarters of the reduction in poverty around the world. Within a single generation, the country has morphed from a socialist backwater, poorer than Bangladesh and Chad in 1980, into the world’s second-largest economy. Yet China’s experience has had surprisingly little impact on international development. At the annual meeting of the World Bank and International Monetary Fund in 2016, luminaries and experts convened to debate the age-old problem of ending global poverty. As before, they tabled ambitious goals of development but China was sidelined during the discussion. A joint statement by the multilateral banks to end poverty by 2030 never once mentioned the country.

Beyond policy fields, public policy schools also rarely feature China in courses of development, except as an outlier or anomaly. For instance, at Harvard Kennedy School, the world’s premier training ground for development professionals, a course on “Development and Institutions” featured zero references to China. Why has the global community been reluctant or unable to take lessons from China’s success? This is due to a common flawed belief that learning from a particular country means having to adopt its entire “model.” By this logic, if an aspect of the model is peculiar or troubling, then the country’s entire experience must be rejected.

Yet clearly, it would be a shame to dismiss China’s experience entirely. To take lessons from it, we must discern what to learn and what not to learn. First, let’s be clear about what not to learn. Developing countries need not adopt China’s autocratic rule. Autocracies are good at getting things done, once their leaders decide on certain goals. But if such goals are misguided, as with China under Mao Zedong’s rule, the results can be disastrous. Nor should other developing countries copy the Chinese leadership’s futile attempts at exerting precise control, such as over stock markets or the internet. Such control often backfires, as seen in the billions of dollars lost by the government to save the stock market last summer.

So what is there to learn from China? Beneath the veneer of autocratic rule lies tremendous improvisation and creativity, often within the party-state and at the grassroots level of society. Bottom-up improvisation—not central planning—has been the driver of China’s dramatic transformation. In my book, How China Escaped the Poverty Trap, I call this a model of “directed improvisation.”

To understand what I mean, let me take you back in history. Looking back at the past of wealthy coastal cities in China today, did they escape poverty by first establishing formal property rights, eradicating corruption, and hiring technocratic officials, like in Singapore? No, they did not. Instead, these places launched development by making the best use of their resources at the time: communist officials with family and friends. Hence, entire bureaucracies were dispatched like bees in eager search for investors. Then as local economies grew, the goals of development evolved: from desiring any investor to quality investors only. These changes pushed local governments to recruit professionals and formally protect property.

In other words, the template of “good governance,” championed by international development agencies, was not the cause of market emergence, but rather its outcome. Good governance serves to preserve markets that already exist. Building new markets, however, requires improvising with existing features of poor societies, which often look weak, wrong, or even corrupt. To be clear, the lesson here is not that other countries should blindly copy the same things that China did. My point is that poor societies must leverage their own unique features to jump-start development, rather than import best practices from wealthy nations.

Encouragingly, what I argue here appears to be gaining acceptance, or at least consideration. World Bank officials are beginning to question their conventions and to search for alternatives. In a review of How China Escaped the Poverty Trap, Yongmei Zhou, Director of the World Development Report 2017, wrote: “We need to engage more with research of this nature. Instead of inconveniently writing off outlier cases such as China, Vietnam, Rwanda, Bangladesh or Cambodia, we should instead unpack how they evolved institutional solutions to commitment, cooperation and coordination problems as their economies evolved.”

Stories of failure among the poor are plentiful. The best-selling book, Why Nations Fail, is a case in point. It is easy to argue that bad institutions, corruption, and weak governments cause poor countries to fail. But what we really need to understand is how to kick-start growth in adverse conditions, how to turn the problems of developing nations into potential solutions, and how to leverage local knowledge to meet challenges.

On all these fronts, China is a textbook case. Its experience must not and cannot be copied wholesale, just as the experience of any country—including the United States—should not be blindly replicated elsewhere. As leaders continue the work of implementing the United Nation’s 2030 Agenda for Sustainable Development, the case of China is one that cannot be ignored. At the same time, rather than assert Chinese exceptionalism, China specialists must also reflect on which aspects of the nation’s experience can be applied to other developing countries.

Yuen Yuen Ang is a political scientist at the University of Michigan. She is a member of the United Nations expert group meeting on eradicating poverty in 2017. This article has been revised and was first published on November 7, 2016 at the Brookings Development Blog, as “Ending Poverty: What Should We Learn and Not Learn from China?” Image Credit: CC by World Bank Photo Collection/Flickr.

De-Dollarization, Gold, and the prospective role of the Yuan
A Survey of Violence Against Religious Minorities in India