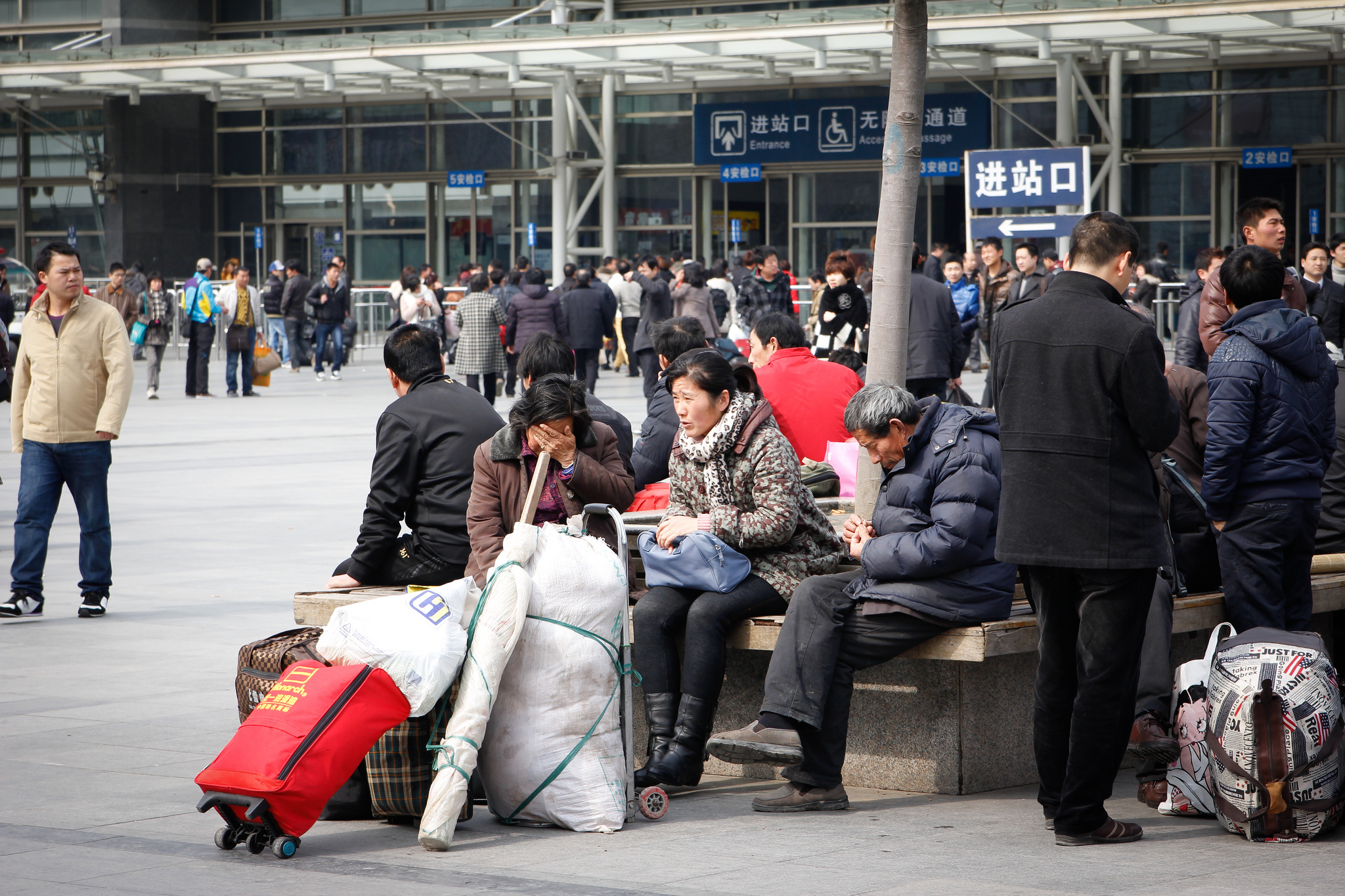 The documentary “Last Train Home,” shown in many college classes on China, opens with a husband and a wife stranded at a train station among tens of thousands of migrant workers waiting to go home for the Chinese New Year. Meanwhile, in their home village, the couple’s teenage daughter and son wait for the parents to return for a once-a-year reunion. Not surprisingly, the relations between the teenagers – who were raised by their grandmother – and the migrant parents are difficult. The daughter eventually decides to become a migrant worker herself, to the disappointment of her parents.

Stories like the above are commonplace in China. Rural families are split between the city and countryside, in order for the husband, or both the husband and wife, to take advantage of urban job opportunities while maintaining their roots in the countryside. Left-behind wives, children and elderly family members not only guard the farmland but also make possible the gender and intergenerational divisions of labour that enable migrants’ pursuit of urban work.

With the increased prevalence of both spouses engaging in migrant work, many rural villages in China now have a hollowed-out age structure, namely, only the young and the old stay behind. Although the number of migrant children in urban areas is on the rise, their access to education is still constrained, and many must return to their home towns in order to prepare for the appropriate curriculum prior to taking the national university entrance examination. In short, leaving children behind remains a common practice for migrants. While research on family relations of members separated by distance is not new, it clearly deserves much more attention in China, where rural-urban migration continues unabated, where family size has declined due to birth-control policy, and where a generation of left-behind children deprived of contact with their parents are fast reaching adulthood with unique experiences and uncharted social implications.

Against the backdrop of an ageing population, the situation of the rural elderly in China is even more serious. With declining birth rates, increased life-expectancy, and continued migration of young adults, the proportion of the rural population aged 65 and older has risen dramatically. The old-age dependency ratio in rural China was 13.5% in 2008 and is projected to reach 34.4% by 2030. The left-behind elderly make it possible for their adult children to pursue migrant work by taking on childcare and farming responsibilities. Research has shown that while rural elders enjoy living with grandchildren, they also feel overburdened and helpless in providing supervision and guidance for young children. Moreover, left-behind elders can no longer count on the age-old tradition of filial piety where children – in this case migrants who return home only infrequently, if at all – take care of parents both economically and physically. The overall lack of social welfare and government support for the rural elderly makes their situation even more precarious.

The prevalence of split households among rural Chinese is often attributable to the hukou system (Household Registration system), widely seen as a source of rural-urban inequality in China. Yet, at least two phenomena suggest that migrants’ strategy is key to understanding split-households. First, contrary to the myth that rural Chinese want to settle down permanently in cities, research has revealed that the majority of rural-urban migrants intend to eventually return to the countryside. This is because to migrant workers, the city is considered primarily a place to earn wages and augment household income rather than a place to take root. Barriers to permanent settlement in cities include not only hukou-related constraints but also the absence of a sustained economic future and a sense of social belonging. Migrant jobs typically are not stable, do not offer career mobility and cannot support the urban cost of living. Moreover, migrants are seen as outsiders and inferior to urbanites, and they are not integrated into urban society. Therefore, it is in their interest to maintain and invest in their social security (immediate and extended family, fellow villagers) and economic security (farmland, house) in the countryside. In that light, a split-household strategy facilitates migrants’ maintaining of the social and economic bases in the countryside for their eventual return. This in part explains migrants’ building new houses and expanding existing ones in the village despite their constant absence, while some have decided to purchase a house or apartment in nearby towns in order to engage in non-farm work upon their return. In addition, migrants leave behind family members to farm or lease out farmland to others – usually without collecting rent – not because of economic gain from agriculture but in order to safeguard and maintain their farmland, again for their anticipated return in the future. Through household-splitting, migrants can earn urban wages, support the rest of the family at a rural and lower cost of living, build and renovate their house, and start saving for their eventual return.

Second, despite hukou reforms that aim at making the urban hukou more accessible to rural Chinese, the response has been lukewarm at best. While most migrants have strong intention to stay in cities, only a small proportion are willing to move their hukou there if given the opportunity. Explanations for this puzzle lie in the changing values of the rural hukou and the urban hukou. Rapid urban expansion has dramatically increased the value of rural land, especially land near cities. Therefore, as long as a rural hukou is associated with land rights, rural Chinese will not easily give up their hukou in exchange for an urban hukou. This is especially the case in locations where future land requisition may bring about large monetary compensations. In addition, recent policies have increased benefits in rural areas. The value of the urban hukou, on the contrary, has declined, as the access to benefits and opportunities is increasingly being regulated by the market rather than central-planning mechanisms. Finally, while reforms that remove hukou barriers tend to focus on small and medium-sized cities, most migrants prefer to settle down in large cities. In other words, the value of a hukou in medium-sized and small cities is perceived to be limited. This mismatch between hukou reforms and migrants’ locational preference highlights the key to the hukou’s future: it is in large and mega cities like Beijing and Shanghai that hukou and migration policies demand the most attention.

In order for migration policies to be more effective, therefore, they must be updated to address the tight connection between the rural hukou and land rights and to take seriously the needs of the entire rural household, especially the left-behind and not just the migrant workers.

C. Cindy Fan is Professor of Geography and Vice Provost for International Studies and Global Engagement at UCLA. This article is based on a forthcoming chapter “Population Mobility and Migration,” in The SAGE Handbook of Contemporary China, ed. Weiping Wu. Image Credit: CC by China Supertrends/Flickr.

A Survey of Violence Against Religious Minorities in India
Muslim Feminism in India: Demanding a Gender-just Sharia