The Beef Ban in India 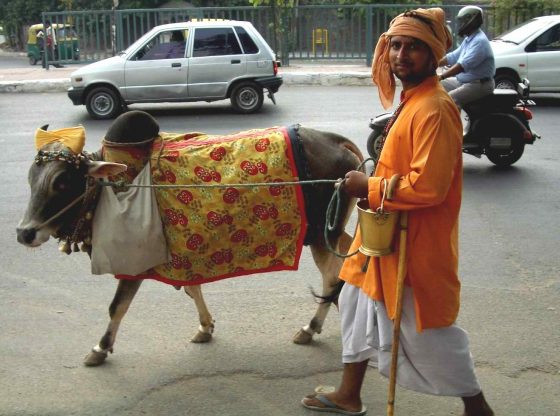 Food is at the epicentre of human life. It is not only essential for survival but the need to have access to one’s choice of food is the base human instinct. Naturally, whenever an external force seeks to deprive a person of his preferred choice of food, a conflict arises.

…does the Government have the legal authority to curb eating habits by prescribing ban on certain animals?

In 2014, the Narendra Modi-led Bharatiya Janata Party (BJP) swept the general elections in India.  The BJP has since made cow protection and the imposition of a ban on cow slaughter a priority. In fact, soon after Modi took charge as PM, the Chief Ministers of states where the BJP is in power  amended the local laws to prescribe severe punishment for the slaughter of cows. Haryana for example, amended its laws to prescribe 10 years imprisonment for cow slaughter, a comparable sentence to someone convicted of rape.

The emphasis given by the ruling BJP party to prohibit the slaughter of cows combined with the rhetoric of some leaders of the party appealing to the party’s supporters to protect the ‘cow mother’ has seen the rise of cow vigilantes. The country has been outraged by instances of persons being lynched to death on the suspicion of eating beef.

In April 2017, after being appointed as the Chief Minister of Uttar Pradesh, Yogi Adityanath ordered a crackdown on all illegal abattoirs in the State, thereby causing an acute meat shortage in the state. In fact, this forced the Aligarh Muslim University – one of the state’s largest universities – to stop serving meat in its hostels, leading to student protests.

The BJP has therefore been accused of ‘forced vegetarianism’. This has aggravated the meat eaters and in particular the Muslims, a religious minority in the country. The Muslims see the BJP’s actions as an attack on their eating habits, which in turn they see as an unfair restriction of personal liberty. Additionally, Dalits consume beef to satisfy their protein needs. This leads to the broader question:

The topic of a prohibition on cow slaughter is not new to India. In fact, the drafters of the Indian Constitution felt that a ban on the slaughter of cows was in the interest of the nation. Article 48 of the Constitution calls upon the government to take steps to preserve and improve breeds and to prohibit the slaughter of cows, calves and other milch and draught cattle. The language of the article reveals that the intention of the drafters was to impose a ban on cow slaughter to save breeds which provide milk and are used as draught. Nothing in the language of Article 48 implies that the intention of the drafters of the Constitution was to ban the sale and consumption of beef within the territory of India.

The question that remains is this. If beef is considered an integral food of a section of the population, can its production and consumption be banned through law? The answer perhaps lies in the intention of the legislature in passing the law. I do not agree with the reasoning of the Supreme Court in the case of Hinsa Virodhak Sangh vs Mirzapur Moti Kuresh which upheld the decision of the Gujarat Government to order the closure of all slaughterhouses in Ahmedabad for 9 days during the Paryushan festival. I think it is strange that the Court cites the plurality of Indian society as a reason for concluding that “non-vegetarians can remain vegetarians for nine days” when in fact, plurality lends more credence to the case for leaving the slaughter houses open.

The sentiments of one group of people can never dictate the food habits of another. Imagine if vegetarians were forced to eat meat during the Thanksgiving festival in the USA or during Eid in Muslim countries! If a member of one community chooses to abstain from meat for a particular period due to a festival, he exercises his right of choice. However, his choice of abstention cannot be forced on others, who choose not to abstain.

I do, however, think that there are other grounds that may be used to justify the ban on cow slaughter or a meat ban in general. If we take the example of dog meat, the general reaction of most would be that it amounts to cruelty, since the dog is a domesticated animal. However, many cultures have a history of consumption of dog meat. The outlawing of dog meat is not generally questioned on the ground of ‘freedom of choice of food’ since dog meat does not conform to modern sensibilities on animal cruelty.

In the case of beef too, the intention of the government would make all the difference. The right to food and the right to choice of food are secured by the right to life and liberty under Article 21 of the Constitution of India. However, the said right is subject to restrictions by procedure established by law. As long as the law curbing the choice of food is reasonable and constitutional and its intentions are legally sustainable, there cannot be any quibble over the same. States where beef is consumed in large volumes, such as Kerala and West Bengal have chosen to not ban it. The problem is, the BJP Government has turned cow slaughter into a religious issue and has inflamed public sentiment. Last year, the Government made it clear to the US that pork imported into India must be free of beef or beef products. In other words, the pigs ought not to have been fed with any product containing beef in it. This sort of a regulation is not based on any scientific requirement but on the justification that it “hurts religious sentiments and provokes riots”.

Therefore, the image that the BJP has created, perhaps to appease its vote bank, is that its cow protection efforts are largely to protect the religious sentiments of the majority and not to preserve breeds for agriculture. This more than anything is the source of heartburn to the minorities. After all, a recent National Sample Survey Office study has shown that only 5 percent of India eats beef whereas one-third of the country eats non-vegetarian (meat) food of some kind.

If the Government is going to be concerned with what passes through the digestive tracts of its citizens, the least it can do is justify it with a scientific and legally palatable reason and not religious sentiment.