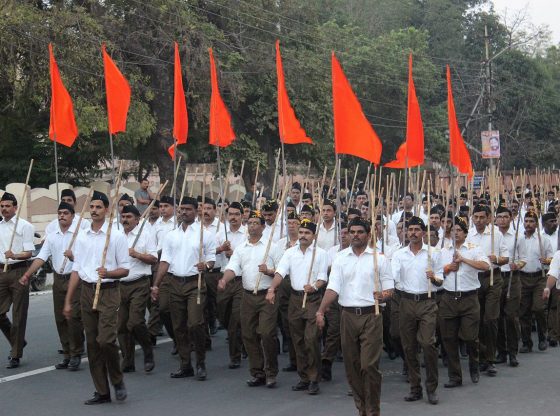 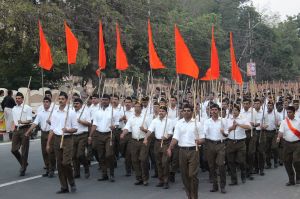 Sometime in 1996, the redoubtable Swami Garran Kishore, a prominent leader of the Vishwa Hindu Parishad, and his colleagues in the Rashtriya Swayamsewak Sangh (RSS) announced they would make Banswara district in Rajasthan free of Christians by 2000 AD.  “Isai Mukt” (Christian free), as he said. The Swami’s call almost went unnoticed, recorded for posterity by local newspapers and Christian human rights groups.

What worries them is the impunity.

Banswara, south of Udaipur is an important staging area for the Bhil tribe dominated region at the tri-junction of the states of Gujarat, Rajasthan and Madhya Pradesh. The Bhils once formed the army of the legendary Rana Pratap of Udaipur in his fights with fellow Rajput chieftains and the battalions of Moghul Emperor, Akbar. A homogenous ethnic and cultural group, they have long been talking of a separate state, on the pattern of Jharkhand, and Chhattisgarh.

This was three years before Graham Staines and his young sons were burnt alive by another Sangh activist, Dara Singh of the Bajrang Dal, as they slept in their jeep in a forest in faraway Manouharpur in Orissa. The Staines’ lynching shocked the western world. The Bajrang Dal, the Vanvasi Kalyan Ashram and the RSS came under the spotlight.

The period also saw a round of “dialogue” between the RSS and the Catholic Bishops Conference of India. The RSS delegation was led by its general secretary, Kuppahalli Sudershan, now dead, and a man called Narendrabhai Damodardas Modi, his junior associate in the Sangh. Nothing came of that meeting other than both Sudershan and Modi berated the Catholic Bishop for not giving up converting people to Christianity.

Giriraj Kishore could not purge Banswara of its Christian population, which is thriving. But the Sangh seems committed to continuing the mission given to it in Bunch of Thoughts, one of its founding texts. In the manifesto, its author Madhav Sadashiv Golwalkar identified three major “Internal Threats” – the Muslims, the Christians and the Communists.

Under Golwalkar’s successors, the Sangh has called for a national law against religious conversions. This subtly targets Christians as it is believed that Muslims do not proselytise – even if they are accused of radicalising the youth – but that Christians work assiduously among Dalits and Tribals in the tribal and forest belt from Gujarat to Jharkhand. This area is rather comprehensively covered by a bunch of anti-conversion laws, ironically called Freedom of Religion Acts. The states of Orissa, Chhattisgarh, Madhya Pradesh, Rajasthan and Gujarat have these acts on the statute books. As do Arunachal Pradesh and Himachal Pradesh in the northern hills.

The Sangh placed some of its best missionaries to counter Christians in areas such as Aseemanand in the Dangs in Gujarat, Lakshmananda Sarasvati in Kandhamal in Orissa, and pressed a local princeling, Dili Singh Judeo of Jashpur, in Chhattisgarh. Lakshmananda was shot dead by Maoists in 2008, and Aseemanand was jailed on charges of conspiracy and murder. Judeo, who passed away in 2013, was, in fact, the first one to organize “Ghar Wapsi” of Tribals in the villages of his chiefdom, washing their feet and garlanding them after purification rites performed under the watchful eyes of his private army.

Aseemanand was said to be the mastermind of the destruction of about three dozen village prayer houses on Christmas Eve, 1998. Lakshmananda and his men were involved in another occasion of Christmas Eve violence, in 2007, in Bamanigaon, a village, in Orissa’s Kandhamal. Many houses were destroyed, a couple of men killed, women molested and possibly raped, and the emerging businesses of Christians totally were wiped out.

Eight months later, Lakshmananda was shot dead in his ashram by a group of Maoists. In the aftermath of his death, mobs aroused by the funeral oration of Dr. Praveen Togadia and a horde of Sangh leaders from Gujarat and the states, unleashed a violence that devastated the district. Even official records speak of over 50 dead, at least two women raped, one a Catholic Nun, approximately 6,000 houses and 300 churches burnt, and 60,000 or more people displaced, some living in forests for months, and about 30,000 sheltered in government camps.

There are Christians still in Kandhamal despite the attempted cleansing. Over 15,000 gathered to celebrate at a church some months ago. But Christmas and Easter are observed under the shadow of guns by platoons of armed police. Justice, or the lack of it, is another matter.

Compared to the Jasper, the Dangs, and Kandhamal, Jashpur seems to be a puny effort in Jharkhand where 53 families living in villages of the Sindri panchayat, “returned to Hindu fold” have converted to Hinduism. It is not known what was their indigenous faith before they became Christians. The RSS has taken credit for the “homecoming” and says it is the beginning of their crusade to make Arki a “Christianity-free” block

The shuddhikarans (reconversion), purification drives, and Ghar Wapsi do not bother the church too much. Church leaders, especially of the evangelical and Pentecostal groups, are convinced that the personalised prayer groups, or healing ministries, are creating a body of people who may not be formally Christians in the Census department’s definition of the religion, but who are eager to hear the message of Jesus Christ.

What worries them is the impunity. Christian rights groups, including the Evangelical Fellowship of India, have often accused the local police and administration of turning a blind eye to coercion and incidents of violence, if not actually colluding with the Sangh activists. The states which are affected, Rajasthan, Gujarat, Madhya Pradesh, Chhattisgarh and Jharkhand are ruled by the BJP, and it was a powerful member of the ruling coalition when the Kandhamal exploded in targeted violence. The region may never be “Isai-Mukt”, but the threat of violence continues to loom over the church.

John Dayal is a journalist and Christian Rights Activist. He was a member of the National Integration Council and the Secretary General of the All India Christian Council. He can be followed on twitter @JohnDayal. Image Credit: CC by Rashtriya Swayamsevak Sangh/ Wikimedia Commons.

Terrorism and Counterterrorism in China: The Other “War on Terror”
Liberalization, development, and religious minorities in India: A capital idea