How to Be a Journalist in China: A Personal Reflection

Home /Culture and Society/Media/News/How to Be a Journalist in China: A Personal Reflection 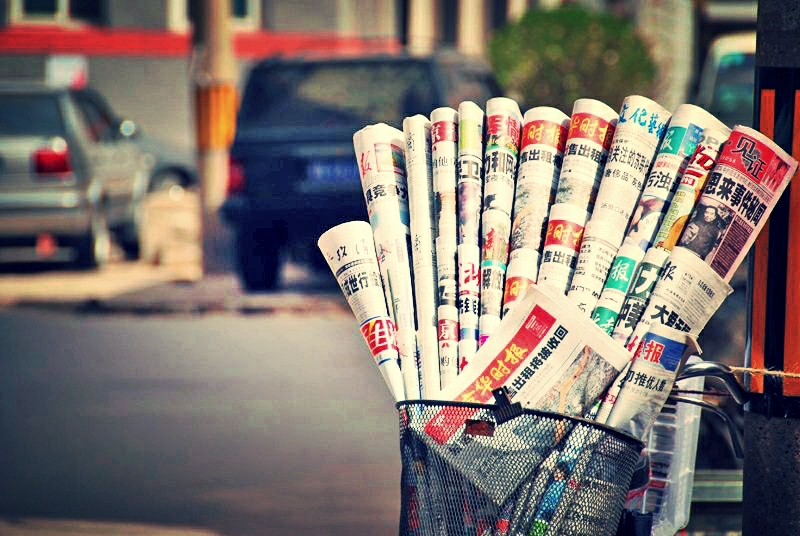 During my seven years of part-time teaching in Hong Kong, virtually all of my journalism graduate students were from mainland China. They were passionate and planned to pursue a career in journalism. Many told me that they were inspired by my story and wanted to be a war correspondent too. Every semester, I would devote a class to explaining how to be a journalist in mainland China, including what kinds of news outlets they could work for.

First, I would tell these aspiring journalists to pick a media outlet eligible to apply for press cards for their personnel from the State Administration of Press, Publication, Radio, Film and Television of the People’s Republic of China (SAPPRFT). Unlike ordinary press accreditation, China’s press card system is intended to strengthen oversight of news journalists and news reporting. Those who ‘violate laws and regulations’ are blacklisted. Although there are still some active journalists in China who don’t have this press card, including personnel at some commercial news portals, they are at serious risk of being targeted by the government for having failed to obtain a license. The Chinese government argues that the mechanism protects journalists and prevents corruption, since, as it alleges, there are ‘fake’ journalists who blackmail businesses and entrepreneurs by threatening to publish negative news stories.

The second issue we would discuss – and also the one that worried me most – is the different definitions of journalism and journalism ethics the students would encounter in mainland China; the definitions contained in our textbooks and used in our classrooms in Hong Kong were from Western countries. The views of China’s leaders, however, often come from a very different school of thought. In November 2016, President Xi Jinping said that journalists must adhere to the correct political direction and be trusted by the party and by the people. This was not the first time he had talked about journalism. Early in 2016, during his visit to three state-media news outlets, he declared that media workers ‘must love the party, protect the party, and closely align themselves with the party leadership in thought, politics and actions.’ As of 2014, in order to obtain the government press card, journalists have to pass an exam on the ‘Marxist view of journalism.’ I took Basic Principles of Marxism in the early nineties when I was an undergraduate in Shanghai. I still vividly remember the role of journalists, according to this Chinese version of Marxism. In short, journalists are the mouthpiece of the party and the people. And the media itself is a place to address the ideology and political ideas of the Communist Party of China, as well as a weapon to defend them. As such, the notion of newsworthiness is not based on the facts or the public and its right to know; nor is it connected to journalistic professionalism.

There is still some space, however, for journalists in China to conduct their work and they sometimes manage to affect policy makers’ decision-making. Despite the government’s policy of censorship, officials at all but the lowest level need true information in order to prevent revolt and monitor their subordinates. This provides the media, especially state media, the chance to do reporting that promotes the social good and social justice, including stories on corruption, abuse of power, and individual citizens facing injustice. Professional journalists are needed for quality journalism and to cover complex stories. In fact, the reputation of certain news outlets rests on the outstanding work of their journalists.

In February, Ma Banyan, a young Chinese woman who was forced to marry a 29-year-old man when she was 12, posted on Weibo that she would sue a local government official for dereliction of duty; the official had illegally registered her marriage without her appearance. She also said that when she reported being raped by her ‘husband’ when she was 13, the local police refused to investigate. Many news media agencies, local and national, followed up and requested that the local government take action. As with any story that causes a stir, news media are not allowed to send their own journalists and must instead rely on the state-media version of the story in their reporting. Nonetheless, the local government reluctantly held a press conference in reaction to the public outcry. Importantly for them, they were able to show their superiors that the situation was under control.

Ma continues to use Weibo to ask for help and media attention, but the story is over. This is the third concern I would explain to my students. Any journalist working in China must be well prepared for censorship and realize that it just can’t be helped. There are no exceptions for any journalists, no matter whether they work for state media or local media. Over 7,000 schoolrooms collapsed in Sichuan province during an earthquake in 2008; nearly 5,000 students died, according to local governments. Chinese journalists were quickly withdrawn from the field and stories about the schoolrooms scandal and the protests of angry parents were buried by the censors. At least one journalist working for CCTV was detained.

As a journalist, dealing with frustration almost every day is painful; being aware of self-censorship is even more difficult. All mainland Chinese journalists, and even some outside mainland China – including me, when I was working for a Hong Kong-based news outlet – have no choice but to adhere to the principle: ‘don’t lie, but don’t tell the whole truth.’ We know that if we cross the line, it will not only bring trouble to ourselves, but also incriminate others. And the problem is, you never know where the line will be. Financial reporting used to be considered a safer, freer form journalism. That was until the financial journalist Wang Xiaolu was jailed for allegedly spreading false information about securities and futures trading. For journalists, self-censorship is the result of a legitimate fear of making trouble.

In recent years, international news reporting has also been strictly regulated by SAPPRFT; only a handful of state media are allowed to send foreign correspondents and local media are prohibited from using foreign wire services directly. They are limited to the wire services of Xinhua and the People’s Daily. Online news portals used to provide opportunities for young journalists to travel domestically and internationally for reporting. Now, though, only the state- and provincial-party-owned news portals are eligible to apply for press cards for their journalists. The state wire services are strictly controlled by the party, especially for stories related to Chinese foreign policy. During the Libyan Civil War in 2011, I was in Benghazi with journalists from CCTV and Xinhua. Some locals held an assembly demanding the Chinese government’s support for the rebel government; they even used banners in Chinese. CCTV didn’t show up; Xinhua was there but only to collect information for internal purposes, not to provide a report on their wire service.

Opportunities do still exist, if students are ready to become good party journalists. Under the overseas propaganda project, the government has invested in digital media and overseas Chinese media outlets. Talented journalists are needed. Opportunities continue to exist also for those who believe journalists should serve as a watchdog, but with risks. China has so many newsworthy stories for journalists to dig up and publish before the censors notice. In my career, working as a journalist for twenty years, it has always been a game: testing the line and seizing that small window of opportunity.

Luwei Rose Luqiu has been a journalist for twenty years and is currently a PhD student at College of Communications of Pennsylvania State University. Her research interests involve censorship, propaganda and social movement in authoritarian regimes. Image Credit: CC by faungg’s photos/Flickr.