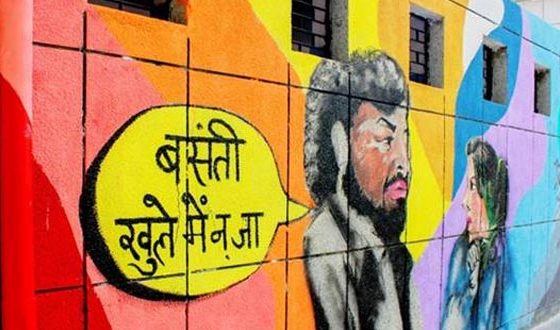 Written by Sujith Koonan.
On 3 April 2017, the Government of India (GoI) issued the ‘Guidelines on Gender Issues in Sanitation’. One of the major objectives was to instruct various agencies implementing sanitation programmes and schemes not to use narratives that perpetuate gender stereotyping and the degradation of women. What would have prompted the GoI to explicitly issue such a guideline? The answer to this question could be found in the dream of making India open defecation free, a dream started at least a couple of decades ago and reinvigorated when the Prime Minister of India, Mr Narendra Modi  selected it as one of his pet projects.

An open defecation free India may be a great idea, but it must not come at the cost of the rights of women.

On 2 August 2014, the Prime Minister launched the Swachh Bharat Mission (SBM Clean India Mission). Since then the term ‘open defecation free’ (ODF) has become a buzzword. It is a progressive step in the light of the high rate of open defecation in India (around 50 per cent of the total population, the majority of which are in rural areas). SBM is leading to what can be called a ‘toilet revolution’ characterised by the significant increase in the number of household toilets. The website of SBM proudly showcases the number of toilets that have been built and the number of villages and districts that have been declared open defecation free since SBM was launched. Overall, the enthusiasm seems to be significant.

One of the strategies to carry out the toilet revolution has been to use the patriarchal structure of the society, where women are mere objects in a social and economic system controlled by men. The strategy was apparently a matter of convenience to bring the desired results in a short period of time. Thus, SBM has systematically used the dominant power of men under the disguise of protecting the ‘dignity’ and ‘privacy’ of women.  The use of patriarchy is obvious in one of the famous promotional videos of SBM casting its celebrity ambassador, Ms Vidya Balan. The  video portrayed a scene where the protagonist (Vidya Balan) asked a man on his wedding day whether he has a toilet at home, to which the answer was negative. This prompted the protagonist to ask the bride to remove her veil (a social practice where women are expected to cover their face, particularly in front of men outside her family). The explicit message was that a man who lets his woman defecate in the open has no right to let his woman follow purdah.  Put it differently, the man has to build a toilet to be able to enforce the purdah system.

A similar strategy has been widely used at the state and the local level. Patriarchal messages were liberally framed and used as part of SBM’s awareness creation programme. Thus, posters appeared showing women squatting in the open. Some posters and paintings contained a man holding his moustache and declaring that women’s dignity is his dignity and resolving to build a toilet. Toilets were also projected as a pre-condition for a wedding and a customary gift by a brother to a sister. The key sanitation policy instrument of the Government of Madhya Pradesh begins with a pledge: ‘I hereby pledge to withstand the dignity of my sister, daughter, wife and mother, as long as I am alive, by constructing a toilet in my house…’  The ‘I’ in this pledge was evidently not concerned about the dignity of ‘brothers’, ‘sons’, ‘husbands’ and ‘fathers’ presumably because they are the ‘I’.

These messages aim to shame men in order to get them to build a toilet. The messages invariably depict the woman as a subject to feel shame; or to ask a man for a toilet; or to receive a toilet as a gift from a man. Agency, autonomy and personhood are apparently the monopoly of men. The underlying objective is to use the decision-making role and the economic power exercised by men in society, to promote the construction of toilets. Further, the strategy is to utilise the traditional masculine role of men as the ‘protector’ of women. Feminist scholars and movements have constantly challenged these premises. Nevertheless, SBM has been using it and the implementing agencies will justify the strategy by showing the results in terms of the number of toilets constructed or the number of villages turned ODF. It is also plausible that the implementing agencies will not even understand it as problematic due to the normalisation of patriarchy and its power to capture the consciousness.

The violation of gender equality is only a part of the larger picture of male domination and gender insensitivity prevalent in the sanitation sector where the sanitation needs of women, for instance menstrual hygiene management, are generally ignored. The on-going approach is in direct conflict with a number of human rights, most importantly gender equality and the human right to sanitation. While the former requires respect for the dignity and agency of women as an equal person, the latter requires a rights-based approach to sanitation initiatives, which essentially requires respecting other human rights.

The objective of ODF may be a progressive one. The fact that it has received wide attention is worth appreciating when compared to the low attention sanitation issues received in the past. However, it is not sacrosanct either to justify the violation of one of the basic principles of the Constitution of India, that is gender equality. It is to be seen how far the recent Guidelines are going to influence the basic approach of SBM. It is not going to be easy especially when the implementing agencies at the local level have understood patriarchal narratives as one of the most effective strategies to achieve results. It would be a serious regressive step from a human rights point of view if SBM continues to use patriarchy to achieve the target of making India ODF by 2 August 2019. While targets and deadlines are welcome steps,  caution must be taken to avoid the translation of the pressure to meet the deadline into violations of human rights. An open defecation free India may be a great idea, but it must not come at the cost of the rights of women.

Sujith Koonan is a Teaching Fellow and Research Associate at the Center for Water and Development, School of Oriental and African Studies (SOAS), University of London. Image credit: NDTV Swachh India

Small acts of journalism: Professionalism and Integrity in CCTV’s English-language news
Why North Korea’s nuclear threat must be taken more seriously than ever