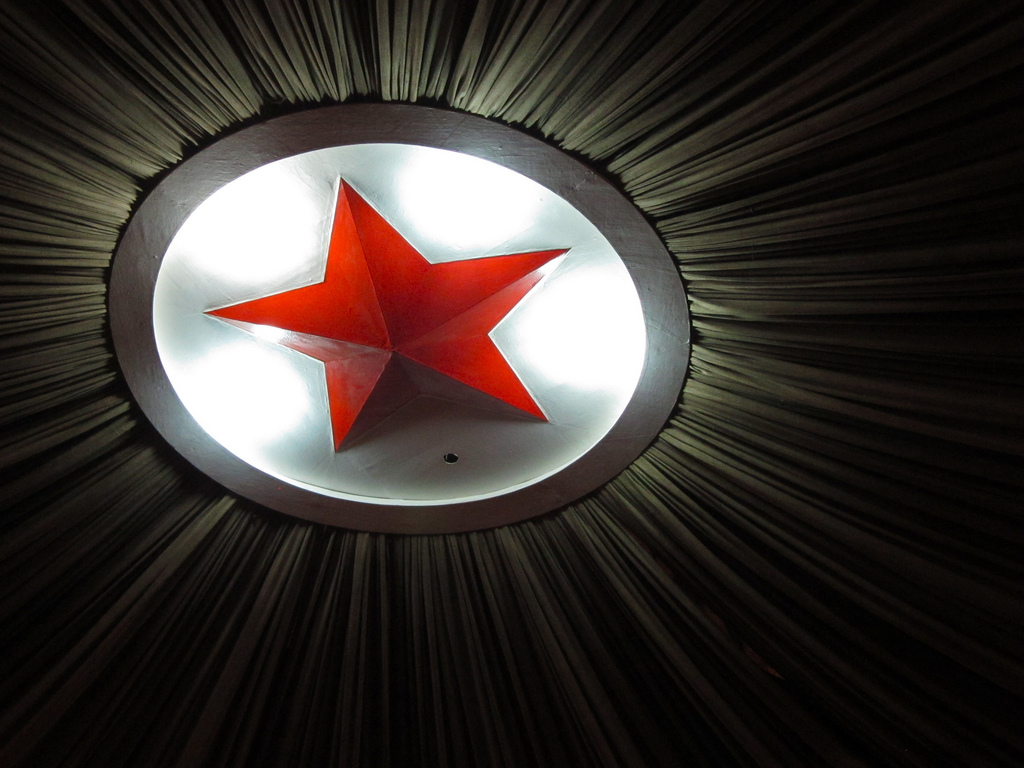 During what was the 2017 Easter weekend for most of the world, North Koreans celebrated the “Day of the Sun”. It was the 105th birthday of the country’s late founding leader and “eternal president” Kim Il-sung (1912-1994).

But it wasn’t the parade that signalled North Korea’s belligerence; numerous other countries hold military parades to mark some significant occasion or another.

Instead, what was clearly aggressive was the presentation of a mock-up video of the country’s ballistic missiles destroying an American city during a national musical performance.

This video is the most visceral expression yet of Pyongyang’s intentions. Its telecast was likely timed to coincide with the expected arrival of the US Navy’s aircraft carrier, the USS Carl Vinson, and its accompanying fleet of warships in Korean waters.

On April 8, US President Donald Trump and other American officials told the media that the Carl Vinson had been ordered to make its way towards the Korean peninsula. The likely plan was to demonstrate American resolve in managing the crisis that North Korea’s nuclear weapons program has created.

Subsequent revelations that the warship was actually heading south for exercises with the Australian Navy at the time showed a series of blunders in internal communication. But the fact that the Carl Vinson has arrived off Korean waters two weeks later does not change the prospect of a military conflict between North Korea and the United States.

The key question is whether North Korea does have nuclear weapons that it can readily use against the United States and its regional allies, South Korea and Japan. It’s still unlikely North Korea has the current capability to launch a nuclear-tipped intercontinental ballistic missile that can destroy an American city.

North Korea’s scientists have yet to master the technology to build missiles that can traverse this distance and to construct warheads that can survive re-entry into the Earth’s atmosphere after space flight.

But years of testing has allowed North Korea to inch closer to getting right the extremely demanding science of building and launching viable intercontinental nuclear weapons. And this is why the United States is against further testing, to the point that the Trump administration seems serious about justifying pre-emptive strikes on the basis of further nuclear and missile tests.

What is of immediate concern is that previous tests have led to North Korea being able to achieve the relatively easier requirements of building workable medium-range ballistic missiles, with small enough warheads, to strike American bases in South Korea and Japan. These have about 80,000 US military personnel in total.

North Korea may already have as many 20 nuclear warheads that are small enough to be carried on its Nodong (or Rodong-1) medium-range missiles that can reach these bases. And the Trump administration seems to not want to risk the lives of American soldiers by assuming that North Korea doesn’t already have this nuclear capability.

The cost of that mistake would be the lives of not just 80,000 American military personnel but also countless South Korean and Japanese lives as well. In fact, a North Korean nuclear attack, which will likely develop into war, can be expected to create a humanitarian, environmental and economic catastrophe that will set back the international community.

This is what’s immediately at stake for everyone. And it explains why the United States is putting pressure on China, as an ally of North Korea, to influence it to stop its nuclear weapons program.

But if China and other countries fail to stop North Korea building nuclear weapons, the United States will feel pressured to use military force to destroy whatever nuclear weapons and ballistic missiles sites it can locate by satellite surveillance.

The decision to divert the Carl Vinson to waters near the Korean peninsula may also be driven by new intelligence on North Korea’s nuclear threat. The challenge is that sending an American naval armada towards North Korea risks triggering the very nuclear attack against US bases that the Trump administration is trying to avoid in the first place.

This could explain why the administration said it was sending its naval vessels two weeks ago when it really did so later. It may have been to test North Korea’s attitude without escalating the situation by the actual presence of American naval forces that could trigger military action by Kim Jong-Un’s regime.

Why would North Korea want to use nuclear weapons against American bases in Northeast Asia in the first place? It is helpful to remember that, technically, North and South Korea have been at war since 1950 (the Korean War ended in 1953 with an armistice rather than peace). And that the United States has chosen to provide military assistance to the South to help protect it from any aggression by the North.

North Korea may have a very large army of about one million soldiers. South Korea effectively has half that number. Although the majority of South Korea’s able-bodied male citizens may contribute to a military reserve of a few million soldiers, mobilising them in time to respond to a conflict is another question and their role is often excluded from analyses.

As such, the American military personnel and the superior equipment, aircraft and ships that they operate provide the South with a better chance of avoiding defeat should war break out.

Pyongyang’s intention in using nuclear weapons would be to destroy these American bases to remove the advantage they give to South Korea’s national defence. This is why the threat of nuclear use, especially by a more brazen regime under Kim Jong-Un, needs to be taken very seriously.

Such is the current quagmire as the world waits to see how the geopolitics of the Korean peninsula will unfold over the next few months. And as strategists and policymakers scramble to find other approaches for halting North Korea’s growing nuclear threat.

Graham Ong-Webb is a Research Fellow at S. Rajaratnam School of International Studies at Nanyang Technological University. This article was first published on The Conversation and can be found here. Image credit: CC by John Pavelka/Flickr.