Trade and Environment: An aligned approach 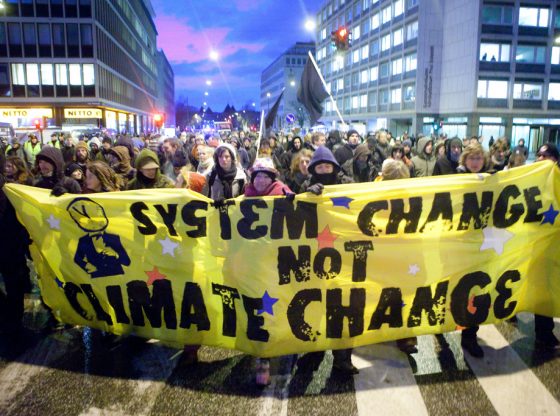 The effects of global climate change are already observable across the world. The sea levels are rising, glaciers are shrinking, plants and animals have shifted their habitats.  The Intergovernmental Panel on Climate Change (IPCC) states: “Taken as a whole, the range of published evidence indicates that the net damage costs of climate change are likely to be significant and to increase over time”. Given these concerns, we have witnessed sustained debate over the environment versus growth trade-off.  Environmentalists believe that extensive growth activities exert pressure on natural resources and hence deteriorate environmental quality. In contrast, traditional economists claim that dedicated environmental protection efforts limit the potential levels of economic growth in an economy. An important extension of this persistent debate involves the exploration of the relationship between globalization and the environment. Trade openness is one of the major drivers of economic growth. However, it is believed that this leads to environmental degradation.

… world economies must make a huge leap towards green growth and trade through the adoption of environment-friendly and innovative techniques in the production processes.

Recognizing and unfolding the trade and environment linkages, renowned trade economists Grossman and Krueger identified there are three impacts of trade on  environmental quality. First is the scale effect that predicts increased economic activity due to increased trade and thereby increases the use of the existing resources of the trading partners, leading to environmental deterioration. Second is the composition effect that relates to the concept of comparative advantage of international trade. A developing country is expected to have a comparative advantage through the lax quality of its environmental regulations as compared to the developed economies. This leads to the shift of production of polluting goods to  developing countries and hence a rise in the exports of pollution intensive goods from developing to developed countries. The third impact is through the technique effect which claims that with increased trade, there is an increase in the national income that can be invested in environmentally sound technology. Hence, the technique effect increases environmental quality.
Against this backdrop and given the substantial interconnectedness among the economies of the world, it becomes imperative to understand the dynamics  between environmental quality and trade relations. The debate over carbon leakage is relevant here.  A recent study evaluated the possibility of carbon leakage due to the Kyoto Protocol climate policy (in the context of commodity specific trade of selected South Asian economies – India, Pakistan and Sri Lanka – with their top trading partners). Interestingly, the authors observed the presence of the reverse leakage in this particular case, the concept that has been termed in the literature as “negative leakage”. This implies that there is a higher export flow of less carbon-intensive commodities from the South Asian countries to partners that adhered to the Kyoto Protocol policy to cut their emission levels. This finding is supported by other recent research  wherein the authors observe negative leakage in the case of India’s trade. These findings  question the possibility of carbon leakage associated with North-South trade linkages. On the contrary, it depicts the flow of less carbon-intensive products that contribute to the abatement efforts of the advanced economies, a phenomenon that has been termed as the “abatement effect.”
Another factor that contributes to this reverse or negative leakage process is the transfer of technology through trade linkages. The unilateral climate policies of the developed economies foster the adoption of emission-reducing and innovative technologies. With trade linkages between the advanced and emerging economies exists the possibility of the diffusion of these technologies to developing countries. This process of technology diffusion through trade contributes to improved production methods in developing countries and consequently leads to negative leakage.
The possibility of negative leakage presents a case against trade distorting policies such as the Border Carbon Adjustment (BCA) tax that is implemented to combat the possible impact of the leakage phenomenon.  BCA tax is a carbon tax that taxes the imported goods in a way equivalent to domestic production in the importer country (it equalizes the price of a pollution-intensive product for the imported and domestically-produced categories to combat leakage possibility. That is the additional emissions are taxed).  It has been argued that BCA measures aim to protect the domestic producers facing stringent climate change policy measures against the foreign producers that are not bound to follow such policy measures. However, there are possible issues associated with the BCA measures. This includes its possible incompatibility with the WTO (World Trade Organisation). Furthermore, as discussed, these measures would reduce the welfare levels of developing countries by making their exports less competitive.  Instead of focusing on the welfare reducing policies like BCA, policymakers should focus their attention on the ways to align  trade and environmental objectives. The best suited approach for this purpose is to facilitate the exchange of advanced technology among the economies of the world. Instead of getting trapped in this unending debate, world economies must make a huge leap towards green growth and trade through the adoption of environment-friendly and innovative techniques in the production processes. This presents a case for the economies to focus on appropriate national and international policies in this direction.
Dr Prerna Prabhakar is an Associate Fellow at the National Council of Applied Economic Research (NCAER), New Delhi. Image credit: CC/ Flickr
Room for Debate? News and Public Opinion in China
Chinese media are betting on Africa, but is anybody really watching?