The future of dams in mainland Southeast Asia: Not as concrete as many think 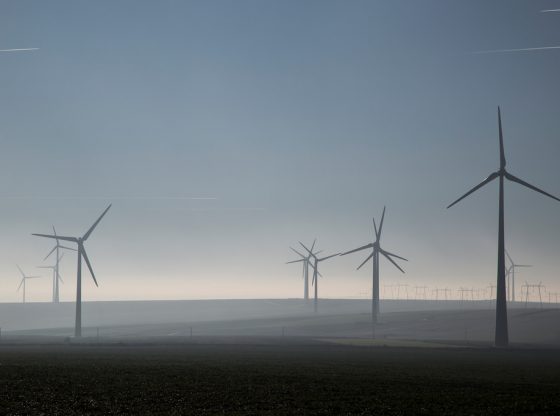 As one of the world’s most dynamic economic regions, Southeast Asia is undergoing a rapid transition period of urbanization, industrialization, high population growth, and a resulting rise in electricity demand. Economic development and demands for energy are closely related: industrial development and rising living standards depend on the availability of reliable electricity. For the least-developed countries of Laos, Myanmar, and Cambodia, meeting rapidly rising demand has been a significant challenge given their limited financial, technical, and human resources. As a proven technology that has historically been affordable and reliable, hydropower is a key element of these countries’ planned energy portfolios. However, the factors that make it appealing are also subject to change. As renewable technology becomes increasingly competitive and situational hydropower greenhouse gas emissions are better quantified, energy planners may need to re-evaluate how to optimize domestic resources and reconsider the role of hydropower in national energy plans.

These countries have an opportunity … to leapfrog past older technologies, including large-scale and mainstream hydropower projects with potentially significant environmental and social impacts.

Planners in all three countries prioritize hydropower and coal as primary sources of electricity: Myanmar has the highest hydropower potential at an estimated 100 GW, and hydropower currently provides 63 percent of its electricity supply. Moving forward, Myanmar is exploring various energy portfolios, but most feature hydropower as the dominant source through to 2030. While Cambodia has not officially released a national energy plan, it has an estimated 10 GW of potential hydropower and aims to develop more than 70 dams to reduce dependency on imported energy from neighbouring countries. Laos has pinned its economic development on developing and exporting most of its 18 GW of technically feasible hydropower potential to demand centres in Vietnam and Thailand.

Hydropower’s current predominance in mainland Southeast Asia is due to its relative affordability, selling at approximately 4 cents per kilowatt-hour (c/kWh) in Vietnam and 6 to 7 c/kWh in Laos. However, there is growing anecdotal evidence that hydropower projects currently in the pre-feasibility study phase will be less economically competitive in the future. Approximately half of the proposed projects in Laos and Cambodia are already in some phase of development. The remainder of these projects are awaiting feasibility studies. Their completion will usually require additional transmission lines, roads, and other infrastructure due to their less than ideal location, as well as increasing demand for more effective, and more expensive, mitigation and safety technologies due to investors’ internal standards, shifts in local laws, and growing public criticism of development projects. All of these factors will require raising the price of electricity in order to make a profit, and so new projects will likely be more expensive. Private conversations with developers indicate that tributary projects in Cambodia and Laos will likely sell electricity into the grid at approximately 9 c/kWh and 8 c/kWh respectively. For some developers, these higher prices raise questions about whether or not these projects will be profitable in the long-run.

As hydropower’s price is rising, the price of renewable alternatives are also dropping: within the United States, the unsubsidized levelized cost of electricity dropped approximately 85 percent for utility-scale solar and 66 percent for wind between 2009 and 2016. These shifts make utility scale solar and wind competitive with traditional fossil fuel sources in some locales. Solar and wind power have also become more competitive globally, with the record low price dropping from approximately 8.4 c/kWh in 2013 to less than 3 c/kWh in 2016. This price drop puts solar and wind power at a better price than coal in some places.

The swift drop in price hasn’t yet reached Southeast Asia, and may not until policies shift to support the adoption of renewables, but the prices have dropped enough that commercial-scale pilot projects are feasible: Laos has recently opened its first pilot solar project, and the Asian Development Bank has confirmed a loan for the first pilot project in Cambodia. Both will be selling electricity into the grid, at 8.1 c/kWh and 9.1 c/kWh respectively. Myanmar has embraced solar power in order to swiftly meet rising needs, with 220 MW and 300 MW commercial-scale solar plants already in the works, but has limited plans to rollout additional plants in the near-term. Wind has also become increasingly competitive—Cambodia and Myanmar do not have significant wind potential, but a Thai firm has already signed a deal for a 600 MW wind farm in Laos.

While still higher than current hydropower prices, the increasing competition means that new hydropower projects may start to face questions about profitability for investors, as profits must be returned over the course of decades given the large upfront capital investment and maintenance costs. With prices for solar and wind power anticipated to continue dropping in the future, investors in traditional technologies—whether coal, natural gas, or hydropower—will need to consider long-term profitability. It takes significant time to conduct a feasibility study, and years to construct large projects. As a result, projects that are currently under discussion now may not come online for a decade, barring additional delays due to public backlash.

Apart from questions of price, climate change considerations raise questions about the long-term reliability of hydropower projects. Southeast Asia’s seasonal monsoon climate already limits the efficacy of hydropower projects during the dry season due to water shortages. Drought can further impact the reliability of hydropower, and in Southeast Asia the 2015-2016 drought attributed to the El Nino effect negatively impacted hydropower productivity for tributary cascades throughout the region. This recent drought is a harbinger of what is forecast for the future: climate change studies for Southeast Asia predict increased variability and intensity of rainfall and more regular extreme drought and flood events. Hydropower plants are intended to operate on the scale of 50-100 years, but planners appear to have largely ignored the potentially significant changes in water availability in their project design.

Finally, most countries define hydropower as a renewable energy source, contrasting its minimum emissions with those produced from fossil fuels. While hydropower appears to be cleaner than fossil fuels, studies increasingly show that it is not emission-less: the most recent studies indicate that reservoirs contribute 1.3 percent of total emissions. As evidence builds, it is likely that countries will eventually be required to account for emissions from reservoirs within the context of climate change agreements.

The question is not whether the energy market in these countries will respond to these shifts and risks, but how quickly energy planners will do so. Many other emerging markets are already beginning to shift towards greater integration of renewables. Hydropower is already a major part of the regional energy supply, and it will have an important role to play in the region’s future. These countries have an opportunity that already developed nations, with established grids and already built-out electricity supplies, do not—the opportunity to leapfrog past older technologies, including large-scale and mainstream hydropower projects with potentially significant environmental and social impacts. If the initial investments in solar and wind power in Laos, Cambodia, and Myanmar prove profitable, it will be vital for energy planners to re-evaluate national policies and planning priorities to avoid locking in assets that will not be competitive in the future.

Courtney Weatherby is a Research Analyst with the Stimson Center in Washington D.C. Her research focuses on infrastructure development, climate change, and energy issues in Southeast Asia, particularly the food-water-energy nexus in the Mekong River Basin and China’s investment in regional energy infrastructure. She tweets @cbweatherby. Image credit: CC/ Flickr

Chinese media are betting on Africa, but is anybody really watching?
Introduction to Special Issue on the Chinese Startup Scene