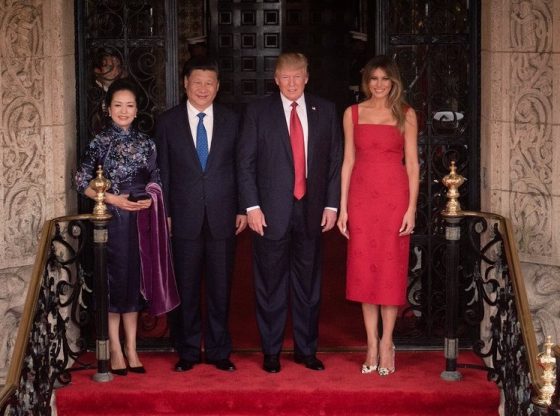 One could be forgiven for trying to keep up with the wild gyrations in the evolving China strategy and how to interpret what has taken place.  Veering between bombastic rhetoric designed to enflame and meek apologist, Trump policy seems to leave most guessing and confused, his team not the least of these.  So what, if any, is the fundamental framework for his China policy?

Trump had and still has almost no team that focuses on China.  No one on Trump’s team would be considered a China or even an Asian expert.

Typically, Presidents enter office with well formulated visions for the policy direction they want to pursue.  Trump, however, is anything but a typical presidential candidate.  There are a couple of points worth making here about Trump the candidate. First, despite all the hand wringing about his campaign statement about how he planned to handle China once in office, he fits neatly within the history of US presidential candidates. The modern history of US presidents is littered with those who promised on the campaign trail to stand up to China, with varying degrees of strength, and once in office become extremely pragmatic in their policies.  Trump rhetoric on the campaign trail was more extreme than previous candidates but the pattern of rally promises morphing into policy pragmatism is not novel.

Second, whereas most presidential candidates enter office with a team of advisers who would be considered various types of experts in the field (that moderate and merge with institutional forces once in office) Trump had and still has almost no team that focuses on China.  No one on Trump’s team would be considered a China or even an Asian expert.  Even Peter Navarro, despite being known mostly for his work on China, has spent minimal time in China with a similarly thin research background of any kind on China.

Currently, the Trump administration has the largest amount of unfilled positions of any president in modern history with specific deficiencies in Defense, State, and Treasury — key areas of importance when dealing with China. Outside of Navarro, the people Trump has surrounded himself with focusing on foreign and economic policy tend to be much more globalist. Gary Cohn and Rex Tillerson come from globalist economic pragmatist backgrounds that are less prone to the Navarro protectionist nationalism strain of thinking. This is clearly one aspect that has influenced the more recent policy shifts.

This lack of a well-articulated policy framework with a team bringing lengthy experience to bear has left the novice Trump administration veering sharply between both open globalism and fiery protectionism. So what does this mean for Trump’s China policy going forward?

While it is too early to say with a high degree of certainty, most signs appear to point to Trump policy drifting towards an equilibrium of traditional US foreign policy historic wary engagement with China coupled with selective issue specific battles.

Despite all the talk of Trump protectionism, there has been virtually no concrete action or policy changes to date restricting Chinese trade or investment in the United States. China has even announced a series of tentative market opening measures, albeit with minimal detail and no follow through yet, that appear likely to try and head off Trump charges of Chinese protectionism.

Even where Trump pursued protectionist measures against China, they are well within the bounds of the Obama administration’s policies.  For instance, the Trump administration has initiated cases against China on steel and aluminum exports with more protectionist personnel in key offices like the US Trade Representative. However, this is keeping in line with the Obama administration’s policies of pursuing anti-dumping cases in steel and aluminum.  The Obama administration even published numerous documents raising concerns over Chinese investment in key industries like semiconductors that raised valid national security concerns.  While it may be fair to question the wisdom of these policies, these are not outside the realm of traditional policy skirmishes between the US and China.

Given the rise of more globalist minded advisors than the more nationalist group of campaign advisors, it appears likely that Trump will settle into a more traditional strand of American engagement with China than either his critics or supporters will readily acknowledge.

There are a few important caveats or key follow up to this general analysis. First, in this analysis, I am separating rhetoric from concrete policy, diplomatic, or legislative shifts.  I do not mean to imply rhetoric is unimportant only that I want to try and separate the “Tweeter-in-Chief” from concrete behavior.

Third, it is worthy of note that the Trump administration appears to be pursuing a more muscular defense policy with regards to its dealings with China and Asia.  However, this is more of a return to the military foreign policy of Bush and Clinton than the more restrained Obama administration in defence matters.  Even in the Obama administration there were deep misgivings about the South China Sea policy, for instance, that even Clinton worried gave China the wrong signal.  Put another way, early Trump defence policy is less an outlier than a return to pre-Obama norms. Interestingly, at least on North Korea, Beijing seems to be entertaining Trump’s plans for the moment even if they lack a full throated endorsement and any South China Sea issues have been tabled for the moment.

Fourth, Trump remains a high variance, unpredictable candidate with already high levels of turnover within his appointed staff.  The current trend appears to show Trump moving towards a more traditional foreign policy stance with regards to China, but this could rapidly change due to a variety of issues such as event shocks, personnel turnover, or how China responds (to name a few). Given the Trump propensity to change direction, it should come as no shock if the current trend we witness changes dramatically, but there is some evidence that Trump is returning to more traditional foreign policy stances.

A key finding in political science is that the executive is much more policy constrained across multiple layers than is widely understood. This results in significant differences between candidates’ campaign rhetoric and their policy decisions once in office.  While the Trump rhetoric as President has moderated only slightly from the campaign trail, it does appear notable that the reality of governance and institutional constraints appear to be setting in.

In spite of all the hand wringing, slings, and arrows, the Trump administration appears to be drifting towards executing much more standard historical US foreign policy than recognized. At the end of the day, Trump rhetoric may be little more than sound and fury signifying nothing.

Christopher Balding is Professor of Economics at the HSBC School of Business at Peking University. He tweets at @BaldingsWorld. Image credit: CC by Wikimedia Commons.