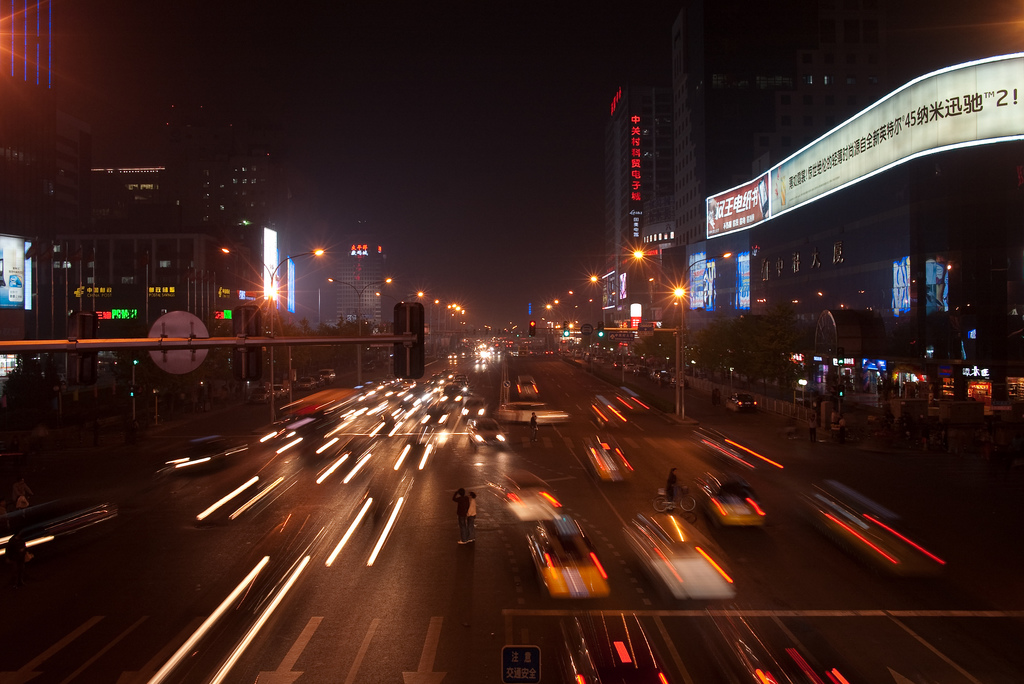 Despite being considered one of the best startup locations in Asia, Beijing suffers from a potentially significant structural problem. Like a small number of other international startup cities, there appears to be a notable disconnect between the local startup scene and the expat startup scene. This article will consider this problem in further detail.

I’m a Beijingren (北京人). Having spent considerable time in the city previously, I still have a strong affinity despite now only regularly visiting the city whilst actually being based in the startup nation, Israel. My startup company remains in Beijing and through our administration of the lean startup meetup in the city, I still have the privilege of assisting many entrepreneurs who form the city’s vivid startup eco-system.

My experience of the startup system in Beijing led me to an observation of the scene that can be applied to a number of other young startup cities in the country and perhaps even further afield.

Not a single ecosystem, but two ecosystems

Beijing has two separate eco-systems, one for foreigners and one for locals, and although there is an overlap between those ecosystems, I would argue that the overlap is not of significant size.

Beijing is a particularly good example of this phenomenon, as these eco-systems are also geographically separated. The foreign startup community has most of its activity in Chaoyang district while the local entrepreneurship/startup community resides in Haidian and specifically around ZhongGuanCun (中关村) area (sometimes referred to as the Silicon Valley of China).

One can observe a similar phenomenon in Hong Kong as I did when visiting the RISE conference last year. I asked one of the local teams I met to which events they go more often, the local or the international ones. I also asked which of the community events are most popular, the international events or the purely local events. The answer was: “The local events”.

This realisation raises difficult questions for anyone who has been involved in the startup communities. I spoke with a friend in Hong Kong who is also a community leader and raised this question to him. If we are organizing and leading a community that doesn’t appear to fully integrate local members, are we legitimate community leaders? Of course, the title isn’t of central importance here but rather our own position in and interaction with the community. Have we instead been involved with the establishment of a startup community that sits at the side of the local scene, unintegrated and only loosely related?

This observation I’m bringing here is important and is also represented in a research made by Startup Gnome.

Beijing is ranked #4 on Global Startup Ecosystem Report for 2017 and is #1 among Chinese cities (and indeed amongst Asian cities). Beijing is also ranked as one of the lowest (#19 out of #20) in Market reach because of its insular ecosystem.

Beijing debuts in the global top 20 coming in at #4 overall, with Startup Performance only narrowly behind the one found in Silicon Valley. Funding, Talent, and Startup Experience are the other Factors with a performance that can easily keep up with the top ecosystems in the U.S. and Europe. Apart from international investment activity, Beijing is somewhat of an insular ecosystem, ranking #19 out of #20 in Market Reach due to a low Percentage of Foreign Customers and a lack of Relationships with Founders in other Startup Ecosystems. Given the ecosystem’s size and scale, Asia’s tech mega center is bound to continue its trajectory as an ecosystem superstar.

I would make the case that this particular weakness in the Beijing startup system eco-system is in fact due to the manner in which the international and local start-up centres have developed apart. Local startups are simply not interacting frequently with foreign entrepreneurs and vice-versa. This is particularly troubling in a sector where interaction and network development between actors is crucial.

Thomas Graziani Co-Founder of WalkTheChat is quoted in the Startup Genome report showing this complexity:

“Despite its dynamism, Beijing remains a mostly hostile environment for foreign founders. Access to capital is limited, building partnerships is challenging, and most importantly, hiring is a struggle. These problems are due to the belief that foreigners can’t really understand the Chinese market and succeed in it. And this belief is, to a large extent, justified.”

A better environment for collaboration between local and international entrepreneurs would allow two significant improvements:

The two sides still have difficulty understanding the other, with foreigners trying to get “a piece of China’ while local companies are looking for international expansion.

Early signs suggest that there is reason for optimism and though still underdeveloped, my own experience in Beijing suggests that the overlap between the two communities is growing. This suggests that though the old barriers of culture and language remain, the desire to overcome them is increasing.

Shlomo Freund is an entrepreneur, speaker and mentor involved with tech business in China. He has written on Sino-Israeli developments for Forbes and is the founder of “Startup Noodle” advising tech companies on china market entry and co-host at “China Business Cast” podcast where he gives a stage to those who see their personal and professional growth in china. He is also the founder of AppInChina a consulting firm which helps distribute and promote foreign mobile apps in the Chinese market and a mentor in Chinaccelerator and HTC Vive X accelerator.

The Trump Administration and Japan
Trump and India's Foreign Policy: An Era of Uncertainty