As tensions in the region rise, Japan again debates its pacifist constitution 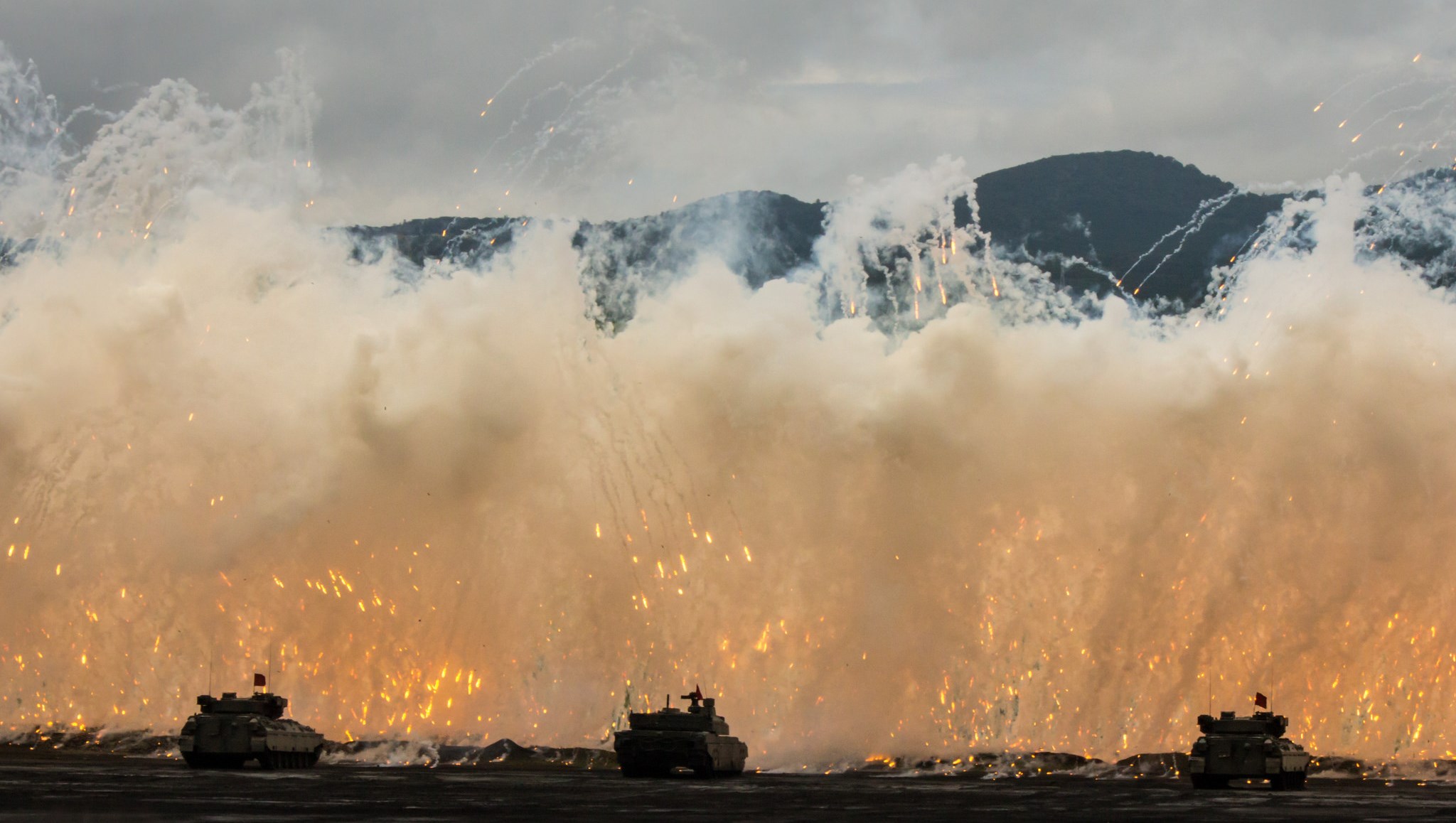 Japan could finally be gearing up for the first-ever change to its constitution. In a recent video address to a pro-constitutional revision lobby group on the Constitution Day public holiday, Prime Minister Shinzo Abe declared “the time is ripe” to begin a debate on possible change.

This is the clearest statement yet of Abe’s ambition to alter the pacifist Article 9 of the Constitution. He set a target date of 2020, when he hopes Japan will “be born anew”.

More deployments in a tense region

Abe’s conservative Liberal Democratic Party (LDP)-led government returned to power in 2012. Since then, it has incrementally shifted Japan’s defence posture to be able to deploy the country’s potentially powerful Self-Defence Forces more widely within the limits of the force-restricting Article 9.

The only article under Chapter 2 of the Constitution, which is titled Renunciation of War, it says:

Aspiring sincerely to an international peace based on justice and order, the Japanese people forever renounce war as a sovereign right of the nation and the threat or use of force as means of settling international disputes. In order to accomplish the aim of the preceding paragraph, land, sea, and air forces, as well as other war potential, will never be maintained. The right of belligerency of the state will not be recognized.

Legislation passed in 2015 reinterpreted Article 9 to allow the forces to assist allies – particularly the US – in collective self-defence when needed.

The first such use occurred a few days before Abe’s Constitution Day announcement. Japan’s largest warship, the helicopter carrier Izumo, escorted a US Navy supply ship for a few days along the Pacific coast of Japan.

This was a purely symbolic gesture as there was no actual danger. But it was a clear diplomatic statement: Japan was now ready to assist the US in potential military action – especially aimed at deterring North Korea and, implicitly, China.

Another Japanese destroyer later joined the Izumo in its escort mission. This came in the wake of a potentially more hazardous deployment in April, when Japanese vessels and aircraft joined the USS Carl Vinson carrier battle group, which the Trump administration had sent on a provocative cruise in the Sea of Japan.

The Self-Defence Forces have long held joint manoeuvres with US forces. These are permitted under the Constitution as training activity for self-defence. But this show of force in waters close to North Korea was a deliberate demonstration of Japan’s will to engage in combat alongside the US if necessary – should North Korea continue its latest series of ballistic missile tests.

Still, this latest crisis period gave the Abe government perfect justification – and an opportunity – to embark on a more determined path towards constitutional change.

In an interview following his video address, Abe suggested the Article 9 amendment would retain its war-renouncing clauses. But he said it would add a paragraph to formally stipulate the Self-Defence Forces’ existence to clarify their constitutionality.

Abe indicated the LDP would not put forward the controversial constitutional reforms it proposed in 2012. These would have replaced the Self-Defence Forces with “national armed forces”. Instead, the LDP would seek a broad consensus with other political parties.

In the first parliamentary debates following these statements, Abe rejected criticism from opposition parties that inserting a paragraph into Article 9 that clearly defines the Self-Defence Forces would enable deployment to armed conflicts overseas.

Abe said that since the war-renouncing clauses would be maintained, Japanese forces would not join wars abroad. He claimed many legal scholars consider the forces’ very existence unconstitutional – hence his motive for proposing constitutional change was merely to resolve this ambiguity, and therefore improve Japan’s overall security.

The process of constitutional change will first require selecting the relevant provisions – in this case, Article 9 – and having the parliament’s Research Commission on the Constitution draft revisions.

The revisions would then be screened by the Commissions on the Constitution of both houses of the parliament (Diet). These would be put to a vote at each commission, and then again at plenary sessions of each house, where at least a two-thirds majority in both would be needed to pass them.

A public referendum approving the amendment then has to pass by a simple majority of the electorate.

If the referendum is held after the Tokyo Olympics in 2020, it would also come after the next elections for the lower house, due by the end of 2018, and for the upper house, due in July 2019.

Abe will seek re-election as LDP leader in September 2017 for an unprecedented third three-year term. This would make him Japan’s longest-serving postwar prime minister, and give him the chance to finally oversee his long-desired goal of revising Article 9.

Blocks on the way

But the next scheduled increase in the consumption tax rate is due in October 2019. This unpopular measure could put the LDP at risk of losing the two-thirds majorities it commands in both houses of the Diet, with the support of minor parties and independents.

Although resisting constitutional change could become a rallying point for the opposition, Abe and the LDP will count on the opposition parties remaining in their current torpor.

The main opposition Democratic Party managed to garner a paltry 6.7% support rate in the latest opinion poll by the national broadcaster NHK, compared to 38.1% for the LDP. And 45.7% did not support any political party, or were undecided.

But the pacifist sentiments of a majority of the Japanese people could be the greatest obstacle to passing any referendum. A recent Kyodo News poll found 49% support for changing Article 9, with 47% against. But another NHK poll had only 25% for change, with 57% opposed.

Abe may have kick-started the debate on constitutional change with high hopes for success. But the outcome in 2020 is anything but certain this far out. Only if Article 9 is amended will we know whether Japanese governments will continue to push the boundaries of using the Self-Defence Forces even further.

Craig Mark is a Professor at the Faculty of International Studies at Kyoritsu Women’s University. This article was first published on The Conversation and can be found here. Image credit: CC by Ganden/Flickr.

New Zealand, China and the Asia Pacific in the Age of Trump
Chinese Financial Assistance: Preference or Compulsion for Sri Lanka?