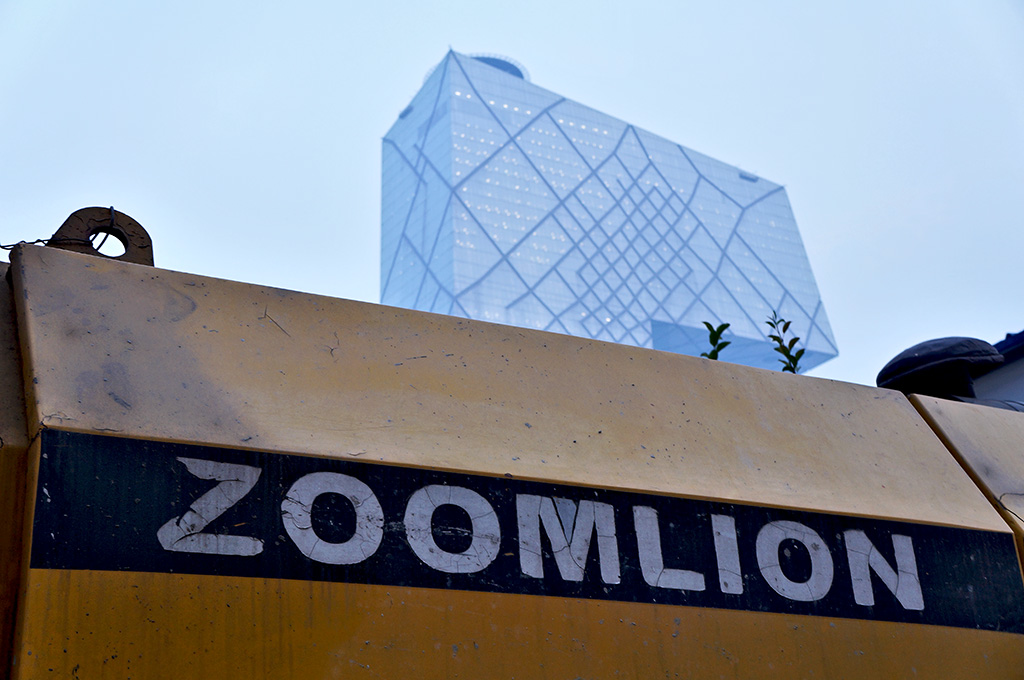 The globalisation of Chinese capital will be one of the hallmarks of 21st-century economics, shaping debates over state capitalism, ‘free’ markets and international institutions. The rise of Chinese multinationals has inflamed global fears about China ‘taking over’ the world. It is true that Chinese companies with global ambitions are on an international buying spree and that international mergers and acquisitions are on the rise. But current concerns about China’s future world domination are exaggerated; Chinese outward investment as a percentage of overall GDP is much lower than that of most developed countries and its share of global outward FDI is still relatively small.

The growth of Chinese multinationals emanates from the confluence of forces both within and outside the firm.  Chinese firms have built capabilities in manufacturing, service and technology over the last two decades which make them a formidable global competitor today. Taken together with changes in industrial environment, Chinese institutions and global networks, Chinese firms today are embedded in the global value chain. For example, the acquisition of CIFA Italy by Zoomlion China in the heavy construction industry was motivated by industry consolidation, demand in China, access to capital, and unique organizational capabilities.

The Chinese initiative of One Belt One Road (OBOR) has ushered a new area in the globalization of China. First proposed by President Xi Jinping and Premier Li Keqiang in late 2013, the Silk Road Economic Belt and the 21st-century Maritime Silk Road was a geopolitical framework and development strategy that focuses on connectivity and cooperation among countries primarily between the People’s Republic of China and the rest of Eurasia. This grand initiative as envisioned by the Chinese leaders, connecting China with Eurasia and South-East Asia, has become a cornerstone of China’s foreign policy, affecting over three billion people and uniting the biggest market in the world with “unparalleled potentials.”

China internationalised its product markets and upgraded its manufacturing prowess toward the end of the 20th century by allowing inward foreign direct investment (FDI) and by promoting export trade. This was supported in part by cheap labour, and resulted in growing trade surpluses with key trading partners — particularly the US. Outward FDI was discouraged in order to preserve foreign reserves, and together these policies have helped China accumulate significant amounts of capital, now making it a multi-trillion dollar reserve holder.

During this period of increased inward foreign investment, Chinese companies were encouraged to establish joint ventures with multinationals and to absorb Western technology by working with Western firms. Multinationals, in turn, saw these joint ventures as an opportunity to enter the Chinese market, lower their manufacturing costs and outsource some of their production activity, focusing on ‘higher value-added’ activities. China quickly evolved into the manufacturing hub of the global economy, working across a wide variety of industrial sectors. Despite creating a niche as a world leader in original equipment manufacturing, Chinese companies are no longer satisfied with this position in the value-added chain. Profits reside with the design and brand owners, which are often Western multinational companies. So although China has received employment and investment benefits from Western investors, it has not reaped a proportionate share of the profits.

Chinese companies are now armed with plentiful hard currency at a time when the global community is hungry for international capital. Cash-starved multinationals can sell their brands, channels of distribution, know-how and customer bases, thereby allowing Chinese multinationals to develop advanced capabilities in technology, design and branding. With this backdrop in mind, China’s Twelfth Five-Year Plan has put a number of parameters in place to allow Chinese multinationals to gain global ground. This includes a number of plans to further economic reform and opening, to position Hong Kong for a leadership role in global finance, and to increase research and development spending as a percentage of total GDP. The plan also envisages that China will move up the value-added chain in strategic industrial clusters, modernise key industries and invest in infrastructure, all the while encouraging Chinese companies to ‘go global’.

Chinese OFDI, while already making headlines, is just in its infancy, and is likely to grow substantially in the next decade. Principle factors in this growth include the internationalization of the Chinese currency and the institutions in both the host markets and in China. Much of these efforts are government led.

China’s currency, the renminbi, is increasingly involved in international settlements and contracts, and is already considered among the world’s most stable currencies. Demand for Chinese goods has facilitated support for its exchange rate, which is currently semi-fixed against the US dollar. Although the peg is unlikely to be abandoned soon, international pressure on China to appreciate the renminbi will intensify, especially with imports worsening the balance-of-payments situation and harnessing GDP growth rates in many countries around the world. While a strong RMB might hurt exports, it will allow China to acquire foreign assets more easily.

State-owned enterprises (SOEs) are vital to China’s security and advancement in technology and globalisation and will play an important role in achieving these objectives. They are directed to seek out investments in natural resources to fuel economic growth, invest in new technologies and find international markets for Chinese goods. My colleagues and I suggested that while developed countries view Chinese state owned oil companies with suspicion, these companies have largely acted in the economic interest of global oil supply and energy security, in response to economic opportunity and government support.  Chinese firms are not only market- and resource-seeking investors, like their Western counterparts, they are also interested in strategic assets and investments in know-how so as to move from manufacturing-led to knowledge-driven growth.

The great majority of Chinese international investment is carried out by state-owned companies, and their motivations can seem suspect to political figures in host countries. Consequently, Chinese companies effectively end up paying a premium over other bidders in order to offset this political uncertainty, which in turn serves to limit the economic benefits of any potential deal. In 2005, for example, Unocal accepted Chevron’s takeover bid instead of CNOOC’s offer because the premium offered by the Chinese SOE was too low to offset US congressional concern over the purchase. Given that much of Chinese outward FDI is state-led, domestic as well as host government involvement will likely complicate international transactions and the perceived intentions of each side.

My colleagues and I examined the various motivations for Chinese State owned enterprises, by asking some of their top executives directly.  The top 5 reasons were:  business strategy, market size, business expansion potential, security of investment and government incentives. Among the bottom reasons were: stagnant domestic (Chinese) market, target country as an export base, low cost labor in host market, rising labor costs in China, and brand name of acquisition.

The Future of China’s Globalization

While the success of Chinese enterprises abroad is not assured, both the depth and the breadth of internationalization is likely to increase.

In general, research on international mergers and acquisitions is quite clear: most fail to create value for shareholders. Will the Chinese experience be different? Despite government support, Chinese companies are likely to suffer major losses from acquisitions abroad due to a lack of internal capability and resistance from foreign governments. Although Chinese companies have developed excellent manufacturing capabilities, their skills in technological development, marketing and branding, and international management remain weak. Many international managers do not speak English and have little experience in dealing with foreign regulations, cultures and business norms. Integrating the competencies of acquired companies requires a dynamic absorptive capacity that many Chinese firms lack. It is one thing to buy a company possessing certain technologies, but it is quite another to retain the talent required to further develop and apply these technologies after the acquisition.

As Chinese SOEs and private companies increasingly ’go global’, questions will also arise about the practices of these firms both within China and abroad; the involvement of the Chinese government in the promotion of investment; and the contrasting political, economic and management systems — or ideologies — of each party. China’s pool of labour will likely become more expensive and the renminbi could well appreciate, meaning China will shift from export to foreign investment modalities of internationalisation. In the next decade, Chinese outward investment as a percentage of exports, GDP level and global outward FDI will also significantly expand, in turn raising questions about sovereignty, control of economic resources (particularly natural resources), reciprocal treatment and the application of international rules.

Whether China will be seen as a threat or an opportunity in international business development will depend on its ability to manage its image, good corporate practices, and contribution to local development goals (economic, social and political) of the host market (Lattemann and Alon, 2015).  China’s ability to continue developing its state sector abroad will host market perceptions, past experiences, historical relations and reciprocity of interests. Governance of SOEs based on Communist Party political leadership may embolden foreign leaders in democratic and free-market countries to reject acquisition attempts and to block full engagement. It is hoped that reactions to the ‘China threat’ or the ‘China challenge’ will be informed by data and logic rather than propaganda and perceptions.

Also, it is not yet clear how China will react to the current debates over trade, investment and development, and whether Chinese management approaches, as well as its economic and trade policies, will spill over to other countries seeking to steer away from the Washington Consensus and from those management systems developed in the West over the last century. In any case, China is likely to dominate Asia’s economic landscape in the 21st century. Chinese historical and cultural ties to Asia, along with its physical proximity and economic attractions, will be key to elevating China’s regional power base in the years to come.

The exact objectives of the OBOR initiative described in the introduction are still not clearly articulated and this massive project will cost a lot of money and effort to the Chinese government and business. While the Asian infrastructure Investment Bank (AIIB) is likely to foot some of this development costs, economic diplomacy, business strategies, good-will from the various stakeholders, and a dose of good luck might ensure its success in achieving both economic value added and security in Asia and beyond.

Ilan Alon is also President of the Chinese Globalization Association (running an annual conference on China goes Global www.chinagoesglobal.org, and is serving on the governing boards of the European International Business Academy (EIBA).

NATO’s Partners in the Asia-Pacific: Casualties of the Pivot Toward Europe?
Would a NATO-like security alliance work in South Asia?