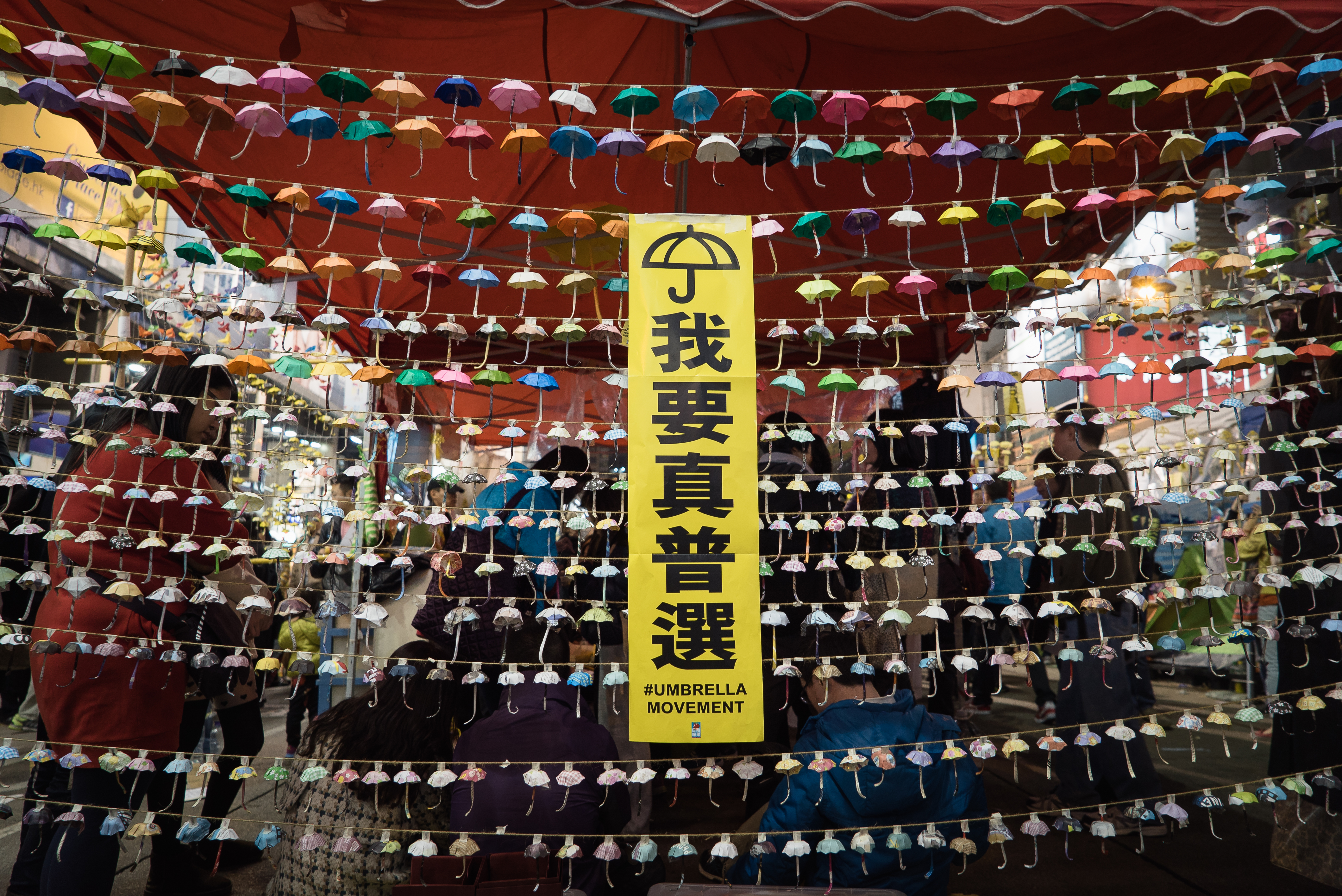 In the initial years after Hong Kong’s return to the Motherland in 1997, the Chinese authorities attempted to show respect for the ‘one country, two systems’ model. It was the attempt to enact the controversial national security law (Article 23) which first tested the relationship, with the local community viewing the law as a challenge to its core values. The SARS outbreak and subsequent economic difficulties further exacerbated public discontent, and on July 1 2003, more than half a million people participated in a mass protest.

The victory of the pro-democracy camp in the District Council elections the following November, and the perception that it had a slight chance of securing half of the seats in the Legislative Council elections in September 2004, pointed to a revival of the pro-democracy movement. It also demonstrated the levels of public dissatisfaction with the C.H. Tung administration.

The Chinese authorities believed that these events posed a threat to Beijing’s Hong Kong policy. To counter these pro-democracy voices, Beijing adopted several distinct measures to create and maintain support for the PRC government and oppose the pro-democracy camp. Under the United Front Strategy, the Chinese authorities established thousands of civic groups, enabling pro-Beijing groups to mobilize hundreds of thousands of supporters in rallies. There has been covert infiltration into almost every pro-democracy group. The Liaison Office of Central People’s Government (PRC) in Hong Kong SAR is known to co-ordinate the election campaigns and lobby the Legislative Council on a regular basis.

Perhaps it is most noticeable, however, that the Hong Kong SAR government silenced the pro-democracy opposition through appointment powers, rewarding its supporters with positions in the official system of advisory committees. Without opposition voices, government officials have had an easier task, but ultimately this has resulted in a loss of legitimacy for the system of advisory committees. All these directives cast doubt on the maintenance of Hong Kong’s high degree of autonomy within the ‘one country, two systems’ framework.

Open confrontation between the Chinese authorities and the pro-democracy movement finally arrived in 2013-14 with political reform deliberations and the Occupy Central protests. In 2007, the Chinese authorities promised to consider universal suffrage for the Chief Executive Election in 2017 and further democratization of the Legislative Council electoral system afterwards. The pro-democracy movement initiated consultations and presented its proposals in early 2013, while Benny Tai and others planned for an Occupy Central campaign modelled after the Occupy Wall Street campaign in the U.S. The Chinese authorities agreed to grant universal suffrage but maintained tight control over the nomination process within the Nomination Committee. In other words, Hong Kong people could choose their Chief Executive from a list of candidates endorsed by Beijing.

The Chinese authorities refused to negotiate, and the Occupation Campaign started in late September 2014. The confrontation hardened the Chinese leadership’s position on Hong Kong. Promises of ‘gradual progress in democratization,’ or ‘democratic elections when conditions are ripe’ no longer placated the opposition. Beijing changed tack, and, instead of conciliation and pledges for democratic reform, began spreading an economic argument: the Hong Kong economy was now highly dependent on that of the Mainland, they argued. The implicit message being that Hong Kong’s bargaining power had been in perpetual decline and it should not make excessive demands.

This argument has been persistently repeated in recent years. Chinese leaders and the Hong Kong SAR government now appeal to the Hong Kong community to concentrate on the economy and make good use of the opportunities offered by Beijing’s ‘one belt, one road’ schemes as well as the Greater Bay Area development project. They blame the pro-democracy movement for delaying the administration’s policy programmes through its obstruction tactics. In reality, the executive branch of the government has ample powers, and the pro-Beijing establishment controls a comfortable majority in the legislature through an undemocratic electoral system. The pro-democracy camp remains as the minority in terms of seats, despite capturing 55% – 60% of the popular vote in the Legislative Council elections.

Despite setbacks and internal divisions, support for the pro-democracy movement has grown. This has been reflected in the results of the District Council elections in November 2015, the Legislative Council elections in September 2016 and the Chief Executive Election Committee elections in December 2016. Support for the pro-democracy candidates and the high voter turnout rates demonstrate the fact that Hong Kong people value the opportunity to articulate their demands and maintain some form of checks and balances.

The alleged abductions of booksellers to Mainland China in 2016 and the similar abduction of Xiao Jianhua in early 2017 eroded the confidence of Hong Kong people in the firewall provided by the ‘one country, two systems’ model. Intense power struggles in Beijing may well prompt Chinese leaders to ignore the autonomy granted to the special administrative region. Hong Kong may increasingly become just another coastal city in Mainland China.

In the eyes of the Chinese leadership, any advocacy for independence or even an official referendum on the territory’s future is a political taboo and should be met with severe crackdown. The activists concerned now face many court cases, and judicial attempts have been made to remove the pro-independence legislators. The crackdown has blunted the development of more radical groups, but dissatisfaction among young people continues to brew.

No constructive dialogue now exists between the political establishment and the full spectrum of the pro-democracy movement. Political polarization will continue. It is difficult to ensure effective government and the Administration hesitates to initiate major policy programmes. So far, this has resulted in a decline in Hong Kong’s international competitiveness. Most recently, it appears that Beijing is willing to renew contact with the moderates. The pro-democracy camp is being asked to make substantial concessions. All things considered, it seems unlikely that any progress will be made in the immediate future.

Joseph Yu-shek Cheng is a former Professor of Political Science and Coordinator of the Contemporary China Research Project, City University of Hong Kong. He publishes widely on the political development in China and Hong Kong, Chinese foreign policy and development in southern China.  He served as the Convener of the Alliance for True Democracy in Hong Kong from 2013 to 2014. Image Credit: CC by Studio Incendo/Flickr.