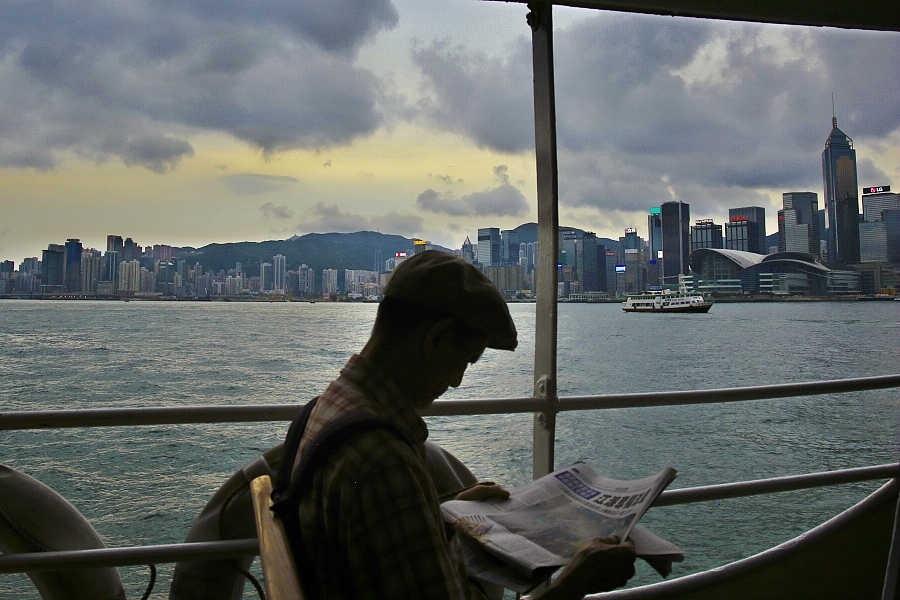 Written by Alvin Y. So.

Despite being a British colony for most of its recent history, the people of Hong Kong have always identified themselves as Chinese and embraced Chinese nationalism from an ethno-cultural angle. It was only in the 2000s that anti-China sentiment moved into the Hong Kong mainstream, and only several years after this that anti-mainland sentiment developed into a Hong Kong Independence movement. What explains this changing pattern of identity politics in the Hong Kong after 1997?

Part of this anti-China sentiment can be traced to the deeper social integration between Hong Kong and Mainland China since 1997. Before the handover, mainlanders had to visit Hong Kong on official tours and go through a complicated application process, which sometimes took months to process. In 2003, a new ‘Individual Traveller’s Scheme (ITS) was introduced. The ITS scheme allowed mainlanders to visit Hong Kong independently without joining an official tour, leading to a rapid increase of mainland tourists to Hong Kong from 4.3 million in 2004 to 47 million in 2014. This massive influx of tourists and immigrants has created new social tensions in Hong Kong.

Hong Kongers complained that they were subsidizing the costs of mainland tourists while only the large chain stores were reaping the financial benefits from tourism. Chief among their worries were rising prices, particularly the cost of housing and rising rent. Hong Kongers complained that they were forced to pay higher ‘tourist prices’ for local restaurants and other goods as a result of the influx of mainland tourists.

In response to the growing influx of mainland tourists, consumers, and pregnant women, anti-mainland sentiment began to foment in the 2010s. For instance, in 2011, a Facebook group was formed to ‘oppose pregnant women from mainland China giving birth in Hong Kong!’ Protests were organized to demand the government prioritize hospital resources to local pregnant women. The protesters criticized pregnant women from China for taking-up hospital beds and exploiting resources belonging to permanent local citizens.

In 2015-16, anti-mainland sentiment helped to spur a Hong Kong independence movement. The young generation now believes that, given the failure of the 79-day occupation of the Umbrella Movement in 2014, Hong Kongers should try a more militant mode of protest to defend the interests and autonomy of Hong Kong. Young activists believe the pan-democrat’s peaceful, rational, and non-violent strategy to work with the Hong Kong government and Beijing simply doesn’t work.

Many new political organizations suddenly emerged in 2016, including the Hong Kong Nationalist Party, Youngspiration, Hong Kong Indigenous, and Demosisto. These new organizations are small; started by charismatic young leaders; have limited resources; and they either advocate self-determination or independence. These new pro-Hong Kong independence organizations sent genuine shockwaves through the political establishment by winning one-third of the votes in the bi-election of the Legislative Council (Legco) in February 2016 and winning several seats in the Legco election in September 2016.

The Hong Kong government had tried very hard to suppress the pro-Hong Kong Independence activists to enter the Legco. The government required all Legco candidates to sign an extra declaration form to declare their acceptance of Hong Kong as an inalienable part of China in order to be a candidate. Several candidates from the Hong Kong National Party and Hong Kong Indigenous were disqualified for this reason. Later, Beijing further disqualified two Legco members from their positions on the ground that they failed to take their oath properly. Beijing’s approach is to adopt a ‘red-line’ to place national security, territory integration, and sovereignty as its top considerations and it is determined to punish pro-independence activists harshly and to ban all the pro-independence activities in Hong Kong.

What is the prospect for Hong Kong independence? Beijing’s hardline policy may work in the short run to all push the pro-independence activities underground. Nevertheless, it is doubtful whether it will work in the long run. After all, the ruling Guomindang tried very hard in the 1960s-1970s to impose a very repressive policy to ban pro-independence activities in Taiwan, but the Taiwan independence movement flourished and transformed itself into the Democratic Progressive Party. It seems likely that anti-mainland sentiment and the Hong Kong independence movement will continue within Hong Kong’s politics for the foreseeable future.

Alvin Y. So is a Chair Professor in the Division of Social Science at Hong Kong University of Science and Technology. He is the author of Hong Kong’s Embattled Democracy (Johns Hopkins University Press, 1999), Class and Class Conflict in Post-Socialist China (World Scientific 2013), The Global Rise if China (co-author with Yin-Wah Chu, Polity, 2016). Image Credit: CC by Roberto Trombetta/Flickr.

The Case of the Philippine Drug War: When the State Securitizes an Existential Threat to Public Safety
An Unprepared Philippines Faces an AIDS Scourge