China and Global Climate Change – From Laggard to Leader? 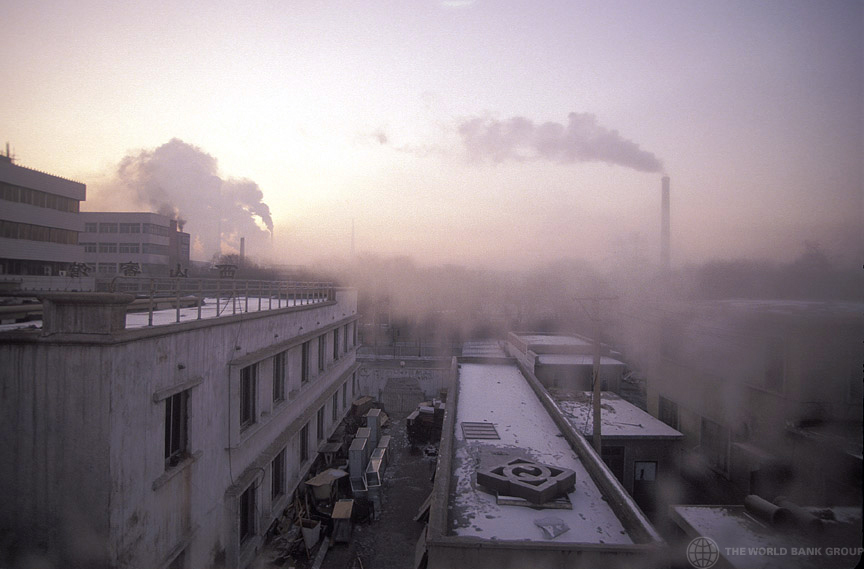 In the latest turn of events in the fight against climate change, the Trump administration announced its withdrawal from the Paris Climate Agreement, frustrating global leaders, climate scientists, renewable energy companies and environmentalists alike. At the same time, China and the EU announced their continued commitment and deepening cooperation on the issue during this year’s EU-China summit taking place in Brussels. As the US joins the ranks of Syria and Nicaragua, is China set to replace the US as the emerging global leader in the fight against climate change?

For a recent seminar talk at the China Policy Institute, I presented some personal insights and opinions on the changing role of China since the Copenhagen climate conference in 2009. CPI asked me not only to present about China’s national climate policies and emission reduction targets, but also give a personal account of events from time in Beijing from 2008-2015, especially reflecting on the experiences when I worked in German-Chinese climate cooperation as international advisor to the China Civil Climate Action Network. In the talk I focused on how Chinese civil society, international and national media pressure and public health concerns have spurred the government into action on climate change.

Negotiations in Copenhagen, Tianjin and beyond

My role as “bridge-builder” between the international NGOs climate community and Chinese domestic NGOs took me and a group of eight Chinese NGO colleagues to Copenhagen in December 2009. This was the climate event that was regarded at the time as having been wrecked by China, the global climate laggard. When we arrived in Copenhagen it already seemed that there was an atmosphere that seemed pitted against China. The NGOs colleagues felt the pressure when scrutinised by a team of European journalists on why China was blocking the negotiations. At the same time, China’s lead negotiator Xie Zhenhua struggled against the cold outside and security as he was refused entrance to the venue because the registration system did not include his name.

Although the accusations that China had ruined the Copenhagen climate deal were, especially in retrospect, largely unjustified, the government’s loss of face caused by the negative international media coverage had a huge impact. China began paying significant political attention to the issue, and less than a year later in October 2010, hosted the UN’s climate negotiations in Tianjin as an attempt to repair the damage to its image.

Tianjin was a key event for Chinese civil society where local NGOs could demonstrate to both their international NGO colleagues and to the national government the work they were doing on climate change. More than 60 NGOs organised, continuously scrutinised by the local Public Security Bureau, a string of dialogue sessions, advocacy work, side events and media campaigns. The Chinese government welcomed their initiatives, as these contributed to the image of a country opening up, which the government tries to project to the international community, and Beijing’s soft power approach.

Probably a factor even more important than the climate negotiations, is national air pollution concern that has plagued major cities like Beijing. NGOs and the media have played a vital role in raising the public’s awareness about health impacts and providing information about the causes of air pollution. In particular Greenpeace East Asia’s anti-coal campaign has had significant impact. Other key events include the US embassy twitter post on “crazy bad” air quality in November 2010, the Beijing “Airpocalypse” incident from January 2013 and, finally, the documentary “Under the Dome” produced by CCTV journalist Chai Jing in 2015, which was viewed by hundreds of millions netizens before it was blocked in China.

Reacting to these developments, China’s central government initiated a range of actions to tackle air pollution, and as a result, since 2013 coal consumption has declined for three consecutive years and in 2015 China’s emissions even fell slightly, the first time for 15 years.

Against this backdrop, China submitted its official Nationally Determined Contribution (NDC) to the UN on 30 June 2015, consisting of four main climate commitments to be achieved by 2030:

The 2017 analysis by Climate Action Tracker indicates that China’s commitments are now considered “medium”, on the same level as the EU and the US, compared to the judgement “inadequate” in 2011. Whilst this is a significant improvement compared to Copenhagen, the NDCs of China and all other major emitters are still not ambitious enough to limit warming to below 2°C, let alone the 1.5°C limit in the Paris Agreement.

China’s NDC also includes the plan to roll-out a nationwide emission trading system (ETS), based on the pilot programs that have been running since 2013 in seven provinces and cities. The European Union and development organisations like GIZ have engaged with Chinese stakeholders intensively over the last decade to build capacity and establish solid emission data systems, to set up a carbon market, with the goal of linking it to the faltering European ETS with China.  During my time in Beijing, arguing from an NGO perspective we commented on the EU-China ETS cooperation, repeatedly emphasising the importance of avoiding the mistakes that were made in the design of the EU-ETS – in particular over-allocation of free emission permits. We also made clear that a carbon tax would be a more effective and watertight approach to achieve substantial emission reductions, especially in view of the 1.5°C target.

As expected, emissions trading on national scale in China proves challenging due to a number of difficulties, including large regional differences, regulatory issues, data monitoring and verification, lack of transparency, and overall management capacity of the administrations. In preparation for my CPI talk, I was delighted to read that after realising the difficulties of setting up the carbon market, China was considering a different kind of policy  – possibly a carbon tax.

Were China to implement a national carbon tax instead of an emission trading system, this would be the most important climate policy decision taken by any government so far, and would put China into a clear global leadership position on climate change.

Patrick Schroeder is a Research Fellow at the Institute of Development Studies, University of Sussex. He worked in Beijing from 2008-2015 on climate and environment cooperation programmes of the EU and the German Organisation for International Cooperation (GIZ). From 2009-2013, in his role as international advisor to the China Association for NGO Cooperation (CANGO), he coordinated the development and capacity building of the China Civil Climate Action Network (CCAN). In this capacity he participated in key events such as the 2009 Copenhagen climate negotiations and government consultations for China’s Climate Change Law.Image Credit: CC by World Bank Photo Collection/Flickr.