How does Australia choose between China and the United States? 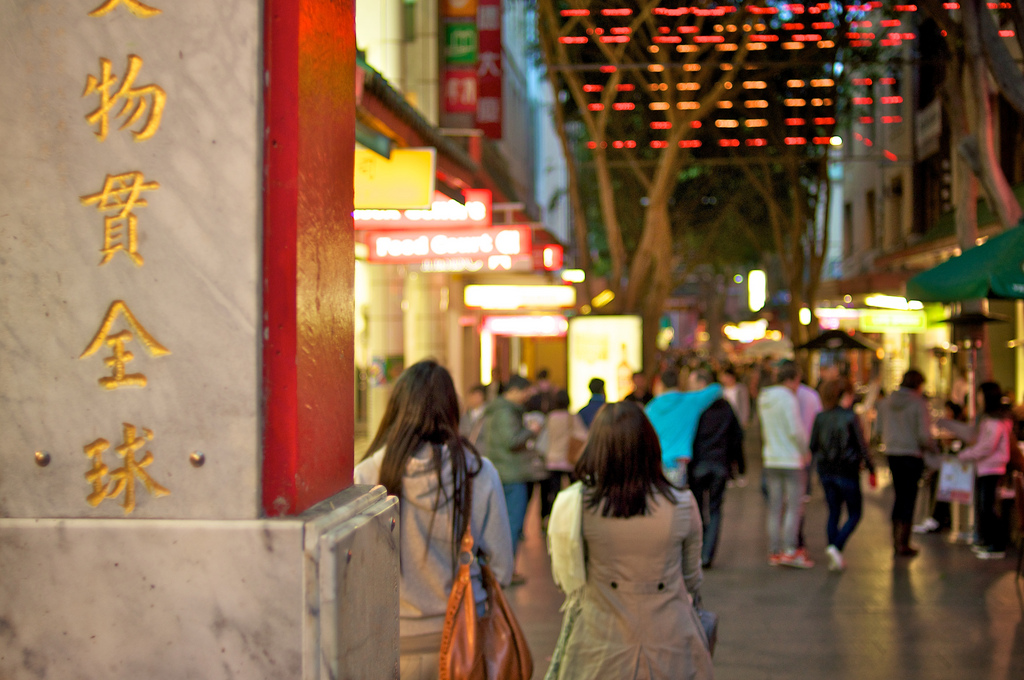 When new American President Trump came to power, he promulgated a series of new policies that not only surprised the international community in general but also jolted the United States’ allies. As a major ally of the United States in the Asia-Pacific region, Australia experienced the “wayward” American President’s style during the first month of his period in office. When Trump announced the withdrawal of the United States from TTP and refused to fulfil the refugee agreement previously agreed with Australia, Australia’s concerns were confirmed. As polls conducted by Australia’s Lowy Institute for International Policy show, a significant majority (nearly 60 percent) of Australian respondents on the eve of the American presidential election thought that if Trump was elected, the Australian-American alliance relation would be weakened.

Nonetheless, times appear to have changed. Since the second decade of the 21st century, China’s rapid rise has significantly changed the strategic landscape of the Asia-Pacific region as well as the international relations style. It has also had a great impact on the traditional Australia-US alliance. Australia once again came to a crossroads where it was necessary to make a choice.

The rapid development of China’s economy has expanded Australian resource-based merchandise and services exports which encouraged an Australian “mining boom”, allowing Australia to largely avoid the economic downturn triggered by the US subprime loan crisis and the European debt crisis. At present, China is Australia’s leading trading partner. In 2014, bilateral trade between China and Australia exceeded 150 billion Australian dollars; Australia achieved a 43.9 billion Australian dollar trade surplus. In particular, China and Australia signed a free-trade agreement in 2015 to promote the development of bilateral economic relations. Over the past year, the “China-Australia Free Trade Agreement” has improved the competitive advantage of Australian companies, thus promoting Australia’s exports and creating new jobs. The China-Australia Free Trade Agreement is the most favourable trade agreement between China and a developed economy. It places Australian exporters in the most favourable position to enable them to obtain benefits from China’s growing middle class and their increasing demand for high quality products and services from Australia.

However, Australia is too dependent on the Chinese market, and it exporting a large number of resources, which led to “resource nationalism” trend in Australia. This view is particularly evident amongst Australian elites and scholars. At the same time, China’s increased investment in Australia in recent years ($29.9 billion in 2014, China is Australia’s fifth largest foreign investor) has also led to Australian national security warnings relating to the “purchase” of sensitive Australian businesses and farms by red China’s state-owned enterprises. Australia’s concern with a strong China demonstrates the countrys’ cognitive differences in the interdependence of the economies of the two countries, namely, different computational methods for interdependence sensitivity and vulnerability. In the meantime, the economic interdependence between China and Australia failed to bridge the gap between the two countries.

China has always regarded the United States as the biggest external threat to national security, while Australia regards the United States as a security ally. Over the past few years, major initiatives of the United States in the strategic deployment of regional security, especially the implementation of “Asia-Pacific rebalancing” strategy, have obviously been aimed at China. But Australia has consistently adopted a firm stance on the US regional strategy. Australia welcomes the United States garrison in its northern territory, and “condemns” China’s practice with the same voice on issues involving the territorial sovereignty (territorial waters) disputes between China and neighbouring countries. Such actions always remind China’s national decision makers that, in the new historical conditions, any attempt to strengthen the Australian-American alliance is detrimental to China’s development.

In the past, Australia has always implemented the opportunist policy that separates politics from economy, hedging between China and the United States. That is, in the security strategy, it selects the United States, following the US Asia-Pacific policy, and regards China as a potential rival at all costs. While in economic policy, it takes China’s high-speed development train and shares economic benefits. However, Australia also understands that the continuation and strengthening of the alliance with the United States will largely endanger the economic reciprocal relationship with China; and any retaliation from China is likely to affect Australia’s economic and social welfare and prosperity. If Australia abandons or weakens the alliance between Australia and the United States, it may in turn shake-up Australia’s long-term foreign policy strategy that has stood since World War II, weakening the security of Australian nationals.

After American President Trump came to power it became clear that he hoped to evade his responsibilities toward allies through the implementation of the “US priority” policy. This policy shift in the United States means the failure of the “Asia-Pacific rebalancing” strategy which has been pursued for nearly a decade. For the Allies, it will produce a shock similar to the “Nixon doctrine”. Australia is the first to bear the brunt. In this new set of conditions, Australia has to re-examine its “US first” foreign policy and repair its diplomatic relations with China in a timely manner.

Soon after the United States newly elected President Trump announced the country’s withdrawal from TPP, Australian Prime Minister Turnbull invited China to join. Australia agrees with China’s push for a Regional Comprehensive Economic Partnership (RCEP). Prior to this, Australia joined the China-initiated Asian Infrastructure Investment Bank (AIIB). Australia takes full advantage of the opportunities associated with the Sino-Australian diplomatic and strategic dialogue, promoting the strategic partnership with China. Australian Foreign Minister Bishop discussed the outlook for the relationship in a meeting with Chinese Foreign Minister Wang Yi, stating: The Australia-China relationship is close and strong; China is Australia’s most important trading partner; and that Australia hopes to continue to be China’s reliable partner, constantly expanding cooperation in trade and the economy, innovation, production, energy, humanities and other areas. Cooperation is also anticipated on the Australia “North Development” plan and “the Belt and Road” construction, so that the Australia-China comprehensive strategic partnership can be elevated to a new level.

The significance of Australia’s policy statement above reflects suggestions made by Hugh White, a famous scholar of Australian National University, that Australia is moving away from “the United States first” foreign policy in the face of the evasive behaviour exhibited by the new US administration. Furthermore there is open recognition of China as a regional leader. However, close Australia-China relations do not mean that Australia will completely abandon the United States in favour of China. Additionally, China and Australia will not become formal allies.

As a rational foreign policy, Australia’s best option would be to respect China’s core interests and not offend the national sovereign sensitive bottom-line set by China as well as maintaining and promoting economic and cultural exchanges between the two countries. Meanwhile, China should also fully understand Australia’s national security and show reasonable concerns, put aside ideological disputes, and guide China-Australian relations with the interest of the wider community at heart.

Changsen Yu is Executive Director at the Centre for Oceania Studies and Associate Professor at the School of International Relations, Sun Yatsen University, China.

Hongzheng Liu is a Research Assistant at the Centre for Oceania Studies, Sun Yatsen University, China.