Trump’s exit of Paris climate accord strengthens China and Europe 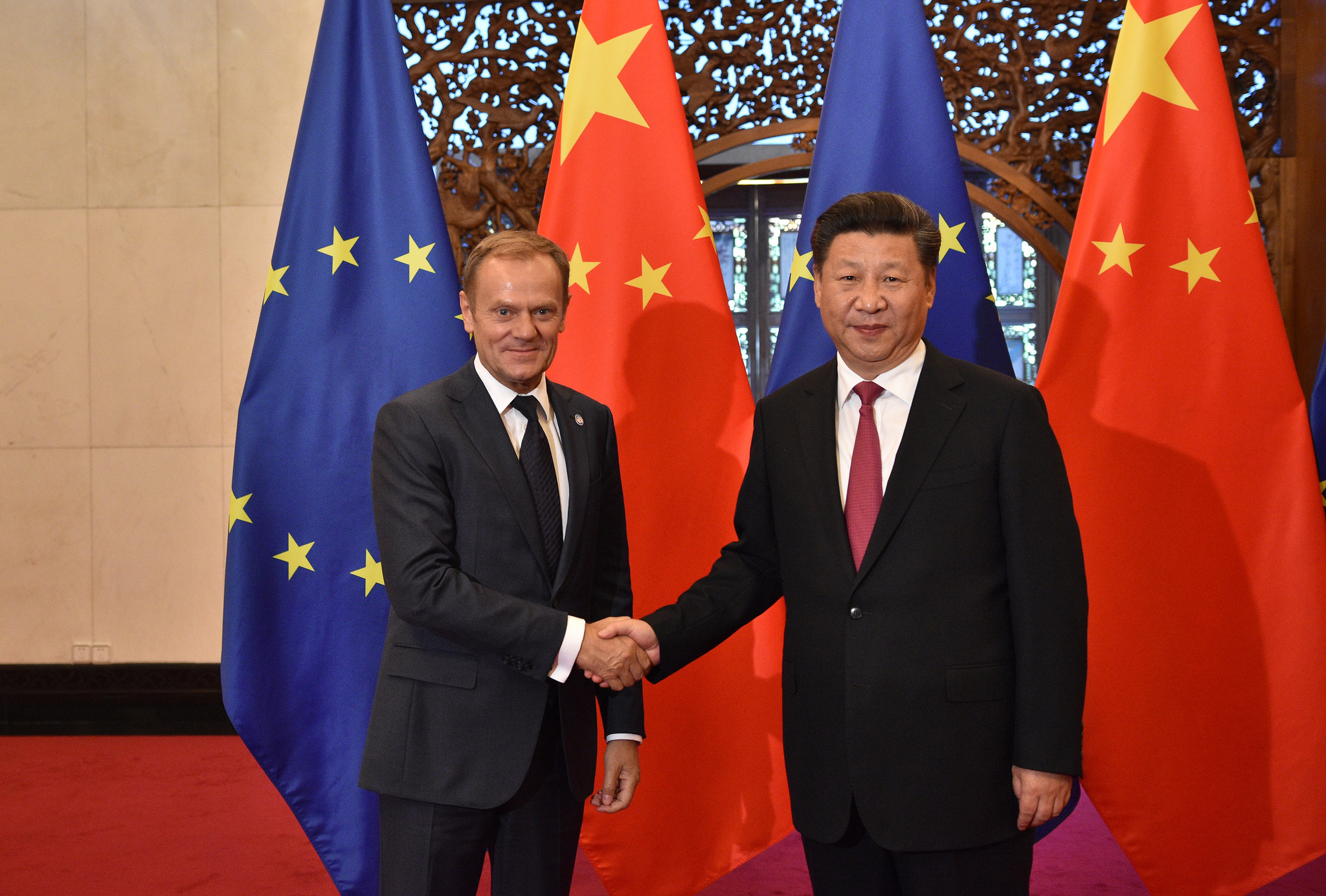 President Trump’s much-anticipated decision to exit the Paris Agreement on climate change strikes another blow against the current multilateral international order by his administration and reinforces its America First stance toward the world.

Trump declared his administration’s intent to stop honoring and cease all implementation of the nonbinding parts of the Paris Agreement. This includes the goals and actions to reduce emissions outlined in the U.S. Nationally Determined Contribution (NDC) as well as any further contributions to the Green Climate Fund, which provides money to poor countries to lower emissions and adapt to the effects of climate change.

With this action, which goes against the positions of almost all other countries in the world, President Trump officially, and entirely voluntarily, ceded hard-won U.S. international leadership. Already, China and the EU are showing signs they are willing to fill the leadership vacuum.

Even if slightly hyperbolic, Fareed Zakaria on CNN declared it as “(t)he day that the United States resigned as the leader of the free world. It is nothing short of that.” Other U.S. foreign policy analysts have intoned the same. What does this move mean for the U.S. and its foreign relations?

With the announcement to withdraw from the Paris Agreement, President Trump elected to go with ideology over pressing environmental concerns, recommendations by Secretary of State Rex Tillerson and business leaders, and public opinion. These and other groups believe that it would have been more prudent to remain within the Paris Agreement and keep a prominent seat at the table as future decisions are made.

Instead, President Trump followed the advice of a small group of people led by adviser Stephen Bannon and EPA Administrator Scott Pruitt, but also supported by 22 Republican senators (although other Republicans supported staying in). Those who wanted to leave argued in favor of a more inward-looking approach and narrow nationalistic reasons for exiting the Paris Agreement.

Critical US-China role getting to Paris

The United States played integral roles during the negotiations of both the 1992 United Nations Framework Convention on Climate Change (under the George H.W. Bush administration) and the 1997 Kyoto Protocol (during the Clinton administration).

After the U.S. Senate and President George W. Bush roundly rejected the Kyoto Protocol, however, the United States took on a more passive and sometimes even obstructive role in the climate change negotiations during the 2000s.

It was when the meeting in Copenhagen in 2009 failed to reach a meaningful follow-up agreement to the Kyoto Protocol that the Obama administration began to take a more assertive and productive stance, beginning to regain some of its earlier leadership role.

The Obama administration worked both bilaterally and multilaterally. The 2014 U.S.-China bilateral agreement was instrumental in overcoming longstanding differences between industrialized and developing countries over who needed to take action. It helped paved the way for the Paris Agreement, which was possible to conclude only because of U.S. leadership and its willingness and ability to fruitfully engage other countries.

This leadership has now effectively been abandoned by the Trump administration.

Since taking office in January, President Trump has been under international pressure to stay with the Paris Agreement. This political pressure increased greatly over the past few weeks, culminating at the visit to the Vatican and the G-7 meeting in Italy at the end of May.

While leaders of other countries sought to convince Trump, his advisers and administration officials of the benefits of staying with the Paris Agreement, they were vocal about their intention to move forward with the agreement even if the United States left. This has not changed in the wake of the official announcement.

In several politically important ways, the U.S. decision to leave more strengthens the resolve of other countries to move forward without the United States than it weakens the Paris Agreement.

President Trump’s claim that he will work to get a “better deal” may be mainly red meat to his domestic political base, but it also shows a serious lack of understanding of how international diplomacy works as well as of the structure of the Paris Agreement, where each country formulates its own NDC – essentially a pledge to cut emissions.

Key countries quickly made it clear they will not renegotiate the Paris Agreement. This is not surprising, as the Paris Agreement was the result of years of tough negotiations and delicate compromises, including the system of voluntary NDCs, and it has already entered into force. It will continue to be the only game in town.

It is extremely rare that a country takes the formal step to leave an international environmental agreement to which it is a party. Canada did it for the Kyoto Protocol in 2011, but that step was rather unusual, highlighting the magnitude of President Trump’s decision.

The U.S. departure from the Paris Agreement creates a major international political vacuum. Having anticipated that such a decision may happen, other countries, including China, are already beginning to move in to fill that void as they look to increase their influence over the implementation of the Paris Agreement.

So the decision to back out of the Paris Agreement weakens U.S. foreign policy influence as it serves to drive other influential countries and major economies closer to each other and away from the United States.

In an act of much symbolic significance, China and the European Union merely one day after President Trump announced his decision agreed that they will increase their collaboration to address climate change and move toward a low-carbon economy. This shows that Beijing and Brussels are effectively shifting their bilateral foci from Washington, D.C. to each other. The European Union and China have cooperated on climate change for over a decade, but this new announcement signals an important intensification of their bilateral engagement.

Countries in Europe and elsewhere view the decision by President Trump as yet another piece of evidence that the United States is no longer a reliable partner in the pursuit of multilateral goals. As a result, they are looking for other partners and alliances on climate change mitigation and adaptation, including in the area of climate change finance.

Leaving the Paris Agreement also helps fuel public anti-Trump sentiments in other countries, including close allies already rattled by other U.S. foreign policy moves. This pushes influential leaders such as Angela Merkel, who is up for reelection in September in Germany, to harden their rhetoric for domestic audiences, leading to further strains in relationships with the United States.

On global climate change cooperation and a growing number of other foreign policy issues, American exceptionalism now increasingly means that the United States stands largely alone in the world.

Henrik Selin is an Associate Professor in the Frederick S Pardee School of Global Studies, Boston University.  This article was first published on The Conversation and can be found here. Image credit:CC by EEAS/Flickr