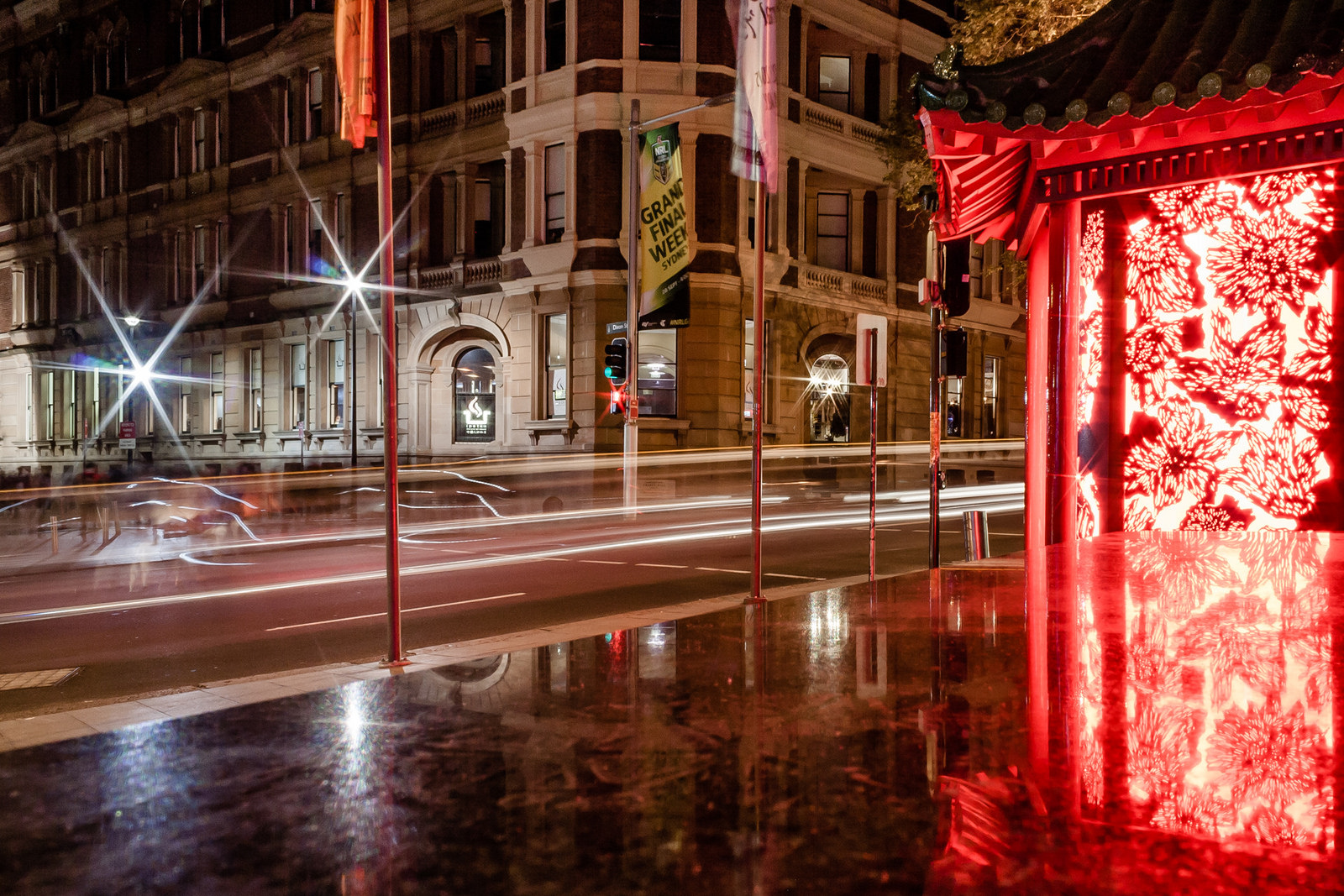 Last month six of Australia’s top journalists visited China for a week as guests of the Australia-China Relations Institute (ACRI) at the University of Technology Sydney (UTS). They were greeted by top Communist Party officials and toured some of China’s new infrastructure projects. Some (but not all) returned to Australia singing the praises of Chinese President Xi Jinping’s showcase “One Belt, One Road” (OBOR) initiative and the opportunities for Australian businesses.

Bob Carr, the director of ACRI and a professor of international relations at UTS, claims we are in danger of being “hung out to dry” if we listen to the “China hawks” and don’t more fully engage with China. Yet few have paused to ask why one of our universities is being used as a conduit to promote China’s national interest, and who is actually paying for it.

China’s rise forces us to think carefully about both the opportunities and costs of a closer relationship with China. These difficult discussions are taking place in government offices, boardrooms and chancelleries around the globe, but must also be a part of the wider public discussion. Australia is no exception. China is our single largest trading partner and an increasingly important source of foreign investment. China is also very important to our tertiary education sector.

With federal funding declining, vice-chancellors are being forced to think creatively about new revenue streams. Here China looms large. Nearly a fifth of higher education revenue comes from full-fee paying students, with overseas Chinese students contributing the lion’s share. Universities are also looking to China for new sources of research income. Yet the sector’s growing dependency on the Chinese market could cloud the judgement of senior university administrators.

The circumstances of the Australia-China Relations Institute should serve as a reminder of what is at stake. ACRI was created in early 2014 around the same time that the university defunded its large China Research Centre and sent its director, the respected historian Maurizio Marinelli packing. ACRI was founded with A$2.8 million in donations from two wealthy Chinese entrepreneurs that had recently migrated to Australia. One of these individuals, Mr Huang Xiangmo was named chairman of ACRI and would later reportedly claim that he personally selected the former Foreign Minister Bob Carr as the director of the new institute.

Despite claims that it is “an independent, nonpartisan, research think tank,” ACRI has been plagued by controversy since its establishment. In my opinion, the quality of ACRI’s research output is patchy at best, with far more examples of political advocacy than rigorous, independent research.

While it has produced a handful of quality research reports by respected Australian academics, far more effort has gone into the production of often one-sided, decontextualised fact sheets and opinion pieces aimed at promoting what ACRI’s own website asserts is “a positive and optimistic view of Australia-China relations”.

Despite initial claims that ACRI would use “Big Data science to illuminate and explore the Australia-China relationship,” it has published a handful of short opinion polls that lack academic rigour. Take for example the one-page, six-question survey, “East China Sea: What Australians think,” which claims most Australians desire neutrality in this territorial dispute. Yet the survey contains no raw data or details on the methodology employed by UMR Strategic in conducting the survey.

The Australia-China relationship is complicated; if we iron out these complexities we are left with an incomplete and potentially misleading picture.

Most of ACRI’s activities happen behind closed-doors and largely outside the purview of the Australian public. In his capacity as Director of ACRI, Bob Carr frequently meets with visiting Chinese Communist Party officials. These visits are not reflected on ACRI’s website but are widely reported in the Chinese language media.

In 2015, for example, Bob Carr met with Zhu Weiqun, one of the chief architects of the Communist Party’s efforts to demonise the Dalai Lama and promote the assimilation of ethnic minorities in China. When the Party’s Minister for Propaganda Liu Qibao visited Australia in 2016, Carr participated in a “dialogue with Sinologists in Australia,” which was widely reported in the Chinese language media but went unmentioned in Australia.

ACRI has also been busy courting the Australian media. It has organised a number of study tours to China for Australia-based journalists like Paul Kelly, Ross Gittins, Malcolm Farr, Jim Middleton, and at least 12 others, according to Chinese media reports. Wider media coverage on China is valuable, yet by exposing these visiting journalists to the official Party line, it suggests to me that ACRI is seeking to actively reshape the public perception of China by skirting Australia’s China-based journalists who tend to be far more knowledgeable and critical of China.

Returning journalists published fifteen articles in 2016 according to the Party-backed All China Journalist Association, thus “objectively transmitting ‘China’s voice’” to the Australian public through mainstream media outlets. This appears to be one of the concrete outcomes of the Memorandum of Understanding ACRI signed with the Party’s official Xinhua News Agency in early 2016.

Unlike other university-based think tanks, such as the United States Studies Centre at the University of Sydney, ACRI has never produced an annual report nor does it publicly disclose its budget and financial expenditures. The university [now claims to “fully fund” the institute; yet the Bank of China, the China Construction Bank, Yuhu Group, and other Chinese companies are listed as “Chairman’s Council Members” under a description of how ACRI is funded.

Who is paying for the transmission of “China’s voice” in Australia? Is it UTS, the All-China Journalist Association, Xinhua or even the Propaganda Department of the Chinese Communist Party? Because ACRI hasn’t disclosed any of its finances, we don’t know who is paying for trips organised by the organisation.

These efforts to promote Chinese “soft power” and influence in Australia are understandable. Public diplomacy is a key part of international relations today, and states have long sought to increase their influence globally.

Yet do centres like ACRI belong inside our universities? The University of Technology Sydney is a public institution that is still predominately funded by the Commonwealth government with taxpayers’ dollars. We risk undermining the neutrality and impartiality of our universities at a time when our relationship with China is reaching a critical juncture.

ACRI’s founding chairman Huang Xiangmo is actively involved in Australian politics. He has reportedly funnelled over one million dollars in political donations to the major political parties since arriving in Australia under suspicious circumstances in 2011.

His payment of Sam Dastyari’s legal bills stirred controversy over the influence of Chinese money in Australian politics and resulted in Mr Huang’s decision to step down as chairman of ACRI. Yet he continues to employ the title and his adjunct professorship at UTS when representing himself in the Chinese language media, where he frequently praises the contribution of overseas Chinese in upholding national unity and striving for the “China dream” of national rejuvenation.

Mr. Huang is also the Chairman of the Australian Council for the Promotion of Peaceful Reunification of China (ACPPRC), an overseas branch of the Communist Party’s United Front Work Department, which is tasked with promoting the Party’s interests among the Chinese diaspora. When Li Keqiang visited Australia in March, the ACPPRC mobilised Chinese students to welcome the Chinese Premier and keep any protesters at bay.

Huang Xiangmo has also provided A$3.5 million to fund a new Australia-China Institute for Arts and Culture at Western Sydney University, where he sits on the board of governance. He is reported to be eyeing-off additional investments in the tertiary sector in Australia. Yet these supposedly philanthropic donations come with a clear agenda, as Huang revealed when he called for the Chinese community to increase their skill and leverage in the Australian political arena in a Global Times editorial.

I welcome the role ACRI is playing in broadening and deepening our understanding of this important bilateral relationship. Yet I question whether our publicly funded universities are the right place for the institute.

Universities are meant to be places of robust and critically minded teaching and research. If Australia is going to successfully navigate its way through the “Asian Century,” we need independent centres of research excellence on China.

We need places where properly trained experts can study and better understand all aspects of China’s rise — both the positive and the negative — without fear or influence.

A version of this article has also appeared on The Conversation website.

James Leibold is an Associate Professor in Politics and Asian Studies at La Trobe University in Melbourne Australia, and an expert on ethnic policy and ethnic conflict in contemporary China. He is the author and co-editor of four books and over twenty peer-reviewed articles and book chapters, and a frequent contributor to the international media on these topics.