Taking a Foreign Policy Close to your Heart: A Subjective Understanding and Implementation of the New Southbound Policy at Grassroots Level

Home /China, Taiwan, Vietnam/Taking a Foreign Policy Close to your Heart: A Subjective Understanding and Implementation of the New Southbound Policy at Grassroots Level 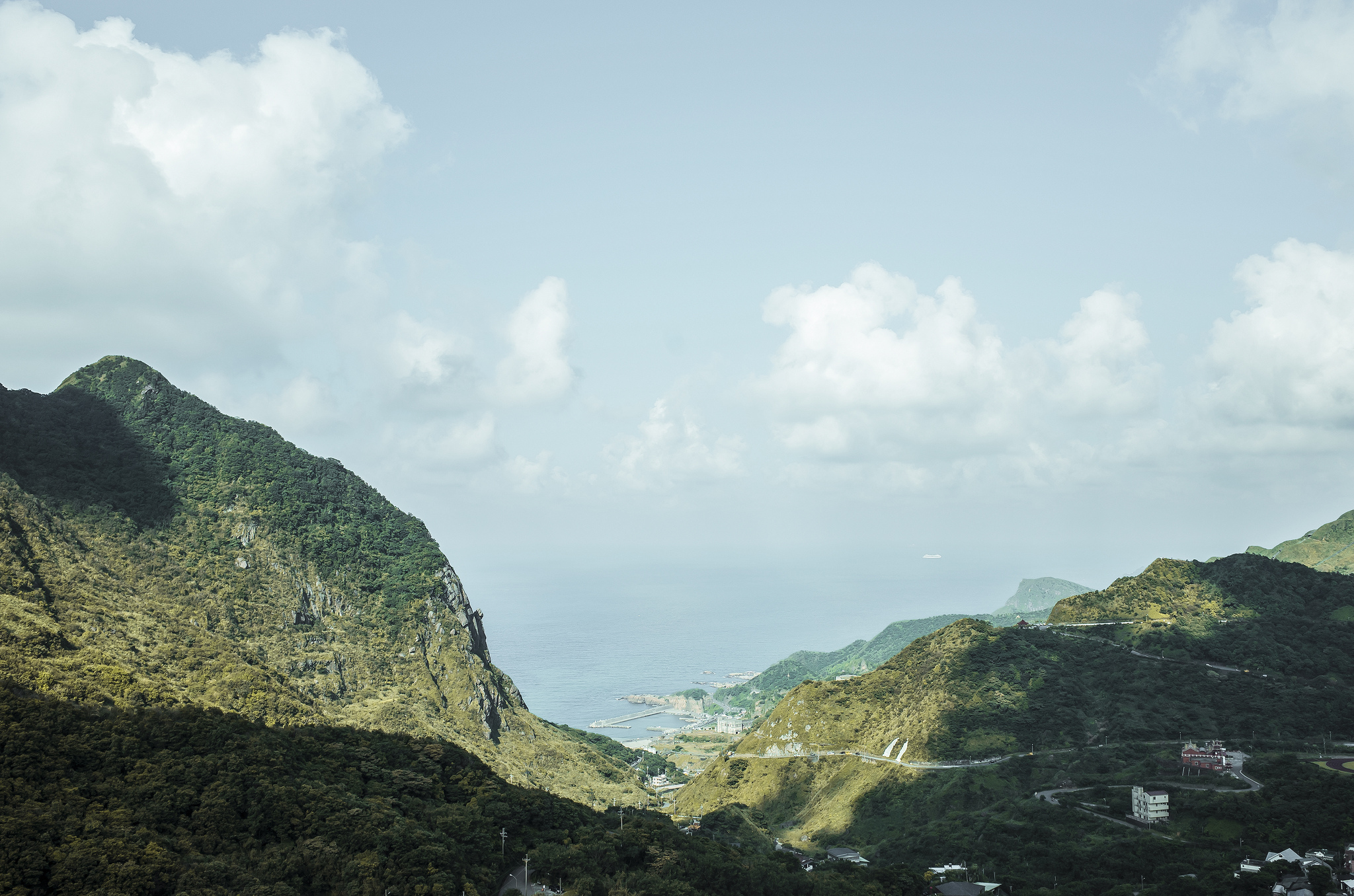 The New Southbound Policy was the buzz word popping up all the time when I visited four Vietnamese women in southern Taiwan in April. If this repackaged political economic strategy were to be exclusively viewed as a foreign policy initiative, it would be somewhat unexpected that an issue in the realm of ‘high politics’ would become such a part of these women’s daily life activities. However, if one consider acting upon their subjective understanding of this foreign policy as a form of political participation, then my Vietnamese friends have become actors of high politics at the grassroots level. Migrating from their country, which is the largest contributor (excluding China) to Taiwan’s foreign-born population, they have not only claimed a role to play in the policy’s implementation but have also subjectively incorporated it into their career trajectories and activism.

Expecting a challenging relationship with China during the Tsai Administration, this grand strategy envisages a joint force between the government and the private sector for the purpose of forging ‘strategic partnerships’ with ASEAN, South Asia, Australia and New Zealand. Promoting a so-called ‘New Model for Economic Development’, this national strategy aims to enhance Taiwan’s contribution to innovation, sharing and service provision in the region. The realisation of this regional role depends on whether Taiwan can exercise its soft power in the realm of R&D, integrate itself in the ICT supply chain, financial industry and green technologies, participate in the infrastructure market in the region, and promote people-to-people interaction by way of tourism and cultural exchange.

It seems the catchy phrase ‘people-centred spirit’ used within this grand narrative has appealed to my Vietnamese friends. Hồ Minh Mai, Nguyễn Thi Minh Thu, Ngo Ngô Xuân Phuong, and Trần Kim Hong responded to the DPP’s call for the cultivation of a pool of talents to realise this foreign policy objective. They have identified their distinctive social and cultural niche with which to meet the rapidly growing interests in Vietnam. Gilded in the popular discourse, Vietnam is being ‘re-discovered’ as a location where an expanding economic partnership with Taiwan could lead to a closer bilateral political relationship. This in turn might proffer plenty of opportunities for a young and ambitious Taiwanese workforce to take advantage of.

Just as China moved from being a poor backward rural country to the powerhouse of the global economy, Vietnam is no longer ‘the poor Taiwan of three decades ago’ but a fast growing and well performing economy.

Just over a decade ago, the apparent slow development of Vietnamese-Taiwanese children caused significant social concern. Today, the same group of children is said to be a transnational asset for the service of the New Southbound Policy. Last April, at a Legislative Yuan meeting, the Interior Minister stated that the cultural capital that these children of mixed heritage offered had justified his Ministry’s decision to finance the ‘Granny Bridge’ (wai po qiao), whereby the children could return and stay with grandparents in their home country. It is this rapidly improving status of Vietnam embodied by such policies that created a renewed socio-economic context in which the four Vietnamese women saw how the New Southbound Policy affected their interactions with the mainstream society and immigrant community.

Originally arriving in Kaohsiung as a factory worker after graduating from university, Hồ Minh Mai has become a well-known Vietnamese language teacher. Characterising this policy as ‘people centred’ (yi ren wei ben), Minh Mai ascribed herself to playing an ambassadorial role, introducing Vietnamese culture. During this decade of teaching she has taught a total of 1,400 students across a wide range of ages, education backgrounds, vocations, who boast a range of motivations for learning the Vietnamese language. Being a strong advocate of multiculturalism, she considered herself a key influence in stimulating appreciation of the different cultural norms and practices between Taiwan and Vietnam.

Already an established foreign language teacher at high school in Vietnam, Nguyễn Thi Minh Thu is also highly sought after in light of the policy.There is a rising demand in the capacity for teaching Vietnamese language, a consequence of the new curriculum that will take effect in 2018 when pupils at primary school will be given the option of learning any of the five Southeast Asian languages. One way of providing teaching capacity is to train migrant mothers into teachers. Thus, Minh Mai and Minh Thu saw themselves becoming members of a professional body which issues certifications for teaching the language. Minh Mai did not sound upbeat, however. She cautioned that the number of teaching hours may not be large enough to make it financially attractive for an immigrant woman to set aside her daily job or business, in spite of all good intentions behind the opportunity.

Xuân Phuong is an entrepreneur who has an impressive business portfolio. Running a restaurant, a shelter for undocumented migrant workers, and ticketing service for Taiwan-Vietnam flights, she is also the head of a self-help organization for migrant spouses. Teamed with tailors in Vietnam, the latest addition to her transnational business is her online shop of áo dài, the Vietnamese national costume. Thanks to intensive media coverage, it has become trendy for Vietnamese women to wear áo dài at celebratory occasions; their slender silhouette seems to be in high demand particularly at ‘multicultural festivals’. If selling áo dài is too remote from the high politics of New Southbound Policy, the government’s boost of Southeast Asia tourism to Taiwan did not escape Xuân Phuong’s sharp business mind, whilst she also encouraged her daughter to apply for the ‘Granny Bridge’ funding in order to return to Vietnam. Sensing that the DPP’s embrace of Southeast Asian tourists will make up for the slump in numbers of Chinese mainland tourists in Taiwan, Xuân Phuong foresaw the need for Vietnamese-Chinese bilingual tour guides, Xuân Phuong is currently preparing to take the tour guide license exam. Interestingly, she also felt that the tour guide role would be as a viable career option for Vietnamese wives if the number of group tours is not reliable.

For Trần Kim Hong, a practitioner of civic journalism, the New Southbound Policy is less related to personal career development but rather a critical piece of support for her activism. One way of fulfilling her activism is to organise events to raise public awareness of Vietnamese culture and the issues encountered by Vietnamese spouses and workers. Being a trusted advocate, her involvement in such event is sometimes at the local government’s invitation. Presenting herself in áo dài so as to project her pride in Vietnamese identity, Kim Hong encourages the participation in these events from Vietnamese wives, workers, students, as well as Vietnamese-Taiwanese children. Their involvement in these events offered opportunities to improve organisational skills, to build confidence, and to making friends. On the other hand, being very critical of the hardship endured by undocumented migrant workers, she urged the government to work hand in hand with the Vietnamese government to improve the human rights of undocumented migrant workers. After all, in her mind, there is no better way to strengthen the bilateral relationship other than winning the hearts and minds of Vietnamese people who make considerable contributions to the socio-economic wellbeing of the people of Taiwan.

It is too early to tell whether the New Southbound Policy will yield the international results the government desires. Nevertheless, the critical responses of these four Vietnamese women suggests that this policy is not simply distant high politics but an initiative that not only appeals to their self-identity but also encourages them to act in a way that will make a difference to themselves, their fellow immigrants and mainstream society.

The names of the Vietnamese individuals used in this article are pseudonyms.

Isabelle Cheng is a Senior Lecturer in East Asian and International Development Studies at the School of Languages and Area Studies and University of Portsmouth.