China has not won the heart of its minorities

Home /China, Politics/China has not won the heart of its minorities 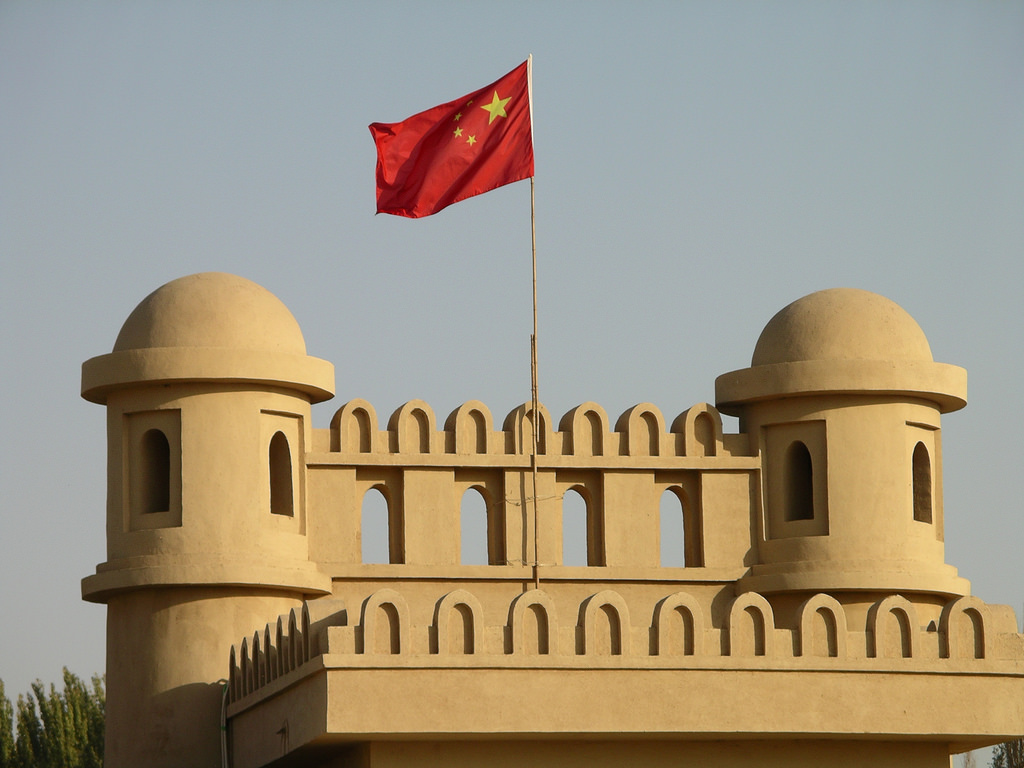 On June 1, the Information Office of China’s State Council (Cabinet) published a White Paper (WP) entitled “Freedom of religious belief protected in Xinjiang.” These types of publications are part of regular exercises trying to provide a rosy picture to the world in areas where China faces serious issues; in this case, it is the restive province of Xinjiang.

On April 21, 1949, Mao Zedong instructed the PLA to ‘liberate’ the entire country; his orders included the borderlands of Xinjiang and Tibet. After getting the assurance from the Soviets that they would not interfere but would support the annexation of the Western Dominion, as Xinjiang was then called, the People’s Liberation Army (PLA) swiftly moved to ‘liberate’ the Middle Kingdom’s Western borders. The annexation of Xinjiang was particularly important as it controlled access to the trade with Central Asia; by occupying it, Mao also blocked any possibility of Soviet return in the region, should they change their mind; in addition, the PLA would be closer to the Indian frontiers, particularly in the Aksai Chin area, still a hot disputed spot today.

In less than two months the vast deserts and oases of Xinjiang became effectively part of the new People’s Republic of China. But while the PLA defeated nature and men, the Chinese Communist Party (CCP) was unable to win the hearts of the local population. A similar scenario would take place in Tibet, less than a year later. The recent WP is a propaganda exercise aimed at hiding the Communist Party’s failure; it says: “Legitimate rights of religious organisations have been effectively safeguarded …Xinjiang has published translations of the religious classics of Islam, Buddhism, and Christianity in multiple languages,” adding 1.76 million copies of the Quran have been printed and distributed.

In less than two months the vast deserts and oases of Xinjiang became effectively part of the new People’s Republic of China. But while the PLA defeated nature and men, the Chinese Communist Party (CCP) was unable to win the hearts of the local population. A similar scenario would take place in Tibet, less than a year later. The recent WP is a propaganda exercise aimed at hiding the Communist Party’s failure; it says: “Legitimate rights of religious organisations have been effectively safeguarded… Xinjiang has published translations of the religious classics of Islam, Buddhism, and Christianity in multiple languages,” adding 1.76 million copies of the Quran have been printed and distributed.

The atheist Communist Party by controlling every detail of the religious life of the native Uyghurs, often fuelling more resentment; by the end of 2016, argues the WP: “Xinjiang had two world cultural heritage sites, five national historical and cultural cities, 113 cultural relic sites under state key protection, and 558 cultural relic sites under autonomous regional protection, with more than 616,000 tangible cultural relics being collected and kept in 182 state-owned units.” There is, however, a deep gap between the official declarations and the situation on the ground. The Economist recently titled: “The bullies of Urumqi, The extraordinary ways in which China humiliates Muslims,” noting that today in Xinjiang there is as a ban on ‘abnormal beards’ and even naming a child ‘Muhammad’.

The London magazine continued: “In recent months they have intensified their efforts to stifle the Islamic identity of Xinjiang’s ethnic Uighurs, fearful that any public display of their religious belief could morph into militancy,” mentioned other ‘heavy­handed curbs’ such as ban on unauthorised pilgrimages to Mecca, orders to students not to fast during Ramadan, tough restrictions on Islamic garb, etc.

In this part of the Middle Kingdom, the Chinese State seems unable to tackle the difficult situation; let us remember that it is strategically located, being the geographical hub for President Xi Jinping’s One Belt One Road (OBOR) initiative; the province links the ‘Road’ to Central Asia, Russia and Europe to the ‘Belt’, through the Khunjerab pass and the China-Pakistan Economic Corridor (CPEC); in other words from Urumqi to the port of Gwadar on the shores of the Arabian Sea.

In August 2016, at the end of the annual closed-door meeting held at the beach resort of Beidaihe, an official statement announced that Zhang Chunxian, would be replaced by Chen Quanguo as party secretary of the restive Xinjiang Uyghur Autonomous Region (XUAR). Chen was then serving as party boss in the Tibetan Autonomous Region (TAR), where he had shown his skills to ‘pacify’ the restive Tibetans. ‘Stability’ being a prerequisite requirement for the OBOR initiative, Chen was asked to use the ‘Tibetan’ recipe, a good dose of repression (ominously known as ‘nets in the sky and traps on the ground’) mixed with an opening to ‘tourism’. While Tibet received 25 million visitors in 2016, the situation is trickier in predominantly Muslim Xinjiang, and Beijing is unable to pour millions of tourists, due to the prevalent situation.

In February 2017, Reuters quoting the Chinese media said that eight people were killed in a violent attack in Pishan County of Hotan Prefecture in southern Xinjiang. According to the local government, three knife-wielding men attacked and stabbed several people. Subsequently, the police shot dead the three attackers and 10 others were injured. It triggered alarm bells in Beijing. A few days later, Radio Free Asia (RFA) reported that Uyghurs had been called to several meetings to confess their ‘crimes’. The same source added: “Residents are called to a podium one by one to confess these errors after they have listed them on a 39-question form. They are also told they will face legal consequences if they attempt to cover up their own or anyone else’s anti-state activities.” Today Beijing admits some of its excesses while justifying them.

On May 31, The Global Times, the CCP’s mouthpiece reported that a member of the Party in Xinjiang has been stripped of his Party membership for participating in religious activities. Ma Zhanqing was found to have participated in religious activities in a village mosque, but he had hidden his identity as a Party member and refused to admit his involvement when first approached by the authorities. Earlier during the same month, Beijing set up a new office under the United Front Work Department, showing the Communist Party is keen to take the power away from Regional government. The South China Morning Post reported: “The ruling Communist Party of China has created a new bureau to improve intelligence and policy coordination in Xinjiang, the vast western region that has been placed under what many see as increasing police surveillance and intrusive social control. …The new bureau for Xinjiang …has been placed under the Central United Front Work Department, a party organ whose main duty is to court elites outside the party to ensure of their political loyalty.” Another sign of nervousness.

It appears that Beijing has now decided to collect DNA samples from all Xinjiang’s residents; according to The Independent: “Police in Xinjiang confirmed they are in the process of purchasing at least US$ 8.7 million in equipment to analyse DNA samples.” Yves Moreau, a computational biologist specialising in genome analysis at the University of Leuven in Belgium told RFA: “If used at full capacity, the new equipment could be used to profile up to 10,000 DNA samples a day and several million a year.” Michael Clarke put the issue in geopolitical perspective in The South China Morning Post: “the creation of a veritable police state in Xinjiang, along with curbs on religious freedoms, is fuelling alienation and even radicalisation among Uygurs, amid concern over whether greater trans-Eurasian connectivity will help to channel jihadist tendencies.”

While the situation looks more under control in the TAR, it is not the case in Xinjiang, and Beijing desperately needs this stability to manifest its Dream OBOR. To win hearts is more complex than to build a new Silk Road.

Born in France, Claude Arpi has settled in South India 42 years ago. He is the author of several books on Tibet, India-China and Indo-French relations. He presently holds the Field Marshal KM Cariappa Chair of Excellence from the United Service Institution of India. The views expressed here are his own and do not represent the United Service Institution. Image Credit: CC by T Chu/Flickr.