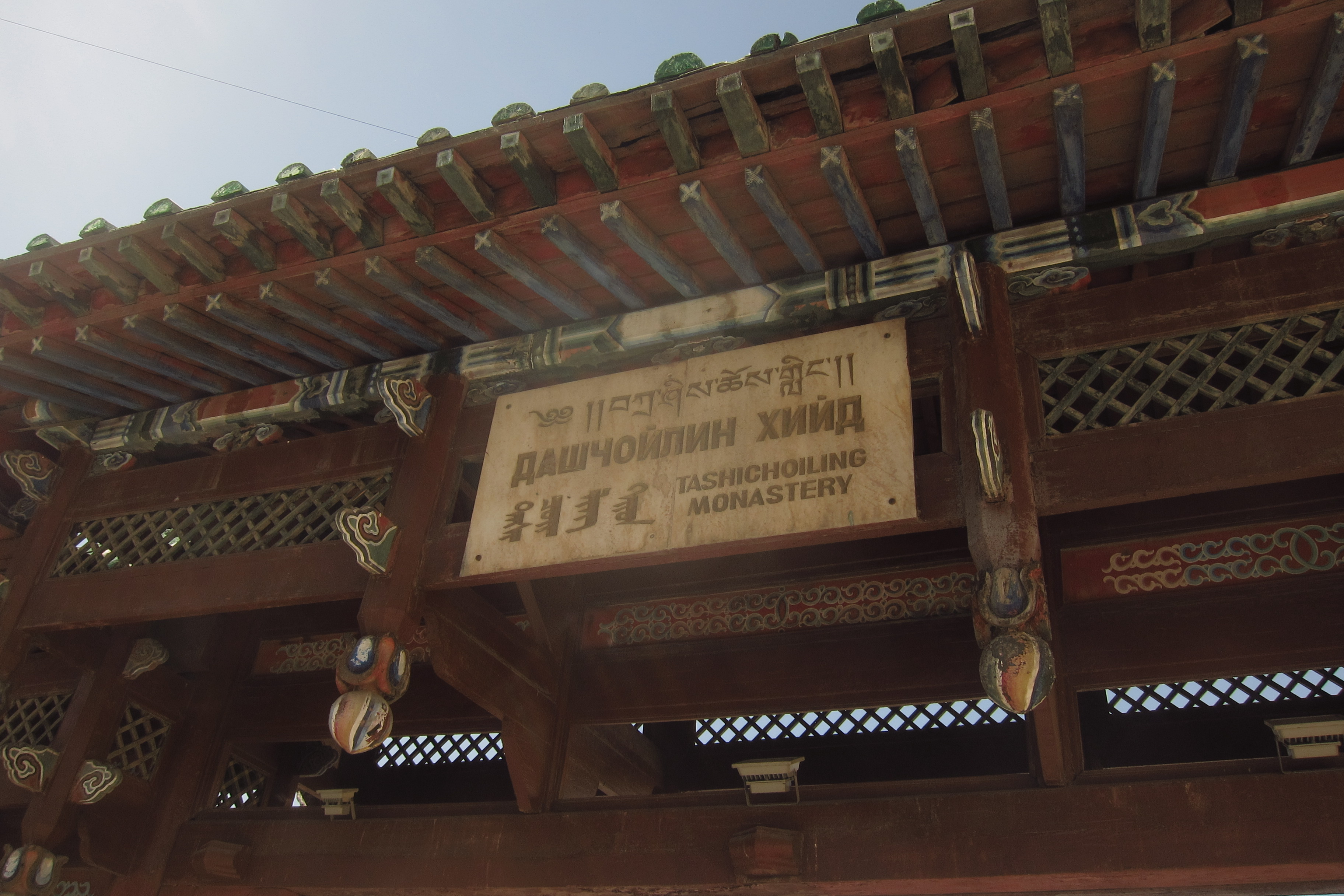 “No matter what the 14th Dalai Lama says or does, he cannot deny the Central Government’s right to recognise reincarnations,” says Norbu Döndrup ནོར་བུ་དོན་གྲུབ 罗布顿珠, one of the highest-ranking Tibetan officials in the Autonomous Region’s government. Zhu Weiqun 朱维群, former deputy head of the United Front Work Department who now chairs the ethnic and religious affairs committee of the People’s Political Consultative Conference, famously stated that Dalai Lama reincarnations “have never been a purely religious matter;” historical precedent makes the state’s prerogative to manage reincarnations “an important manifestation of the Central Government’s sovereignty over Tibet.” The state clearly cares about reincarnations, and not only when the Dalai Lama is involved. The PRC has now spent decades regulating, codifying and “standardising” the identification and training of increasing numbers of reincarnating lamas, who often are given positions in state administration. The respect they command among many Tibetans makes gaining the “initiative, leadership and control” over reincarnation management a tool for maintaining social stability in Tibetan areas.

Extensive research has been devoted to the design of reincarnation policies. The TAR and central governments take reincarnate lamas on trips and training sessions around the country, including visits to Maoist sites. Interviewed during one such educational trip, the Jedrung རྗེ་དྲུང 吉仲 Rinpoche of Dzodzi མཛོ་རྫི 佐孜 monastery in Chamdo, himself installed as such a ‘living Buddha’ by the relevant local authorities in 2000, talks of his and other religious figures’ duty to “develop the good Tibetan Buddhist tradition of love of country and religion (爱国爱教),” contributing to the “mutual adaptation of religion and socialism.” The training seems to be working: the Rinpoche was repeating, verbatim, Party slogans that go back to the Jiang Zemin era.

For Buddha and country

Marxism, Buddhism and nationalism may come across as an incongruous mix, but a sizable body of literature has accrued in order to glue it together. Although religions, and Tibetan Buddhism in particular, were on the wrong end of Party theory (and practice) for a good half of the PRC’s history, now parallels are made between the ways Buddhism and Marxism changed after being imported into China, converging into a nationalist, in-one-country amalgam. Invoking Jiang’s ‘mutual adaptation’ motto in a speech last year, Xi Jinping advocated “supporting our country’s religions to maintain their Sinification course.” Ye Xiaowen 叶小文, former head of the State Administration for Religious Affairs, explained Xi’s statement: after coming to China, Buddhism underwent a Sinification, while Christianism became “independent and autonomous”; “our country’s religions take special pride in patriotism.” Cai Shuangquan 蔡双全, a historian of Chinese Communism, has even argued that Mao Zedong’s “sacred mission” against the oppression of the masses made him a model of Buddhist life.

The PRC’s embrace of reincarnation management began with the restoration of the Qing dynasty ‘Golden Urn’ lottery, used to select the Panchen Lama in 1995. The early aughts saw increased efforts devoted to establishing a reincarnation management system for as many Tibetan lineages as possible, but work remains to be done: a 2015 white paper talked of 358 incarnate lamas in the TAR, “of which more than 60 newly reincarnated living Buddhas have obtained recognition according to historical conventions and religious rituals,” likely meaning ‘according to recent legislation and state oversight.’ Other Tibetan Buddhist areas of the PRC include hundreds of other lineages at different stages of standardisation. Overall, however, the Party-state is already in charge of the reincarnation business. Lineage holders ‘trained’ under its tutelage, and the will and wherewithal to maintain Tibetological research, are giving it an ability to shape Buddhist orthodoxy.

From the centre to the periphery

The PRC’s emphasis on the Urn system, and its criticism of the Dalai Lama’s unwillingness to reincarnate through it make rebirth policy an international issue. The lottery covered not only Tibetan but also Mongolian lineages. In a recent piece for CPI Analysis, I described the tensions surrounding the Dalai Lama’s visit to Mongolia last November and his announcement that the next incarnation of the Jebtsundamba Khutugtu, the country’s highest lama, had been identified. China protested the visit, but limited its demands on the reincarnation to “hoping” Mongolia would deal with it “autonomously,” i.e., without Dharamsala involvement in his enthronement and education. While refraining from imposing reincarnations abroad, such an approach stops short of relinquishing influence over Mongolian Buddhism. In fact, religious interactions with Mongolia illustrate the emergent use of ‘Sinified’ Tibetan Buddhism as a foreign policy tool.

A set of policy recommendations on exchanges with Buddhism in Mongolia (and ethnic Mongolian areas of Russia) emerged in 2011 as a mysterious article published by a Hong Kong-based think-tank with known government links. I summarised those recommendations in my previous piece, but some bear repeating: fostering religious exchanges with Mongolian (and Russian) Buddhism, in particular by sending “virtuous and respected high monks;” the use of “social and economic methods,” based on “China’s advantageous trade position,” to restrict the influence of the “Dalai clique.” An example of this would be “monopolising” the religious artifact market through state-supported Chinese companies, perhaps modelled on the Gang gyan Development Company (བོད་གངས་རྒྱན་དར་སྤེལ་ཀུང་སི་ 西藏刚坚发展总公司) established by the 10th Panchen Lama. As the examples below will illustrate, state-mediated exchanges between Chinese monasteries and companies and selected Mongolian clergy are consistent with these recommendations, lending credibility to the further, still unimplemented advice to negotiate a transnational “system for the search, recognition and final announcement” of reincarnate lamas.

A description of the role of Tibetan Buddhism within the Belt and Road Initiative, elaborating on Xi Jinping’s statements at the Beijing forum, was delivered at a recent meeting by Wang Changyu 王长鱼, Party secretary at the High-level Tibetan Academy of Buddhism (中国藏语系高级佛学院). The Academy’s experience training Tibetan Buddhist monks and its well-developed system of scholarly degrees, says Wang, creates an advantageous position allowing to “help countries and territories along the ‘Belt and Road’ satisfy their demand for religious specialists and scriptures.” Such exchanges can serve two goals: to showcase “the results of our Party and country’s ethnic and religious policies, displaying the healthy heritage and development of Tibetan Buddhism” in China, while reducing “the Dalai clique’s space of activity, upholding national sovereignty.”

The case of Mongolia

Chinese policies towards Mongolian Buddhism focus on fostering exchanges with part of the Buddhist clergy, to some extent exploiting divisions within it to empower those opposed to the Dalai Lama. The exchanges described below, all mediated by Chinese state organs, involve Chinese monasteries and a producer of religious artefacts.

The Amarbayasgalant Амарбаясгалант monastery in the north of the country enjoys particularly good relations with Chinese clergy and officials. Visits occur in both directions and have involved meetings with high-placed members of the China Buddhist Association (中国佛教协会), including the Panchen Lama, one of its vice-presidents. One such encounter left the Mongolian visitors with “a deep understanding of [China’s] policy of religious freedom.” The Amarbayasgalant is an important place of worship for the Dorje Shugden movement, whose dispute with the Dalai Lama often results in an alignment with PRC policies.

The last Dalai Lama visit was strongly condemned by Sanjdorj Санждорж, the abbot of Ikh Khüree Их хүрээ monastery in Ulaanbaatar. He regretted the Dalai Lama had been invited “without the approval of the two neighbours” (Russia and China, although only the latter seems relevant). Some of his views were quoted in Chinese state media. In one of many exchanges with China, last August Sanjdorj visited the Yonghegong 雍和宫, the Beijing monastery where most Mongolian reincarnations were selected under the Qing Urn system. He was accompanied by officials from the Central United Front Department.

The Yonghegong temple has decided to donate a 21-metre statue of boddhisattva Maitreya to another Ulaanbaatar monastery, the Dashchoilin Дашчойлин. Its abbot, Dambajav Дамбажав, is not against the Dalai Lama, whom he has repeatedly met, including during the last Mongolia trip, but a good reason for cultivating him could be his role as vice-president of the World Fellowship of Buddhists, an organisation where Beijing has been steadily trying to gain more influence. The Maitreya was ordered from Karma Bisha ཀརྨ་བི་ཤྭ 噶玛博秀, a famous Sichuan-based producer of religious statues owned by a Tibetan artist and entrepreneur. The project has been advancing slowly: a ceremony was held in 2014 for the delivery of the statue’s feet, but the foundations for the structure that will house only began to be built a month ago.

Three days after the end of the last Dalai Lama visit, with Chinese punitive sanctions in force and all official contacts suspended, the Chinese embassy sent a representative to the opening of a Tibetan art exhibition it helped organise at the Manba Datsan Манба дацан monastery. Its abbot, Natsagdorj Нацагдорж, has also been frequently involved in exchanges with China, on one occasion praising Tibet’s “transformation under the CCP’s leadership.” In a 2015 interview where he took umbrage at accusations of receiving Chinese money, he alleged that “the Dalai Lama’s people’s problems with the people of China aren’t that interesting to us Mongolians” and blamed “foreign” actors for inciting discord on the Panchen dispute (he has met China’s Panchen Lama).

Beijing’s approach to Mongolian Buddhism thus largely follows recent recommendations, although a whiff of Qing continuity lingers. While renouncing the ‘Outer Mongolian’ part of the Golden Urn system, the government has given the Yonghegong a central, historically conscious role in interactions with Mongolian monasteries and even, through the Maitreya donation, in shaping the religious geography of Ulaanbaatar. Aid and exchanges empower Beijing’s preferred section of Mongolia’s clergy, while the credible threat of economic sanctions attempts to dissuade the rest from interacting with Dharamsala. Thus far, the approach can hardly be called successful: PRC links are controversial, and allegations of Chinese financing often put abbots such as the ones discussed above on the wrong end of nationalistic commentary; opposition to the Dalai Lama remains a minority view; despite the asymmetry of the relationship, the full range of PRC economic sanctions over his November visit was appeased with an ambiguous, non-apologetic statement that promised little beyond the status quo. Gifts and bullying haven’t restored the Qing’s sway over Mongolian Buddhism, or even the primary expected result, severed links with the exiled Tibetan religious hierarchy.

Although the credit for the idea of embedding Tibetan Buddhist ritual into statecraft goes to early Qing emperors, rather than Party-school dialecticians, the PRC has now caught up and, after letting it ‘mutually adapt’ with socialism, managed to Sinify the ‘opium of the people’ into a soft-power commodity. Strategies similar to those implemented in Mongolia, involving the sale or donation of religious artefacts, monuments and scripture, influence building within Buddhist organisations and alliances with anyone Dalai-unfriendly, are seen elsewhere in the Tibetan Buddhist world, often in clear competition with India. Tibetan Buddhist soft power will likely continue to evolve as a tool of Chinese policy towards Mongolia, Russia, the Himalayas, the Tibetan diaspora, Western Buddhists and international Buddhist organisations.

Jichang Lulu is an independent researcher and writes frequently on China’s interests in the Arctic. Image Credit: ‘Dashchoilin monastery in Ulaanbaatar’ CC by Paweł Szczap.  An extended version of this piece can be found on the author’s website.