From State Gift to Total Ban: China, Ivory, and the Global Wildlife Trade 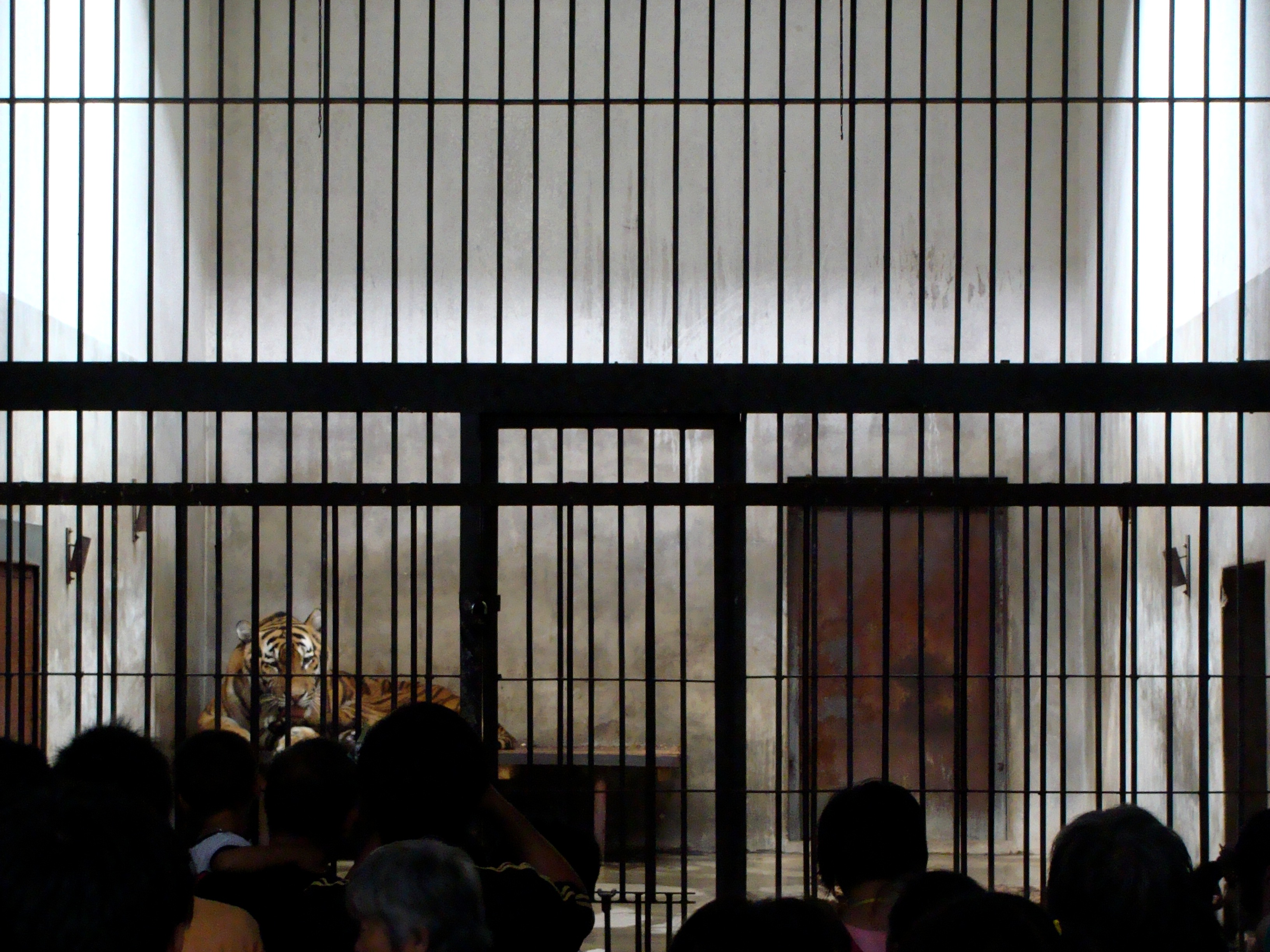 To many, NBA superstar Yao Ming is a shining beacon of great sportsmanship. But he is not just an accomplished basketball player, he is also a committed wildlife activist. During his career, Yao Ming has stood up for elephant calves who have lost their mothers to the ivory trade, and it has taken great courage for him to do so. Ivory carving is believed by many in China as an ‘intangible cultural heritage,’ something to be proud of, glorified and continued. Even as recently as the 1970s, the Chinese authorities continued to use ivory as state gifts, presenting an exquisite carving to the United Nations in 1974.

But Yao Ming’s efforts – and indeed those of tens of millions of people including politicians, conservation experts, and celebrities – appear to have paid off. In December 2016, China announced that it would use the next 12 months to end its domestic ivory trade. The announcement was commendable, but Beijing has a lot to accomplish in this area. China is believed to be the biggest destination for illegally traded ivory with some 70% of ivory trafficking reportedly headed for China. This policy announcement, however, represented China’s ability to react to global and domestic public opinion, making important policy decisions that have impact on China’s economic development.

Still, China remains perhaps the country most implicated in wildlife crimes both at home and abroad. Inside China, snakes are rarely seen in the wild; the South China Tiger (SCT) is extinct in the wild; Baiji, the Yangtze River dolphin, is believed to have been extinct since 2006; and Siberian tigers inside China have been reduced to no more than 30 individuals in the wild. Internationally, Russian bears continue to be poached for their gallbladder, hide, and paws for the Chinese and other markets. In 2010, 447 bear paws were found in a shipment to China. In 2016, 525 bear paws from Siberia were confiscated by the Russian customs. Pangolins have been another animal targeted by poachers with direct or indirect links to Chinese consumers. In the last two years, almost half a million pangolins have been poached, and China is the primary destination. Having depleted the species domestically, poachers have expanded their reach into the pristine forests of Southeast Asia and Western Africa. A 2014 National Geographic report also identified China as the main destination of 7,000 illegally poached marine turtles.

China does have a law protecting its wildlife. But the Wildlife Protection Law (WPL) adopted in 1989 has been a gigantic disappointment. Not only is it toothless, the law, with its identification of wildlife as a ‘natural resource’ and its endorsement of wildlife utilization, has in fact supported an assault on wildlife species in the name of development. Since the law’s implementation, wildlife exploitation has expanded at a breathtaking rate. Wildlife farming, a state monopolized sector in the pre-reform era (1949-1978), has became a profitable business.

Bear farming, a gross inhumanity to an animal species, has become an industry, enslaving more than 10,000 bears for bile extraction. Besides bears, tigers, snakes, quails, peacocks, freshwater turtles, civet cats and others have all been farmed. There is shocking cruelty on China’s wildlife farms. Bears are incarcerated for life and milked through an open wound cut into their stomach. Tigers are confined to iron cages in the hope that official policy will change, allowing the use of tiger parts in Traditional Chinese Medicine (TCM). Wildlife parks, zoos and aquariums, built since the mid-1990s, have never hesitated to stage animal performance, conduct live feeding, and tether de-toothed, drugged, and emotionally conquered tigers for visitors’ entertainment. The 1989 Wildlife Protection Law has been called a ‘wildlife resource management and utilization law’ by the concerned Chinese public. Despite revision, it remains a ‘resource management law’ according to Chinese experts and legal scholars.

The eating of unusual or exotic animals, previously a habit found only in the South of China, has also spread to the rest of the country. And like the possession of ivory or trophy hunting, the consumption of rare and endangered species has now become a status symbol for the nation’s rich and powerful. Worldwide conservationists have been asking if the world’s wildlife can survive China’s ferocious appetite.

Of course, wildlife devastation is not an exclusively Chinese problem. It is a global challenge. The placing of human interest over that of wildlife and nonhuman animals is a transnational and transcultural practice regardless of differences in political institutions and economic systems. However, the Chinese assault on wildlife has several unique dimensions. First, China’s astonishing economic development has not eroded the collective memory of poverty and hunger. Development at all cost is still the mantra to be followed, and this influences many of the decisions of China’s political leaders. Second, the fact that China has a serious rural unemployment problem, a potential source of social instability, has prevented the Chinese authorities from acting in the interest of wildlife protection. Regime stability remains the top priority of the Chinese government. Ending state support for wildlife use could put millions of people out of a job, rocking the foundation of the established ruling order.

Culture and tradition have also been used to defend the interests of wildlife farms. Bear farming has been tried in the court of public opinion in China. Yet, the industry has zealously defended itself as an agent of cultural revival. As an ingredient in TCM, its defenders argue that bear bile is irreplaceable. Questioning wildlife use in TCM is sure to elicit a knee jerk reaction from those who see Chinese critics as ‘traitors’ to their own culture and foreign critics as agents of ‘Western cultural imperialism.’ To the farmers, there is no animal cruelty issue in China’s wildlife farming industry. There is only Western hostility, which ultimately aims only to stall China’s rise, opening the door to Chinese markets for Western pharmaceutical interests.

Contrary to popular belief, China does not have a culture of animal cruelty. Compassion has been a dominant element in China’s mainstream political and religious ideologies since ancient times. Certain traditional practices have not survived a test to their relevancy in the 21st century. No cultural practice, from foot-binding to arranged marriage, can block human progress. Accordingly, TCM and exotic food consumption will continue to change with the times. In 1993, China banned the use of tiger bones and rhino horns in prescriptions. President’s Xi’s 2012 anti-corruption campaign dealt shark fin consumption in China a heavy blow. The December 2016 decision to end the domestic ivory trade was another example of China’s cultural practices adapting to the contemporary cultural and political climate.

In this age of global interdependence, China’s closed political system has proved to be conditionally open to the influence of domestic and global public opinion. I believe the Chinese authorities can, should and will do more to support wildlife conservation. China’s increasing affluence, improved awareness, and accelerating urbanization are helping to create not only the material and philosophical conditions necessary for major policy changes. Crucially, the political conditions seem to be there also.

Dr Peter J. Li is Associate Professor of East Asian Politics at the University of Houston-Downtown. He is also a China Policy Adviser to the Humane Society International. In 2016, he wrote on China’s Ivory trade ban for ChinaFile. Image Credit: CC by chrisch_/Flickr.
When Trump met Modi
Acrush: A Case Study in Chinese Gender-Neutrality