Celebrating the Anniversary: Political Frustration and Impasse in Hong Kong 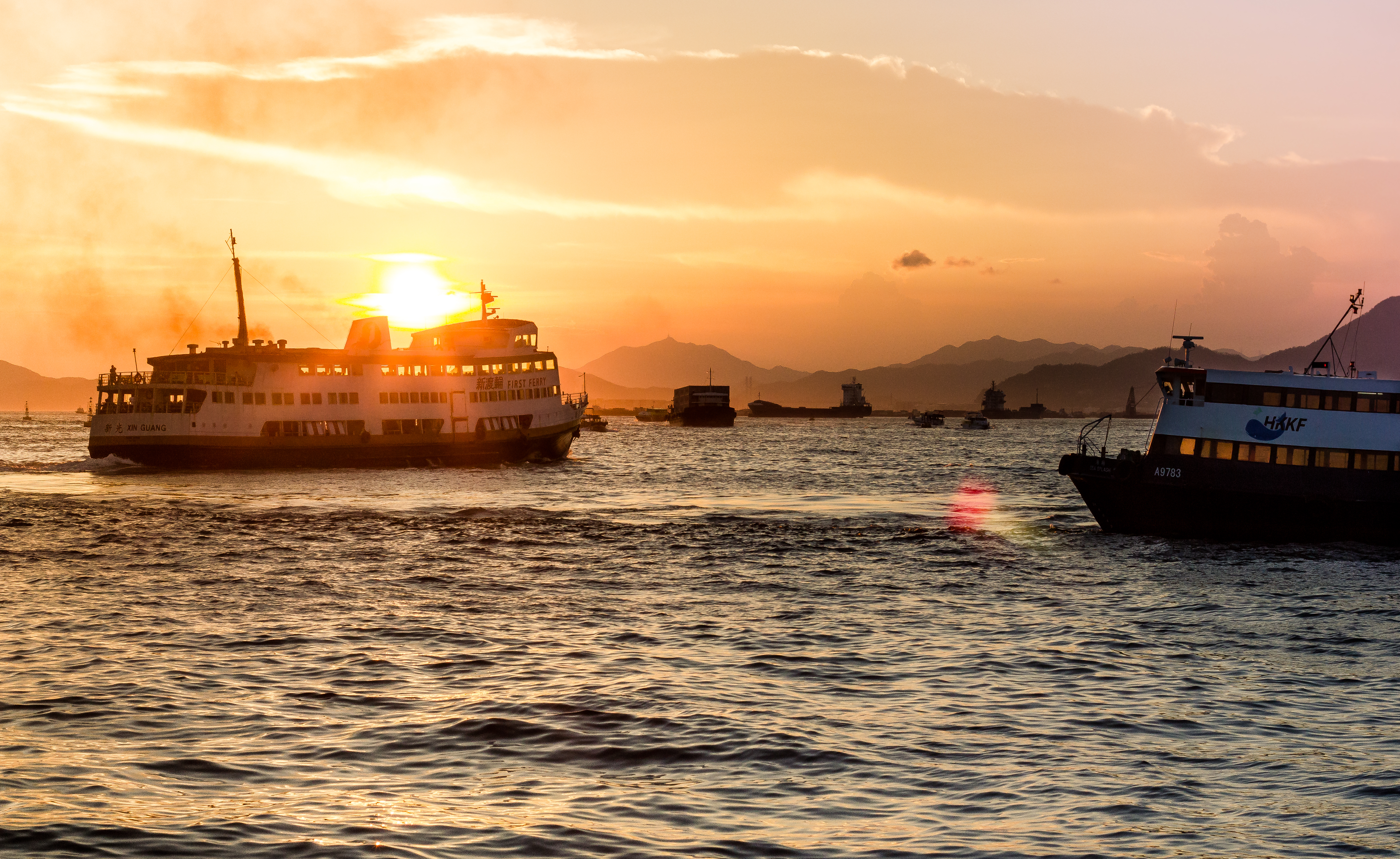 On the twentieth anniversary of the Hong Kong handover to China, one cannot but feel some sneaking sympathy for mainland leaders. They are beset by international uncertainties: an unpredictable and erratic president in the White House; a missile-rattling supreme leader brandishing loose nukes next door in North Korea; multiple challenges to the established order of economic globalization, commercial liberalization, and multilateral cooperation from which China has profited massively since the late 1970s; and Muslim extremism around the world, with radicalized Xinjiang Uighurs allegedly responsible for numerous terrorist incidents within China, several hundred such recruits from China reportedly joining the Islamic State (ISIS) in Iraq and Syria, and two Chinese nationals in Pakistan apparently executed by ISIS in May 2017. Further complicating the picture, mainland economic growth has slowed, while the country’s debt burden has grown dramatically in recent years, leading Moody’s—over strong Chinese protests—to downgrade China’s credit rating in late May 2017, the first time since 1989 this has occurred.

Given this background, harried top leaders would undoubtedly have welcomed and perhaps even anticipated a straightforward, uncontroversial, and elegantly choreographed celebration of two decades of successful Chinese rule in Hong Kong, complete with spectacular fireworks, parades, extravaganzas, and self-congratulatory speeches. In a lovefest of the great and good, all involved would have patted each other complacently on the back. On one level, this jamboree is still scheduled. HK$640 million (approximately US$80 million), a ninefold increase on the 2007 tenth anniversary, has been budgeted for over 500 miscellaneous activities marking the event. Yet, with President Xi Jinping of China expected to spend three days in Hong Kong, a visit during which he will swear in Mrs. Carrie Lam Cheng Yuet-ngor, the new Chief Executive, tight security will be the order of the day. A significant number of Hong Kong onlookers will probably be disaffected. As 2014 demonstrated, far from identifying with China, there is a growing tendency for Hong Kong people to view themselves as belonging to Hong Kong first and China second—if at all. A special government-commissioned song marking the occasion has been mercilessly mocked. For Beijing, winning the hearts and minds of a mere 7 million Chinese in Hong Kong is proving a decidedly uphill battle.

At least some portions of the Chinese policy community are increasingly vocal in advocating a harder line towards Hong Kong. At a recent conference on Hong Kong held in China, some academics from leading Beijing and Shanghai policy institutes stated forcefully that the 2014 Hong Kong protests were largely the product of foreign influence, run on outside instructions purveyed by such Western-backed non-governmental organizations as the Next Generation Initiative, Freedom House, the American Center for International Labor Solidarity, and the Hong Kong-America Center. They advocated this view—also promulgated by Leung Chun-ying, Hong Kong’s highly unpopular outgoing Chief Executive—despite extensive evidence that the protests were essentially local in origin, with little significant input from foreign sources.

Such narratives are reminiscent of the self-interested insistence of the British government 50 years earlier in interpreting the 1967 Hong Kong riots as the product of Communist agitators, as opposed to perceiving them as primarily a local popular response to dire economic conditions and living standards. As Valeria Zanier and Roberto Peruzzi demonstrate in a chapter in the forthcoming volume China, Hong Kong, and the Long 1970s, treating the disturbances 50 years ago as political in origin and externally inspired allowed the British government to impose a state of emergency. This in turn permitted the removal of the loophole in the sterling system that had meant that until then currency transactions in Hong Kong enjoyed more favorable exchange terms than the normal sterling rate. Characterizing the 2014 Umbrella movement as a foreign-inspired campaign rather than the product of locally driven if complicated and somewhat incoherent discontents merely allows the mainland government to evade responsibility for the unpalatable fact that, 20 years after the handover, it has largely failed to win over Hong Kong young people and many of the educated middle class.

This alarmist version of events offers in addition a convenient pretext for moves to dismantle many of Hong Kong’s existing practices. In response, Chinese officials are now rather un-subtly suggesting that Hong Kong should be more closely integrated into the mainland system, with less deference accorded its purportedly unique rights and freedoms. In early 2017, at the National People’s Congress (NPC) annual Beijing meeting, suggestions were floated that the mainland government should be more actively involved in interpreting and reviewing Hong Kong legal decisions; that foreign judges should be phased out of Hong Kong courts; that Hong Kong—currently exempt from all mainland taxes—should in future be expected to pay taxes to Beijing; and that the People’s Liberation Army (PLA) should if necessary suppress popular riots.

In late May, Politburo member Zhang Dejiang announced that Beijing intended to exercise ‘implicit powers’ over Hong Kong that had not previously been employed, including instructing the Chief Executive, scrutinizing legislation, and supervising the loyalty and ‘patriotism’ of civil servants. Hong Kong academics were also urged to study the Basic Law and instill ‘correct’ understanding of it in their teenage students. More followed. In mid-June 2017, Feng Wei, deputy director of Beijing’s Hong Kong and Macau Affairs Office, stated that in future the PLA garrison in Hong Kong, which has to date displayed notable restraint, would ‘play an even bigger role in promoting the reunification of [Hong Kong] people’s hearts.’ During the Occupy protests the garrison had, he proclaimed, functioned as a ‘strong backup’ to the local authorities.

In terms of carrots, top officials are simultaneously urging Hong Kong to participate actively in the Belt and Road Initiative. Hong Kong, with its close ties to overseas Chinese capital networks, should, it is suggested, be particularly heavily involved in Southeast Asia. In addition, Hong Kong is also exhorted to integrate its economy more closely with the local southern ‘bay area’ of Macau, Zhuhai, and Guangdong province. The incoming Chief Executive has been advised to focus on social welfare issues. Perhaps understandably, given the events of the past few years, reopening the can of worms that political reform now represents is decidedly not on Beijing’s agenda. The hope is that prosperity and economic growth will blunt demands for greater Hong Kong autonomy and independent administration.

Uncompromising attitudes are also demonstrated at less formal academic gatherings on Hong Kong held within China. At one such recent meeting, a senior scholar from a prominent Beijing-based international affairs institute warmly applauded the NPC’s repeated interventions on the Hong Kong Basic Law, welcoming greater Chinese involvement in Hong Kong internal affairs. ‘We have every power to run Hong Kong,’ he proclaimed. In addition, he rather cavalierly suggested that, if necessary, ‘the PLA could take over Hong Kong in ten minutes.’ No doubt it could, though the events of June 4, 1989 suggest that the precise timeframe may be slightly over-optimistic. Yet, as I have suggested in Hong Kong and the Cold War, the same was equally true of the PLA and Hong Kong in the near half-century from 1949 to 1997, when Hong Kong as a separate entity existed on mainland sufferance.

Destroying the village in order to save it is rarely profitable. China is still coming to terms with the internal and external impact of the PLA’s actions in Beijing 28 years ago. The fallout from military intervention in Hong Kong would almost certainly be equally self-defeating and counterproductive. Hong Kong people value their children and quietly protected them during the 2014 protests. It is rarely remembered that within a few days after the demonstrations began, the Hong Kong authorities shrank the sites to dimensions that, by clearing major highways, effectively allowed the city to continue functioning for 79 days with only limited inconvenience. Machiavellian calculation that eventually the activists would get tired and go home? Or tacit determination that the prevalently youthful demonstrators—the central group rather frighteningly camped out directly under the PLA barracks—should survive relatively unscathed? Unless one wished for proof incontrovertible that the Chinese Dream is in reality the Chinese Nightmare, it is difficult to see what positive outcomes reducing a once dynamic and vibrant international metropolis to a sullen city patrolled by Chinese tanks would accomplish. It would certainly demonstrate that those skeptics who contended from 1984 onward that China lacked the sophistication and flexibility to make the One Country Two Systems arrangement work were justified. And if nothing else, it would probably convince Taiwan that reunification with China on any terms whatever should at all costs be avoided.

A vicious inflammatory spiral has now taken hold, one that Mao Zedong, Zhou Enlai, Deng Xiaoping, Qiao Guanhua, Qian Qichen, and other past Chinese architects of Hong Kong policy all had the statesmanship and restraint to avoid. Every draconian pronouncement by mainland officials provokes additional resentment within Hong Kong, often from individuals who were previously largely apolitical. Until Leung Chun-ying, the current Chief Executive, and others perhaps cynically drew attention during and after the recent protests to fringe writings on the possibility of Hong Kong independence, no serious separatist movement existed in Hong Kong. Even now, its appeal is extremely limited. Greatly to her credit, in June 2017 Mrs. Carrie Lam broke with what is all too rapidly becoming a prevailing narrative and publicly stated that only ‘a very small group of people’ supported Hong Kong independence, and that the opposition pan-democrats were not advocates of separatism, but merely sought to improve and protect the existing system.

Mrs. Lam, until then chief secretary, owed her selection as Chief Executive in March 2017 to pressure from Beijing. Mainland representatives who preferred her over her decidedly more popular rival, former financial secretary John Tsang Chun-wah, and campaigned remorselessly to engineer her endorsement by a majority of the 1,194-strong Selection Committee, ruthlessly undercutting potential runs by candidates usually perceived as more pro-Beijing. Mrs. Lam, who will take office at the age of sixty, is significantly younger than any of her actual or potential competitors and, should her first term be even relatively smooth, quite likely to serve ten years as Chief Executive. This may well have been one point in her favor, so far as her patrons were concerned. Micro-managing irritatingly stubborn Hong Kong people must often seem a thankless task, one the mainland authorities would wish when possible to delegate to a suitably pliant and malleable surrogate.

The real question, then, is whether Mrs. Lam will simply live up to these expectations, or will she become her own woman? Unquestionably, Lam is well aware that Beijing’s backing for her has been a mixed blessing. She does have one great advantage: she did not seek this position, and even stated, in one campaign interview, that she would resign should she lose the support of ‘mainstream opinion.’ There is a long tradition of supposedly innocuous political candidates—Pope John XXIII was one shining example—surprising their sponsors and becoming decisive and even inspirational leaders after taking power. Could this happen in Hong Kong? In the past, as several chapters in Hong Kong and the Cold War demonstrated, Hong Kong people have proved adept in devising innovative strategies that have reconciled conflicting pressures, and then adapting these to fit changing circumstances. Tackling the current turbulent situation facing Hong Kong within and without will require an open mind, not to mention both luck and judgment, a happy combination that none of Hong Kong’s first three Chief Executives displayed. One can only hope their successor will be more fortunate.