The Death of Chinese Independent Cinema? 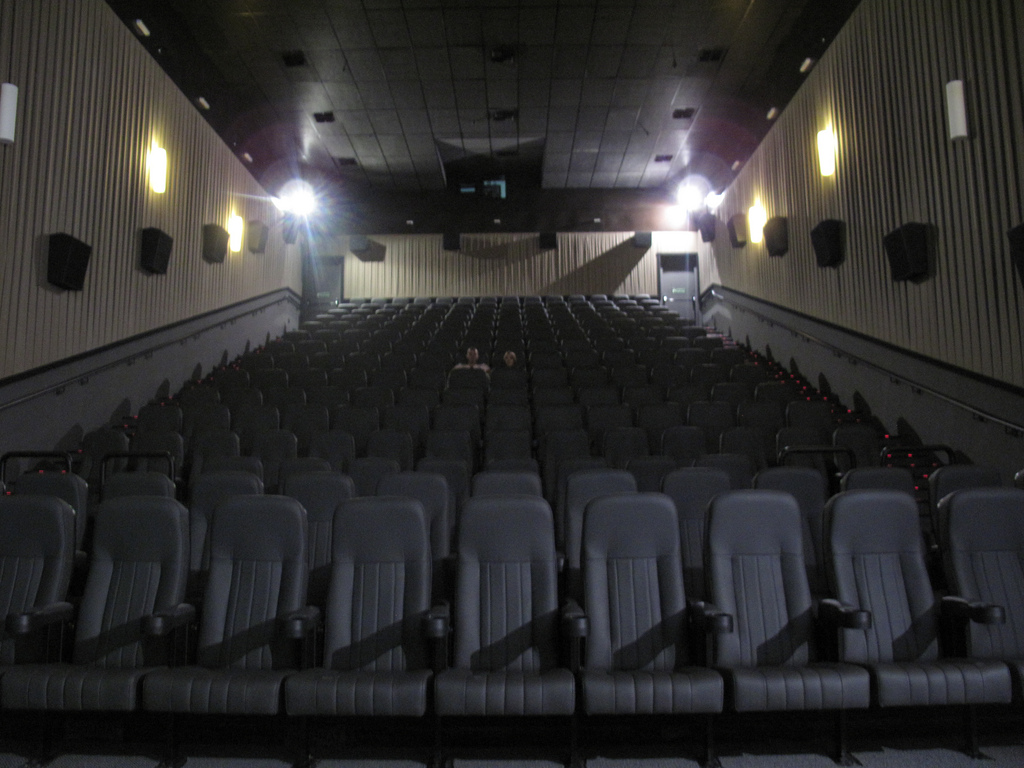 Is independent cinema in China dead? Chinese indies have been in a cat-and-mouse game with the authorities since their beginnings in the 1990s. Regulatory punishments are announced, but somehow the filmmakers carry on. However, the forceful suppression of the Beijing Independent Film Festival in 2014 made people sit up and wonder if it was for real this time. The implementation of China’s first actual Film Law in March of this year seems to have added to the chilling effect.

In April, at the Department of Film Studies at King’s College London, and in association with the Chinese Visual Festival, a symposium optimistically called “The Future of Chinese Independent Cinema” took place. Speakers included Professor Zhang Xianmin of the Beijing Film Academy, who is also one of the leading producers of Chinese independent films, and independent documentary filmmaker and author of a recent Chinese-language book on Chinese indies, Wen Hai, as well as other speakers from outside the People’s Republic of China. Based on what we heard, Chinese indie cinema as we knew it really is in steep decline. But perhaps it is being reborn as something new.

Chinese indie cinema “as we knew it” was a sort of shadow cinema. It went unrecorded in official yearbooks and uncollected by the China Film Archive. But it survived in the grey areas of China’s regulatory regime. “Independent” has a distinctive meaning in China. In the United States and most liberal democracies, “independent cinema” is understood in contrast to Hollywood and other mainstream commercial industries. The main thing that Chinese independent films and filmmakers try to be independent of is the state.

Therefore, the main standard for defining independence in China is not submitting your film to the censors. Censorship is a pre-condition for commercial exhibition. So, the filmmakers figured that if they did not try to sell tickets, making the films was not a problem. Instead, a circuit of events like the Beijing Independent Film Festival sprang up to exhibit the work and enable filmmakers to meet audiences. And because the regulations say that “film festivals” must be approved by the Film Bureau, in Chinese they were called “exhibitions” or “audio-visual screenings” to avoid that issue.

Periodic skirmishes with the authorities let everyone know when they were overstepping the mark, and for two decades, a modus vivendi operated. An alternative archive was produced of hundreds of features and documentaries dealing with topics that would never make it into mainstream Chinese media but were not directly oppositional. But now, that is over. None of the established indie festivals have survived. The new Film Law has been understood by some to mean that even making the films or holding a simple private screening runs the risk of prosecution.

It is often assumed that Xi Jinping’s authoritarian regime that came to power in 2012 is responsible for the crackdown. But in the symposium at King’s, Wen Hai argued the problems went back earlier. The so-called “colour revolutions” of the first decade of the new century spooked the Chinese Communist Party into believing tight control of the “ideological realm” was necessary again, and we are living with the consequences today.

What does this mean for the future? Some key figures have stopped making movies or at least greatly reduced their output. Feminist activist documentarian Ai Xiaoming was forced to retire from her position as a professor at Zhongshan University in Guangzhou, and has only recently started to make films again. Others have sought refuge overseas. Ying Liang, a director and organiser of indie film festivals in Sichuan has been living in Hong Kong, and that is where Wen Hai is based now and making his films.

Other filmmakers have decided to find ways to work “within the system.” The most prominent example is internationally awarded slow film auteur, Jia Zhangke. After getting a high enough profile with his early indie films to attract the attention of the authorities, he was pressured to submit his films to the censorship procedure, starting with The World (Shijie) in 2004. Today, more “independent-style” films are emerging from China. They look independent, but they have gone through censorship. Next time you see a Chinese “independent” film, check to see if opens with a “dragon seal” credit, the sign that it has been approved by the Chinese censors. Bi Gan’s much talked-about Kaili Blues (Lubian Yecan, 2015) and Yang Chao’s Crosscurrent (Changjiang Tu, 2015), which won Mark Li Ping-Bing a Silver Bear for cinematography at Berlin in 2016, are both examples. Whether these are true indies remains debated.

Meanwhile, although the high-profile indie film festivals have disappeared, a map that Zhang Xianmin showed during the symposium confirmed that various film clubs and other non-commercial screening activities continue. Independent events that do not feature independent films have not been shut down. For example, the FIRST International Film Festival in Xining is carefully called an “exhibition” in Chinese. Focused on young filmmaker debuts, 2016 marked its tenth edition.

Clearly, the situation remains difficult in the film world. But the energy that drove the independent scene is inspiring new initiatives elsewhere. The art world is one such space. In China, as elsewhere, no self-respecting contemporary art exhibition would omit moving image work. Some of China’s most prominent artists, like Cao Fei and Yang Fudong, are best known for their moving image work. And some of the established independent filmmakers, like Wang Bing and Zhao Liang, are increasingly active as artists on the gallery circuit.

Last but not least is the online world. In recent years, the Chinese equivalents of Youtube have become host to a vast ocean of short videos. Most are clips or music videos. But some are recognised as “micro-movies” (weidianying). We are only just beginning to find out about Chinese “micro-movies.” But what seems to drive many of them is the desire to talk about things you cannot find on mainstream television. Of course, the censors operate online, too. But there they are reactive rather than proactive. By the time an offensive “micro-movie” is deleted, it has often been widely downloaded and shared already.

None of this is intended to downplay the impact of the crackdown in the world of Chinese non-mainstream cinema. There has been a sea change, and the indie scene is greatly diminished. But to assume that China will no longer produce exciting and alternative moving image works would be a great mistake – they just may not be where we used to find them.

Chris Berry is professor of Film Studies at King’s College London and has published widely on Chinese and East Asian cinema.

Introduction to Special Issue on Film in China
China’s Cultural Reverse Course: From Independence to Patronage in Unofficial Media Production