66 Years and counting – Tibet and China 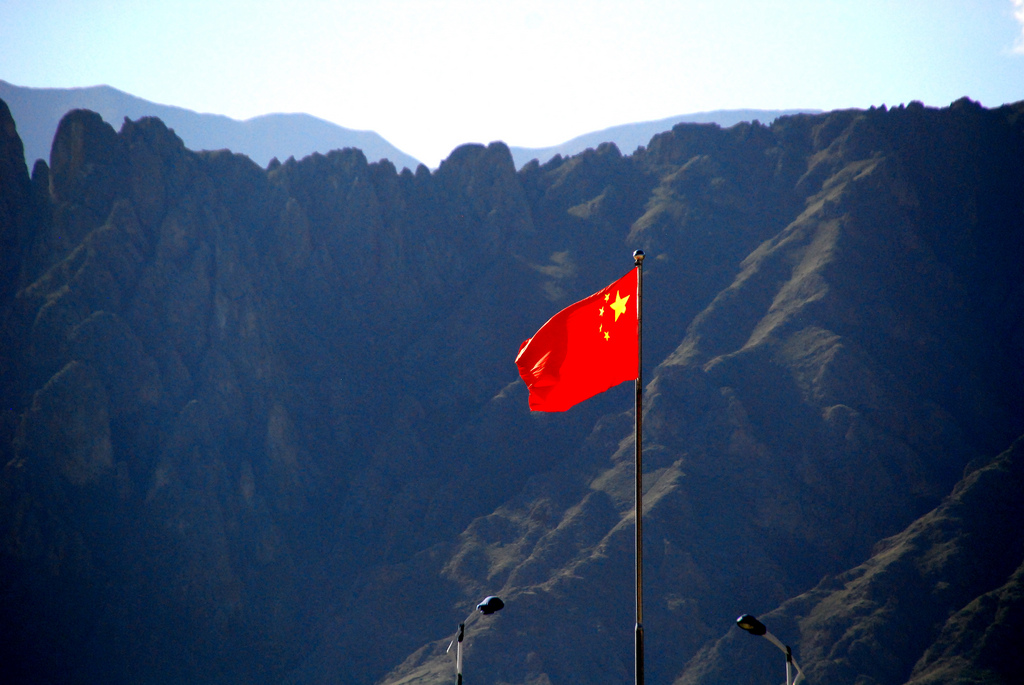 It is 66 years and counting since the People’s Liberation Army moved into Tibet, and 58 years since the initial surrender pact with the Tibetans collapsed, leading the Dalai Lama to flee to India with 80,000 or more other Tibetans. Those exiles or their descendants are still abroad, and the prospects of any resolution seem as remote as at any time in the last 30 years. Meanwhile, access to Tibet for outsiders remains more restricted than anywhere else in China, most Tibetans are unable to obtain passports and travel abroad, and reports of demonstrations, arrests and suicide protests continue to trickle out.

A conflict of this duration is considered by social scientists to be “intractable”, and most political analysts would probably rate chances of a durable solution at close to zero – after all, China is a rising power, Xi Jinping is clearly not persuaded by notions of rights or liberal values, and the Dalai Lama is in his sunset years. This is true of the immediate conditions, and they do not offer hope. But there are underlying aspects to this issue that make a solution more, not less, feasible.

That’s largely because, at base, this is a political dispute, not a military one. Although it was for two decades an armed conflict over independence, after the 1970s it shifted to a dispute over autonomy, with the Tibetan side making substantive concessions, dropping its independence claim, and agreeing to negotiations. The Chinese side has shown no interest in talks with the exiles since the last round of talks were held in 2010, when Beijing officials rejected all suggestions by the Tibetan delegates. But if China were to restart talks, the discussion would be over differing definitions of autonomy, which both sides say – albeit in name only, on the Chinese side – Tibetans are entitled to. This is thus not your average ethno-nationalist conflict: at least on paper, the two sides have commensurable objectives.

And in terms of international support, what little the Tibetans have been able to attract is mainly value-based and symbolic, with no military implications, making any concessions much less of a danger for Beijing. India is the only exception – it hosts the Dalai Lama and has 10,000 Tibetan exiles in its military forces – and is by far the most significant external player in this issue. But New Delhi’s concern is to stabilise its borders and to settle China’s border claims, not to gain Tibetan or Chinese territory or to weaken Beijing.

This is also reflected in the type of resistance on the ground: since the 1970s, Tibetan push-back has been almost entirely limited to street protests, and, more recently, self-immolations. Drastic though these might be, they are mainly designed to attract national and world attention to the situation, not to overthrow the Chinese state. Levels of violence have been generally low – over the last three decades the number of deaths caused by Tibetan protestors has been around 20, and half of those may have been accidental. Even if one adds in the Tibetan deaths caused by Chinese security forces – estimates vary from around 200 to 500 over three decades – these are markers of social unrest that is low intensity, meaning that the tensions are primarily about widespread discontent over policies, not an attempt to oust a regime at any cost. This doesn’t mean that Tibetans don’t believe in independence – probably many do. But it suggests they would put up with Chinese rule if they were given even half- decent policies and a modicum of respect.

So why won’t China take steps to improve the situation? Xi could do so overnight: allow religious teachings, end the ban on religion for students and officials, ban officials from insulting the Dalai Lama, and stop pushing nomads to settle. He could also regulate migration into the area, much as is done in Hong Kong. But instead, China declares that the situation in Tibet is one of “long, bitter and protracted war” with what it calls “.” This approach has led to a military response to a non-military problem, and is largely self-validating: it’s likely to provoke further discontent.

One reason for an apparently counter-productive strategy like this is that the officials who run Tibetan policy have an interest in overstating threats and inventing enemies; their careers depend on these claims. This is largely why the Chinese media have run denunciation campaigns against the Dalai Lama for the last twenty years, leading to a generation of Chinese who regard him, bizarrely, as a terrorist. But a deeper reason is the strategic significance of Tibet: it covers a quarter of China’s landmass, holds much of the nation’s and the region’s water supplies, and ensures China tactical superiority over its neighbours to the south and west. Tibet may be seen abroad as a marginal or even romantic issue, but to China and its neighbours it is of critical importance, and its leaders are naturally prone to avoid any risks with such a sensitive location.

This is why pressure from outside nations, paradoxically, is essential to progress on this issue. Other governments need both to persuade China that de-escalation of internal tensions is essential to domestic and regional security, and at the same time reassure Beijing that there are no concealed territorial ambitions behind the push for it to reach a rapid resolution of this issue.

There is a further reason why a political solution is urgent. China is using the secluding of Tibet, and also the neighbouring troubled area of Xinjiang, from the rest of China to set up a system of social micro-management that will give the state unprecedented access to the homes, lives and movement of every citizen. This is being done through residential cadre teams in every monastery and village, the “grid system” of local management, household-level responsibility systems, “convenience police posts” on street corners, and other forms of social intervention that are unusually invasive even for control-addicted China.

At the same time, it is now pushing through a policy that could weaken the use of Tibetan language: the so-called “bilingual kindergarten” program, which aims to see every Tibetan child enter pre-school education by the age of 3 within the next few years. Benign though this may sound, in reality, the program appears to encourage Tibetan infants to speak Chinese at the cost of mother-tongue fluency. It is only one of several education policy ideas, some already implemented, some still in discussion – primary-level boarding schools, ethnically mixed classes, increased numbers of ethnic Chinese teachers from the mainland, required “pairing” with mainland Chinese schools, to name a few – which might all be beneficial for the Chinese majority, but are acutely worrying for the minority.

Tibetan reaction to these developments within the country has shifted as policies have changed. In the early 2000s, there were few open protests by Tibetans, at least in eastern areas of the plateau, where Chinese policies had been far more relaxed than in central Tibet. But in 2008, in the run-up to the Beijing Olympics, policies against the Dalai Lama became increasingly aggressive and about 150 street protests took place, 20% of them including rioting and violence. As a military crackdown was put in place, protest shifted to symbolic statements by individuals in the form of self-immolations, from which at least 119 have died since 2009.

From 2013, as I and others have shown in a 2016 study of some 470 cases of political detention and 68 small-scale protests, protests were less frequent but more diverse: they occurred in many different places, often small villages that previously had been quiet, and responded to a greater range of issues than before, such as environment, mining, religion and Chinese disrespect for local community leaders. Since then, as new forms of invasive control and abusive propaganda have kicked in, public protests appear to have dropped in number. But this probably conceals increasingly deep-seated tensions, which are likely to erupt if the Dalai Lama is forced to die outside his homeland.

It is not all bad news: after six decades in Tibet, China has finally found a way to put cash in rural pockets in the Tibetan countryside, thanks to years of infrastructural investment (and semi-forced rehousing policies). The economy is booming. But whatever dividends this might bring for China in terms of Tibetan goodwill will be lost if tone-deaf policies on religion, the Dalai Lama, social management and Tibetan language are left in the hands of careerist and control-obsessed officials in Beijing and Lhasa. The Sino-Tibetan dispute could easily be resolved, but it will take sustained diplomatic pressure on Beijing to act urgently, for its own strategic interests, before the loss of trust on both sides is irreparable.