Film as soft power and hard currency: The Sino-Hollywood courtship 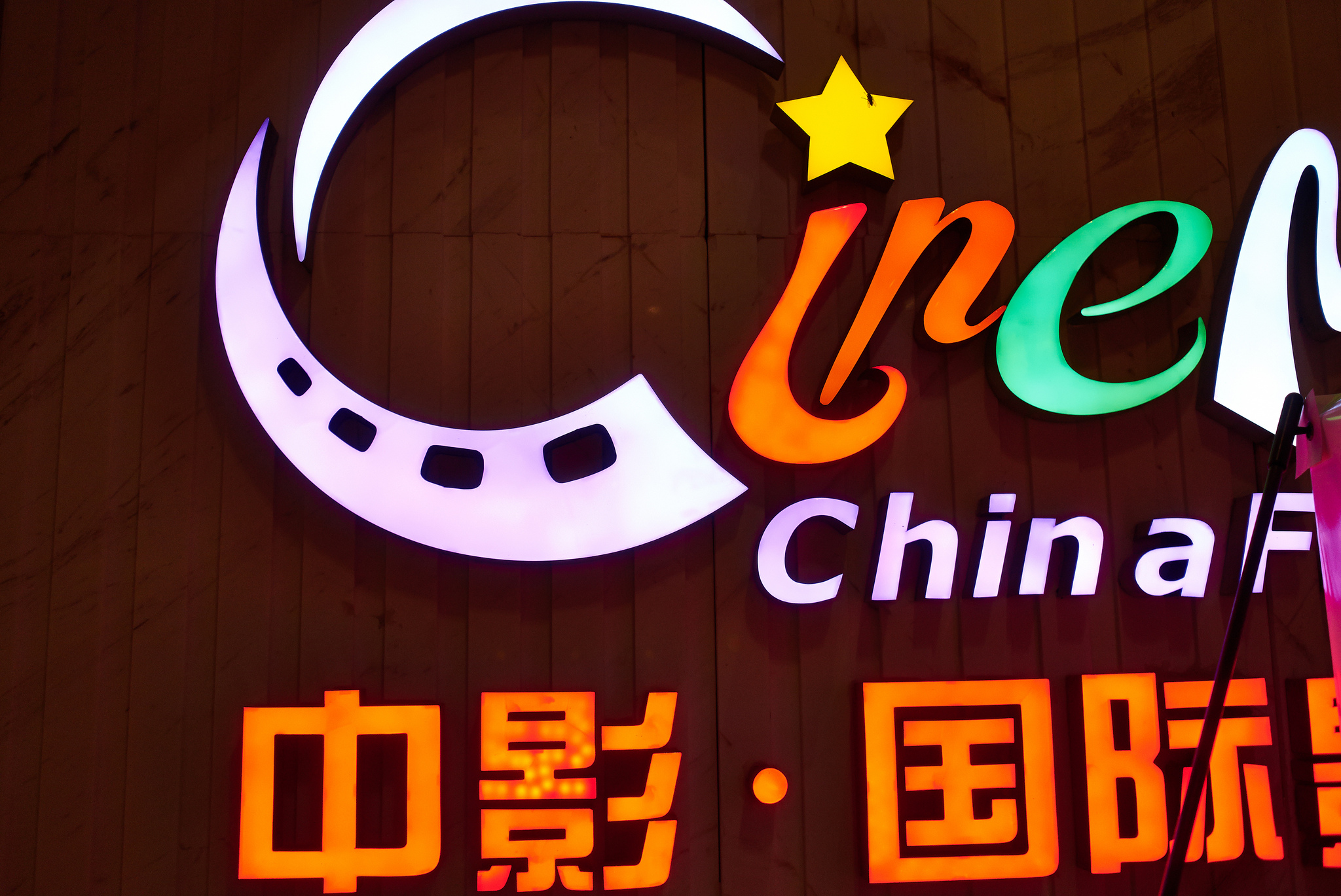 Hollywood dominated Chinese film market during China’s Republican era (1912-1949), with its share in profits ranging from 30% to 70% of the box office receipts, taking up to 80% of the Chinese market. The Communist victory in 1949 and the outbreak of the Korean War in 1950 brought an end to the Hollywood empire in China. The Chinese Government enacted an official ban on Hollywood films in 1950 as the anti-US policy and rhetoric raged in China. But China’s estrangement from Hollywood was only temporary, and the door to China’s film market would reopen in 1994 amidst Chinese cinema’s declining production output and theater attendance. The Chinese policy makers looked abroad for a solution, allowing an annual quota of ten blockbuster film imports into the Chinese market, predictably with Hollywood titles predominated. The imports generated huge revenue, amounting to 70-80 percent of the total box-office in China, instantly restoring Chinese audiences’ theater-going habit and subsequently revitalizing domestic film production.

My short piece here compares the context and terms of Hollywood’s Republican era China triumph to those of its repeat performance in the post-1995 era to reveal historical continuities and changes that do not appear in the standard accounts of political and ideological contests, of international economic competition, or of global expansion of media corporations, American and Chinese. I focus in particular on film as both a form of transnational cultural engagement and economic functioning, thus the terms “soft power” and “hard currency.”

The old global hierarchies of developed and developing countries have been destabilized as emerging powers such as China compete with the reigning power, the United States, for global influence, and the European Union struggles to keep it together. And smaller nations jostle to improve their position in the general pecking order by taking positions and forming alliances within the hierarchy.

Hollywood has done an exceptional job in spreading American culture and value around the globe. The utilization of cinema as a form of cultural persuasion and projection was routinely practiced in Russia during the Soviet era. Various European countries too have projected their own national images via media and culture products.

China has a long history in molding culture and art at the service of national interest. Chinese cinema has been at the forefront in serving China’s nationalistic aspiration since its inception. China’s expanding film market has added new currency for the film industry to function as a potent cultural ambassador.

The Chinese film market has expanded rapidly in recent years, and one account has it officially overtaking North America to be the world’s largest film market. The market is so big that it can break or make a film. For instance, the film Warcraft with a price tag of $160 million was a critical and financial flop in the US. Yet it racked up a $156 million in its first five days in China. At this rate, might a sequel to Warcraft be made solely for the Chinese market? Most importantly to the Chinese state, might the economic capital be transformed into cultural capital? Here is the claim of the Hong Kong martial arts film star turned Chinese cultural ambassador Jackie Chang’s prediction: “Warcraft made 600 million yuan (£64million) in two days. This has scared the Americans. If we can make a film that earns 10bn yuan (£1bn), then people from all over the world who want to study film will learn Chinese, instead of us having to learn English.”

As the world takes notice the power of China’s audiovisual market, recent years have witnessed the acquisition of US entertainment assets by Chinese companies, most notably Dalian Wanda, the Chinese media conglomerate led by the real estate tycoon Wang Jianlin. Wanda Group acquired in rapid succession big-league US film assets such as AMC Theatres, Legendary Entertainment, Carmike Cinema etc., although its proposed $1 billion takeover of the Dick Clark Production Company, the venerable producer of Golden Globe award, fell through in early March, amid high U.S.-China tensions and equally tight scrutiny by Beijing on outbound deals.

Wanda has nevertheless consolidated its media entertainment business on a global scale, both vertically and horizontally. Ironically, the vertically integrated practice consolidating production, distribution and exhibition was once outlawed in the US in a landmark 1948 anti-trust suit against Paramount Pictures, which forced big Hollywood companies to divorce its production operations from distribution and exhibition. But a transnational Chinese firm is now coming to the US to be part of the resurrection of the old monopolistic control.

In many ways, this is business as usual in the age of global mergers and acquisitions, only that the Chinese firms are playing an increasingly prominent role in the last decade, replacing the Japanese in the late 1980s and the Koreans in the late 1990s. But China’s shopping spree in the US has elicited jitters among the U.S. policy makers. 18 members of the US congressmen and senators in 2016 have written to various agency chiefs to express concerns over Chinese firms encroachment of the US media assets. The lawmakers asked the Government Accountability Office, a government agency that provides auditing, evaluation, and investigative services for the United States Congress to study whether the trade examinations should include a focus on propaganda and control of media and other soft-power institutions. The U.S. media too have registered alarm that China might exercise undue control over Hollywood films by forcing Hollywood to tell sanitized China stories. China of course has harbored a long-standing antagonism towards Western cultural incursion. Suffice it to say that the feeling of apprehension/trepidation is mutual. Yet the entertainment industries in China and the US, while wary of the political pressure, are driven mostly by market incentives. Hollywood and its Chinese counterparts have gleefully joined hands in various collaborative ventures that yield co-produced films such as The Great Wall (Zhang Yimou, 2017)

But the financial muscle China is able to flex has yet to translate into imaginative and exportable pictures. China has yet to climb the cinematic food chain in terms of prestige, aside from a few dwindling independent films playing in overseas art houses, and despite the red-hot market and even hotter investment rush. Let’s not confuse Chinese film market with Chinese film.

Wang Jianlin of Wanda today might be a Chinese industrial visionary akin to Universal’s Carl Laemmle Sr., who built Hollywood’s first vertically consolidated studio almost a century ago. But Wanda has yet to yield a film of the same caliber as All Quiet on the Western Front (Lewis Milestone, 1930), a critically recognized antiwar picture that brought Universal two Academy Awards in 1930. The carefully crafted quality films that showcase the magic of storytelling at its most potent, innovative, and moving are not something Wanda’s global shopping and construction spree alone can produce. The business of filmmaking is indeed booming in China, but not necessarily the artistry of Chinese cinema, which pertains to the innovative and imaginative form of storytelling that can yield memorable films of universal appeal and recognition.

The story of a Sino-Hollywood courtship is one about competing cultural and capital values and developmental models as well as nationalism and exceptionalism/cultural supremacy, American and Chinese, and about the shifting global power dynamic playing out in the art and artifice of filmmaking, distribution, and exhibition – a grand negotiation between capitals and capitalists. Ambition, tension, and confusion abound as personalities and film events intercept with larger domestic and global forces. Election and party politics in the US frequently clashes with China’s internal power struggle and its myriad anti-western culture campaigns that seek to limit foreign influence. The Chinese film industry has frequently resorted to nationalistic rhetoric in their attempts to curb Hollywood’s dominance. National interests are intertwined with special interests, which dictate the larger historical trajectory of the Sino-Hollywood relationship.

Dr. Ying Zhu, a professor in and Chair of the Department of Media Culture at the College of Staten Island-CUNY, is the author or editor of eight books, including Two Billion Eyes: The Story of China Central Television (New Press, 2012). A leading scholar on Chinese cinema and media studies, her writings have appeared in major academic journals, books, and publications such as The Atlantic, The New York Times, and The Wall Street Journal. Her works have been translated into Chinese, Dutch, French, Italian, and Spanish.