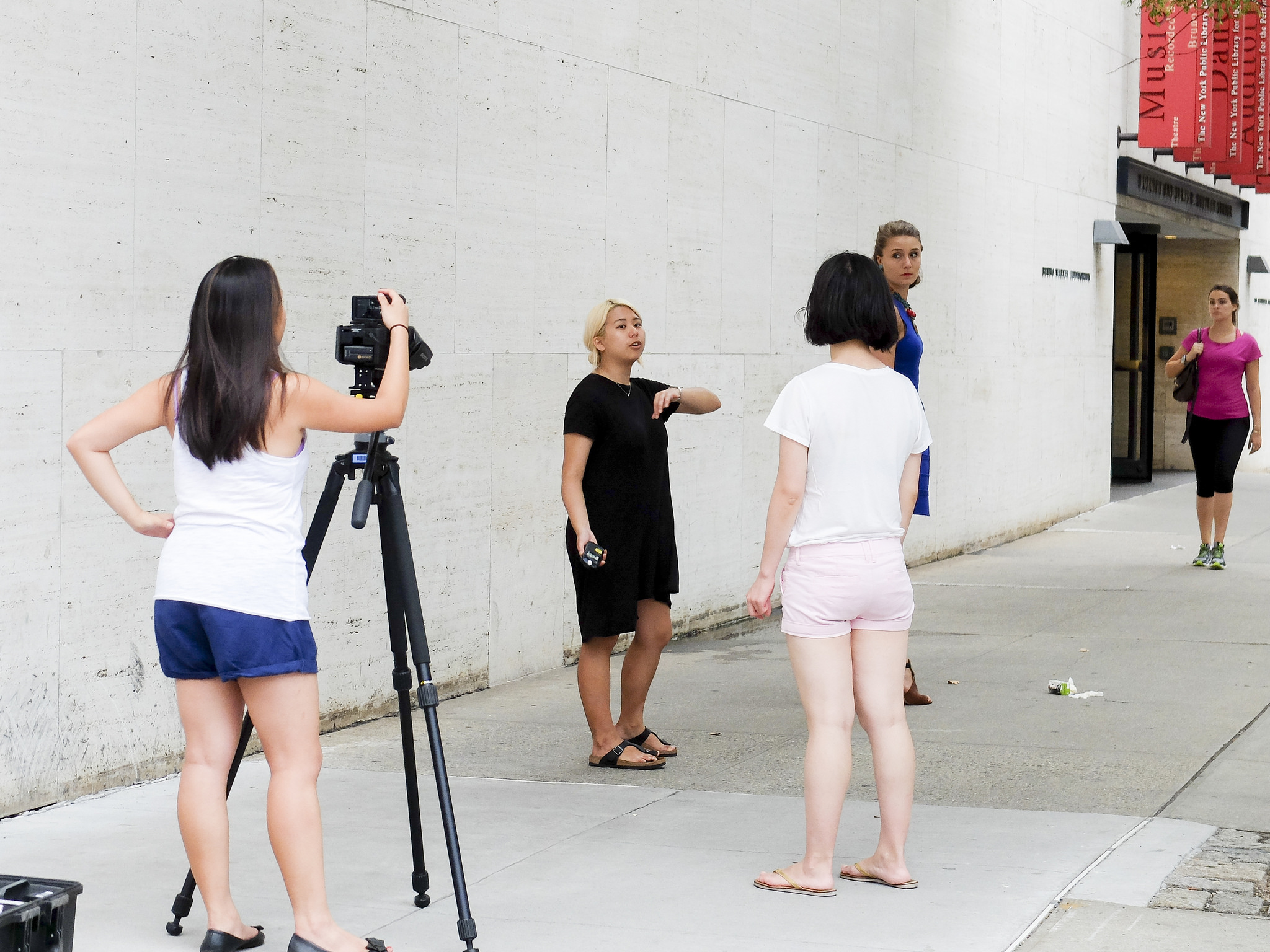 International co-production in modern sense began in 1979. China and Japan have filmed together several documentary series including The Silk Road, Stories of the Yangtze River and Odyssey of the Great Wall. In co-production, the devices and funding were from Japan and the film crew from both countries conflicted because of different standpoints, methods and aesthetics. In this stage, China exchanged the investment from Japan with its resources, and learned the ideas, production modes, and aesthetic styles. China’s natural geography was the kernel resource in co-production.

In the next stage, 2001 was an important year. Beijing won the bid to host the 2008 Olympics and China entered into the WTO successfully. The Chinese government implemented a strategy that facilitated Chinese culture to reach out globally. More and more Chinese documentary producers appeared in significant international TV markets. They preferred to choose commercial media as co-production partners because transnational media would have to skirt social or political issues in China. Therefore, Discovery Channel or NGC（National Geographic Channel）were natural partners, treating China’s issues with great care, working in a non-aggressive manner that allowed avoidance of cultural-taboos.

The Imperial Place, a big budget piece that was co-produced by CCTV and NGC, was sold to more than 160 countries and created the highest value of sale for a single episode of any Chinese documentary. The whole budget (10 million RMB) was covered in its entirety by CCTV. In this stage, China had the capability of investment and the producers could invite the best filmmakers from around the world. So, the technology of the output was able to reach the international standard, but collaboration at the level of content was still difficult. Chinese film-makers showed the great civilization and history of ancient China, while NGC preferred the secret history of the emperor and his dozens of wives and the fate of the treasures. Ultimately, 12 episodes were squeezed down into two episodes in the international version.

The year of 2011 was the beginning of a new era of the Chinese documentary industry. State Administration of Radio Film and Television (SARFT) has issued ‘Some Opinions on Speeding up the Development of Documentary Industry’.

On 1st January 2011, using previous bandwidth of CCTV English Channel, CCTV9 documentary Channel was launched, demonstrating China’s commitment to this form of media product. The international channel of CCTV9 was named CGTN-Documentary. The new channel favoured natural, cultural and historical programmes and played down political ideology. As well as China-related themes, global themes have been included as part of the international co-productions, such as Generation Earth, Wonders of Life, Africa, Hidden Kingdoms and The Hunt co-produced by CCTV-9 and BBC.

CICC (China Intercontinental Communication Center) under the State Council of Information Office is another important organization. In the past, CICC had made a large amount of documentaries with a strong propaganda tone, without developing a great deal of reach. The cultural outputs were incapable of communicating China’s image to the world, nor of influencing the world. After CICC’s transformation into an enterprise also in 2011, they began to cooperate with foreign partners and played a more and more important role in recent years. Chinese New Year 2016, How China Works, and China From Above were co-invested and co-produced by CICC and its foreign counterparts.

On February 14th 2016, BBC2 broadcast Chinese New Year 2016 for three consecutive days. In this series, several hosts travelled from Harbin to Hong Kong and experienced the New Year celebrations with 1.3 billion Chinese people. This was hard to believe for Chinese audiences as one netizen remarked online “is it the BBC that I knew before?”

How China Works explored how China as a huge power, smoothly runs vast areas and cities and population with large differences. How China Works was the first-season of Magic China co-produced by Discovery and CICC. With the name of Hour China on Discovery Asia-Pacific TV Network, Magic China will provide global audience with content relating to China issues over the following three years.

At the same time, NGC set a documentary strand called “Splendid China”, broadcasting one-hour programs about China in fixed time slots to the audiences in the Asia and Pacific area. China from Above, by NGC and CICC, provided a fresh-new perspective with excellent shots, presenting China’s extraordinary natural scenery, different climates, rapid development of modern cities, and advanced national infrastructures. The film was broadcast in 45 languages to the global audiences in 171 countries during China’s President Xi Jinping’s visit to the US on September 24th, 2015. How China Works II and China From Above II have already been commissioned.

The economic structure of co-production demands compromise by all parties to some degree. In this stage China has tried to construct the image of peace, development and cooperation.

Today, China is rising as a great power and is increasingly linked with people around the globe. Western people have to re-judge the aspiring yet challenging China. Yuanyuan Wang, the Head of Production Center of CICC, said, “the UK co-producer of Chinese New Year suggested the documentary was ‘unimaginable’ because a 3-episode piece on Chinese Spring Festival with all terrific and positive content was impossible to be broadcast by BBC in the past. In fact, the foreign world is increasingly paying attention to China.”

As China has been implementing “The Belt and Road” initiative, China’s documentaries are carrying out more co-production with foreign counterparts. On 18th April 2016, The Information Office of the State Council launched the “The Belt and Road” Media Cooperation Union. Twenty-nine organizations were involved in the Union in 2017. CICC also launched The Silk Road Transnational Broadcasting Network on which the documentary strand called “Silk Road Hours” reaching an audience of 500 million in 40 countries using 11 languages.

China has attached strategic importance to the national soft power construction. The Chinese government increasingly realised that documentaries are cross-cultural media that are related to the right to interpret both realities and history and play an important role in the communication of values and cultural output. Although the co-production has largely been guided by the state, the Chinese media organizations increasingly played down restrictive propaganda objectives and acted as an equal partner with other international broadcasters, while China’s cultural diplomacy is beginning to advance.

Ming Yu is a documentary filmmaker, now a post-doctoral research fellow in the Department of International Politics at Aberystwyth University. She presented her research at the University of Nottingham as part of a CPI Stakeholder Dialogue on May 15th 2017.

Art Education: How a Biennial Exhibition can impact Art Schools
Film as soft power and hard currency: The Sino-Hollywood courtship