No more “superstars” for CSL, and that’s a good thing 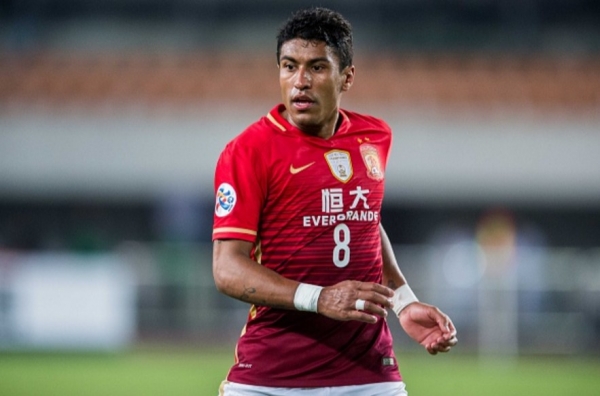 The Chinese Super League summer transfer window opened on June 19, but there is none of the excited speculation that surrounded the previous few iterations. In the past two seasons, news of a disgruntled Cristiano Ronaldo, a Wayne Rooney ready to leave Man Utd for a retirement home, or a Diego Costa rendered superfluous by the Chelsea manager’s text message, would cause hyperactivity in CSL club boardrooms and frenzied speculation in the press.

Eager to attract foreign stars, CSL clubs have paid well over market price transfer fees and provided astonishing remuneration packages to a range of aging talents (Tevez, Lavezzi, Ba, Pato), one-time prospects who didn’t quite make it to the very top (Witsel, Guarin, Hernanes, Teixeira) and Premier League journeymen (Ighalo, Pelle, Jelavic, Mikel). The spending spree has also delivered some top players at the peak of their powers (Oscar, Hulk, Jackson Martinez), but it is unlikely they will be joined by any high-profile peers this summer.

The football authorities had been vaguely threatening to reign in CSL clubs’ overheated spending since the last transfer window in January, when CSL clubs outspent their counterparts in the notoriously spendthrift Premier League. Rules were adopted to encourage clubs to invest in youth development programmes, regulate the number of foreign players on squads and on the pitch, and stipulate a minimum number of Chinese Under-23 players. And earlier this month the Chinese Football Association got very specific about transfer fees.

For the moment, these new regulations almost certainly end CSL clubs’ competition for “A-list” foreigners. A player like Diego Costa, a combative striker near the peak of his powers, might represent decent value for a CSL club at the rumoured valuation of £75 million. But not now the outlay would be £150 million (before taking a hypothetical remuneration package into consideration). CSL clubs are loss-making, but many of them are backed by cash-rich companies, so theoretically big money transfers could still happen in this window. And Chinese businesses are adept at finding room for manoeuvre in restrictive environments. I don’t think they will though, because more than just the regulation itself, it is the now-unequivocal message from on high that clubs need to reign in their spending.

Naturally, the government would like to see CSL clubs winning the Asian Champions League or doing well in the World Club Championship (which a hypothetical superstar signing like Diego Costa might help facilitate), but there are greater priorities. Prime among all priorities is for the Party to stay in control and avoid anything that might cause ‘social contradictions’ or other negative reactions in society.

The broader context to club’s extravagant spending is a slowing economy, growing inequality and an ongoing anti-corruption campaign that has brought down thousands of Party officials. Conspicuous spending right now is a taboo for public figures. Across Chinese society there is a huge amount of anger around inequality, injustice & corruption, and the Party (sensibly) wants to keep a lid on conspicuous manifestations thereof. One example is capital flight: Party officials and other well off Chinese are suspected of secreting billions outside the country in real estate and whatnot, which raises the uncomfortable spectre of football investments becoming a way of getting money out of China.

The government has multiple strategic goals relating to football, and the strength of the CSL (as might be advanced by the recruitment of expensive foreigners) is a relatively minor one. The government wants China to be a major player in the global soccer industry (another form of engagement and influence); it wants to develop a national team that can compete on the international stage without embarrassing the country and sometimes deliver successes like qualifying for international tournaments; it wants a strong domestic league ‘product’ for its consumption, entertainment and ‘middle class’ value; and it wants to develop grassroots infrastructure to promote soccer as a healthy activity not just for the ultimate good of the national team but to stave off the coming obesity and public health epidemic.

Policymaking in China is a process. It is flexible, experimental and reactive. The policy regulating soccer activity today will likely change in the future. But a period of consolidation, minus the distraction of another influx of foreign stars, may be a good thing for the CSL. The authorities and clubs need to figure out what regulations work best for all concerned, including fans, the development of Chinese players and the quality of the on-field product. There is a concern that the CSL is a two-speed league with some exceptional foreigner talent amid a morass of players who would struggle in the lower leagues in Europe.

Furthermore, for various reasons, high-profile, high cost “A-List” foreign players have often flopped in China (from pioneers like Nicolas Anelka to the recent travails of Carlos Tevez). On the other hand, the most successful foreign imports are relatively unknown Brazilians like Guangzhou Evergrande’s Elkeson and Ricardo Goulart, top scorers and MVPs in the last 3 years. Elkeson was bought for £4million from Botafago and Ricardo Goulart was £10 million from Cruzeiro (a record fee for CSL in 2015, but exceptional value in the grand scheme of things). This season’s revelation also fits this mould: Paulinho, another £10 million purchase for Evergrande. An underwhelming performer at Spurs, Paulinho has been such a standout figure in CSL he is rumoured to be on Barcelona’s radar.

For a growing league like CSL, the value in performance lies in the kind of foreigner players you can pick up for fees near or under the CFA’s new threshold. Under the current regulations scouting mid-level talent and keeping existing superstars happy and locked down are key. No doubt the super-agents who negotiated astronomical packages for Tevez, Pelle et al are aware of the CSL’s effective self-imposed superstar transfer ban.

Resistance through Accommodation: the migrant worker NGOs’ strategy of transforming citizenship in China
Persecuted (almost) to the end: Why Liu Xiaobo should be allowed to leave China