Persecuted (almost) to the end: Why Liu Xiaobo should be allowed to leave China

Home /China, Culture and Society, Government, Law and Justice, Propaganda/Persecuted (almost) to the end: Why Liu Xiaobo should be allowed to leave China 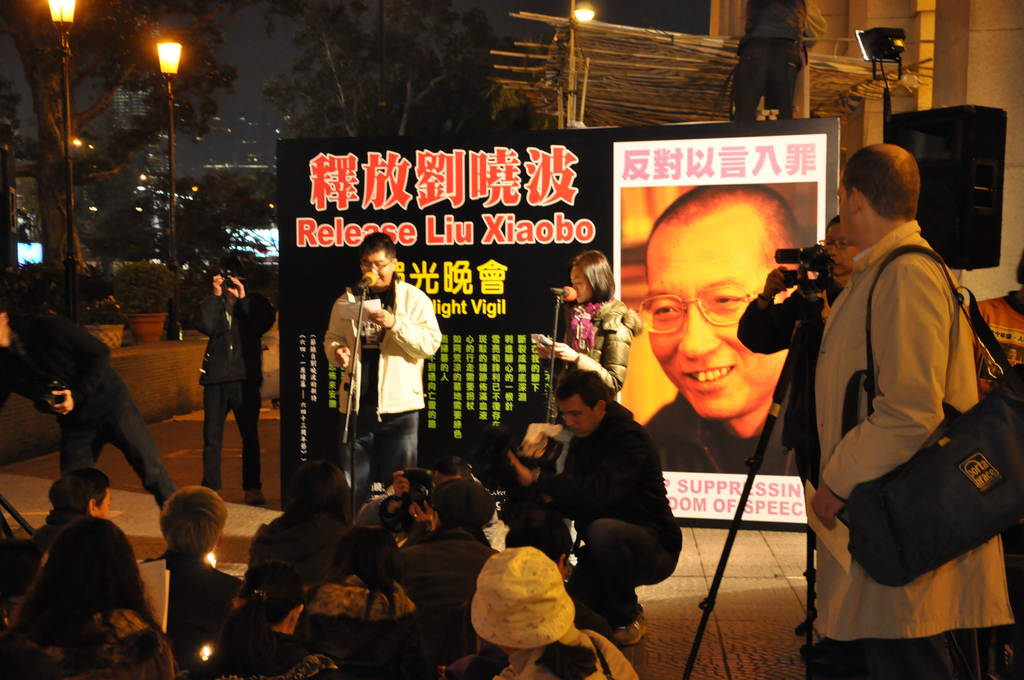 The 11-year sentence imposed on Liu Xiaobo in December 2009 dismayed anyone who had followed his career as a writer and activist over the previous 20 years, not only because it was completely unjustified for a man who had done nothing more than peacefully express his views, but also because its length meant that there was a real risk, given prevailing prison conditions in China, that Liu would not survive it.

In 2010 when Liu received the Nobel Peace Prize, I wrote that the Chinese government would be very anxious that he not die in prison, and that his international fame would be some protection against the worst abuses of his rights. Seven years on, I doubt both those conclusions, given the utterly cynical way in which the government has waited until Liu is close to death from liver cancer and reportedly beyond treatment before transferring him from prison to the First Hospital of China Medical University in Shenyang.

That his wife, the artist Liu Xia, can now be with him every day is some small mercy for both of them. Liu Xia has been through her own personal hell of surveillance and isolation since her husband won the Nobel Peace Prize, being confined to her apartment in Beijing and only allowed out under guard. Friends and supporters who managed to get a glimpse of her or speak to her feared for her mental health as years of this relentless persecution took their toll.

That Liu and his family have reportedly said they are satisfied with the treatment he is now receiving means nothing at all; as long as they are still on Chinese soil, they cannot be assumed to be able to speak freely. Even if there is nothing to offer him but palliative care at this stage, only outside China can Liu and those closest to him at least say what they really feel about China and about the ordeal which they have all undergone while he has been in prison. Even if Liu was able to write while in prison, it’s very unlikely that he was allowed to bring any papers out with him; Democracy Wall veteran and China Democracy Party founder Qin Yongmin had every scrap of paper, even his copy of his own notice of sentence, confiscated from him when he was released from jail in 2010. If we are to hear anything more from Liu Xiaobo that we can trust as his authentic testimony, it will have to come from outside China.

Liu’s writings and activism have been part of a broad and long-running campaign in the PRC, taken up in various ways by different generations, to bring the ruling party under the control of the law and establish legal guarantees for the rights which all Chinese citizens have had on paper, in the Constitution, since the early 1950s. Without such checks and balances, how an individual is treated in China has depended on who they are, and “rights” have actually been privileges, to be granted or withheld at the whim of the leadership.

There could be no better illustration of this than the fact that Bo Xilai, only five years into his prison sentence for corruption and abuse of power on an epic scale, was revealed to be suffering from liver cancer in the same week that Liu Xiaobo’s condition became known. Bo’s cancer has been detected at an early stage and should be treatable, and even though the facilities at Qincheng No.1 Prison have been described by a Chinese academic as “excellent”, he has reportedly been moved to a hospital near Dalian.

And clearly, prisoners should be entitled to good-quality medical care and parole in the case of serious illness, regardless of what they have done. This is not an argument that Bo’s Chongqing torture spree in the service of his self-enriching crackdown on alleged organized crime should disqualify him from enjoying a prisoner’s basic rights. The point is that, because of his former CCP status, Bo has been given the consideration due to a prisoner found to be seriously ill, while Liu Xiaobo has only been admitted to a proper hospital when his cancer was already beyond treatment.

The withholding of medical parole and proper treatment from Liu Xiaobo is part of a pattern in recent years of targeting activists and lawyers in this way. In the case of Cao Shunli, she was managing several health problems when detained in September 2013 well enough to be planning to travel abroad to participate in a UN human rights review, but only five months later died after having medicines confiscated from her and being denied treatment in detention. The detention centre where she was held asked her family to apply for medical parole for her, clearly fearing that she would otherwise die in detention. Guangdong anti-torture activist Huang Yan has reported receiving inadequate medical care for her ovarian cancer and diabetes while in prison, and the cancer had reportedly spread to other sites by April 2016. Environmental activist Peng Ming foreshadowed his own sudden death in prison with a warning to his family to suspect foul play if he met with an “accident”.

Huang was one of six cases of seriously ill prisoners highlighted by China Human Rights Defenders in an appeal to the UN in May 2016, a month before a CCP government White Paper on “New Progress in the Judicial Protection of Human Rights in China” was released, which included the following statement on detainees’ rights: “Prisons and detention houses should improve medical services for detainees, create medical records for them, staff them with stationed doctors, who make rounds of the cells every day, and transfer those who need to be treated in hospitals outside in a timely manner… We should improve medical facilities, strengthen disease prevention and control, provide timely treatment to sick detainees, and guarantee their rights to life and health in accordance with the law.” But this was already the law in China, and routinely disregarded when it came to activist prisoners.

So the struggle for proper protection of citizens’ rights in China will shortly have to go on without Liu Xiaobo, one of its most thoughtful, decent, and eloquent proponents. Perhaps his example can inspire his successors to try to do so without giving in to rancour, hatred, or desire for vengeance, but always with hope that there is nothing about China’s situation which makes citizens’ rights, social justice and freedom an impossible dream.

Professor Jackie Sheehan joined the School of Asian Studies at University College Cork in September 2013, having spent the previous ten years as Associate Professor in Contemporary Chinese Studies in the School of Contemporary Chinese Studies at Nottingham University, and before that lecturing in Chinese and East Asian history at the universities of Nottingham and Keele.