Of Land and Activism: A Glimpse into Hong Kong’s Documentaries on Farming 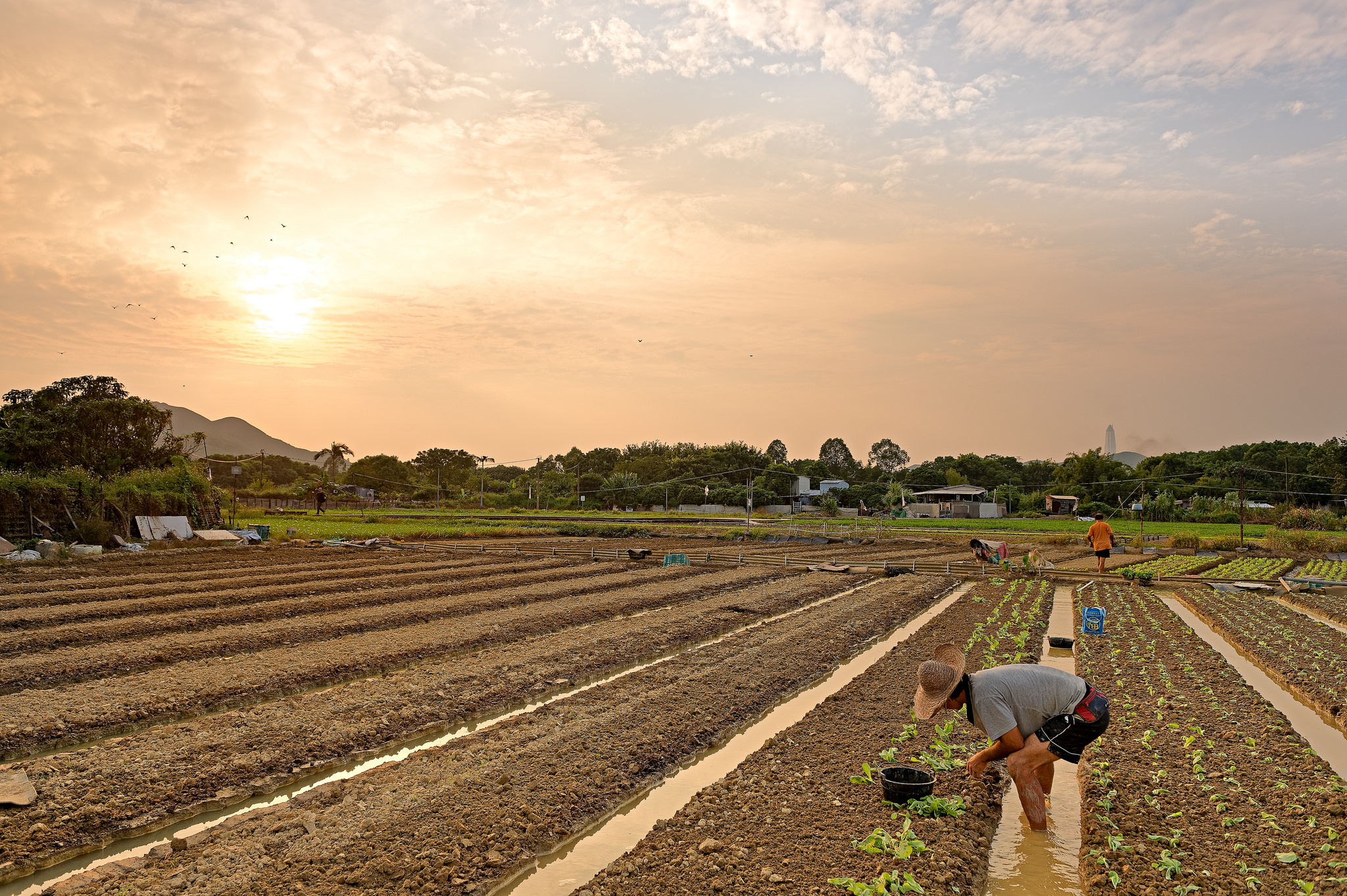 Environmental problems have become a pressing issue throughout the world. China, like many other countries that are trying to “catch up” with the situation, has had difficulty striking a balance between encouraging development and reducing the consequent environmental destruction. The problem of pollution is particularly dire in China where open-door policies have exhausted both human and natural resources, and allowed irresponsible behaviour on the part of individuals and corporations to go unpunished.

In the past decade, there has been a rise of independent documentaries in China that aim to record, reflect, critique, and comprehend environmental crises. Films such as Jin Huaqing’s Heavy Metal (2009), Wang Jiuliang’s Beijing Besieged by Waste (2012) and Plastic China (2016), and Chai Jing’s Under the Dome (2015) deal with the problems associated with smog, garbage, e-waste, and recycling plants, among others. These documentaries have become important touchstones for both the Chinese government and the general public in their efforts to address the consequences of urban development and its dire effects on the well-being of citizens.

In Hong Kong, the lack of imminent danger has relaxed the residents’ guard; they feel, at least temporarily, free from environmental crises. This absence of ecocritical responsibility and concern is not only due to the infrequency of natural disasters in Hong Kong (unlike, say, Japan and Taiwan, which are constantly under the threats of earthquakes) but is also due to the city’s cultural imagination – its urban identity. From the 1960s onwards, the discourse of both the British colonials and Hong Kong post-war boomers has focused on the rise of the “urban city” and used the rapid changes in Hong Kong as evidence of the city’s success. In film and literature, the physical “city” became the primary subject. Its natural resources were only understood as a sometimes profitable commodity, controlled by property developers and the wealthy.  Instead of exploring the land and their roots, people shifted their focus to the urban centre of Hong Kong: its skyline became the only valid point of perception.

My observation suggests that a conscious ecocritical turn – a return to the land, the natural world, and related farming activities – has occurred during the past decade. This turn represents not only an effort to subvert the colonial discourse but also to an attempt to imagine Hong Kong apart from its economic prosperity. This new focus is evident in the rise of independent films whose subject is nature and the land. It is also evident in the emergence of alternative communities (for example, community farms such as Partnership for Eco-Agriculture and the Conservation of Earth, PEACE (活耕建養地協會), Mapopo Community Farm (馬寶寶社區農場), and Sangwoodgoon (生活館, literally “House of Living”), which integrate knowledge acquisition and art appreciation with an active engagement in farming activities that stress physical experience. Community farms have emerged as an alternative to the urban life that is shaped by capitalist reasoning, developmental discourse, and a lack of environmental awareness. They are flexible, operate on a small scale, produce organic food, and encourage activism to change the future of Hong Kong.

Since the return of sovereignty to the motherland, activism in Hong Kong has been ignited by many controversial issues, including the construction of the Guangzhou–Hong Kong high-speed railway, which was the target of civil resistance in 2009 and 2010. The express departs from West Kowloon and heads north to Shenzhen, where it connects with the mainland section. The express rail link will connect Hong Kong to the 16,000-kilometre PRC national high-speed rail network, which is believed to be the largest high-speed rail network in the world. In November 2008, residents of the village of Choi Yuen received notice that they were required to vacate their homes by November 2010. The project would affect approximately 150 households with a population of around 500 and at least three million square feet of agricultural land. At the outset, the campaign against the Guangzhou–Hong Kong line focused on saving Choi Yuen village, which was scheduled for demolition because it was located along the rail track.

The enthusiastic response to the Save Choi Yuen Village campaign prompted some documentary filmmakers such as Benny Yin-kai Chan and Fredie Ho-lun Chan to record the new activism of Hong Kong people, to support the belief in cherishing nature as part of one’s home, and to propose a new way of envisaging Hong Kong’s identity.  Documentaries began to focus on representing the land and livelihood of farmers in Hong Kong and endorsing social movements intent on preserving this way of life.

Benny Chan’s Raging Land series (2009–2015) can be viewed as a social action project that not only documents the events affecting Choi Yuen Village but also sparks debate, encourages reflection, builds networks, and eventually effects change. In a similar vein, Fredie Chan’s The Way of Paddy (2013) documents the anti-high-speed-rail movement, the Save Choi Yuen Village campaign in 2009, and the founding of Sangwoodgoon. In the foreword of the 1st Sangwoodgoon Food and Farm Film Festival, the organizer states, “…in the modernized, industrialized age, big corporations and governments are intertwined, taking away from each and every one of us, the chance to grow our own food and distancing us further away from the producers…Farmers who originally have the power to live sustainably and independently, have become the ones being exploited” (web). Sangwoodgoon promotes sustainable farming as an alternative way of life. Chan’s documentary, which has toured the festival circuits, has become a means of creating awareness of local and global environmental concerns.  In addition to documenting non-traditional rice cultivating techniques, the film portrays the relationship between the farmer and the land, as well as the protestors’ growing activism, creating a juxtaposition of individual engagement with nature and a social movement.

Chan continued his exploration of issues related to agriculture, land policies, and urban development in Open Road after Harvest (2015). This film is about three middle-aged people committed to organic farming – a farm leader, a rural woman fighting the development plans in the north-eastern region of the New Territories, and a sixty-year-old truck driver who decides to change his career. It explores Hong Kong’s rural-urban conflicts in the name of development, and the material significance and symbolic meaning of “farming” at the individual level. While The Way of Paddy takes up a social cause by offering a drastic re-examination of the agriculture history of Hong Kong and the consequence of reckless urban development, Open Road at Harvest is what Bill Nichol would call “a personal portrait film,” which focuses on the struggles of an individual and demonstrates the intimate connection between the personal and the political.

It is much too early to determine whether the ecocritical turn in independent filmmaking and the founding of alternative communities in Hong Kong will result in a new view of Hong Kong – less urban and capitalistic, and more environmentally responsible.  Still, I would argue that the experience derived from the contemplation of the land and the social activism in Hong Kong could provide a much-needed perspective for mainland China and for other cities in the world that are currently rushing to compete in the race of globalization. It is time to encourage a cultural imagination that can be free from a linear and developmental model, and to provide possible alternatives for the people.

Winnie Yee is Assistant Professor in Comparative Literature and Programme Coordinator of MA in Literary and Cultural Studies at the University of Hong Kong. Her research interests are environmental humanities, contemporary Chinese literature and film, Hong Kong culture, independent cinema, Chinese Diaspora, literary and cultural theories, and postcolonial theories. She is co-editor of Narrating Hong Kong Culture and Identity (Oxford UP, 2003) and has published on Hong Kong independent cinema, Chinese filmmaker Jia Zhangke, Chinese writers Yu Jian, P K Leung, Natalia Chan and Dung Kai-cheung. Her works have appeared in Environment, Space, Place; Jump Cut, Journal of Urban Cultural Studies, Tamkang Review among other places. She is currently working on a book project exploring the relationship between ecopoetics and Chinese independent film scene and an edited volume on Asian ecocinema.