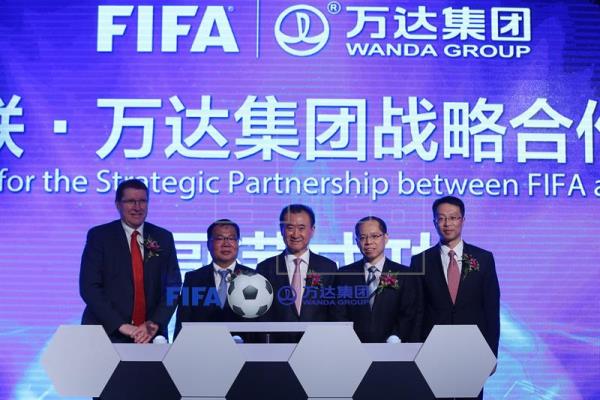 Recent manifestations of Xi Jinping’s “Soccer Dream” (中國足球夢) have generated substantial attention outside of China. One might even get the impression that China and the Chinese government have only just discovered the game. Yet Xi’s efforts are merely the latest attempt to reform the organization and infrastructure of the sport. In fact, the Chinese government has been trying to reform Chinese soccer since the early 1950s. And the ambition has always been the same: to have a national team to make the country proud.

That ambition unequivocally underpins the latest iteration of China’s football reforms. What has changed is that the government now has multiple ambitions for football, and different mechanisms for pursuing them. In addition to a strong national team the Chinese government is seeking influence in global governance of the game, overseas acquisitions with strategic value, and a strong Chinese Super League as a symbol of modernity and as a lifestyle product.

For a country with a long history of investing in football, the futility of the men’s national team appears to be a rebuke to earlier reform efforts. Elite sport did not escape the devastation and chaos of the Great Leap Forward and Cultural Revolution, and the football architecture was decimated like many sectors of the economy and society. But 40 years into the reform era (a decade longer than Mao’s rule), the dream of a men’s national team to make the country proud is as far away as ever. (The women’s team meanwhile is a regional and sometimes world power).

Clearly a different reform strategy was needed. There are two distinguishing components of Xi’s reform effort: the coalescing of the bureaucratic apparatus, and the marshalling of private investment.

The current reforms are a “team effort”, involving not just the Chinese Football Association (CFA) and the General Administration of Sport, but also the Ministries of Education and Finance, the National Development and Reform Commission, the State Administration of Press, Publication, Radio, Film and Television, and the Communist Youth League. The State Council (the equivalent of China’s Cabinet) has assumed responsibility for the coordination of relevant departments as they try to flesh out and implement the government’s ambitious development plans.

Xi set out his intentions and modus operandi in 2008, when the Control, Ethics and Disciplinary Committee of National Football Leagues was founded under his direction to address the match fixing, bribing, gambling and organized crime involvement in elite soccer that caused the former Jia-A League to be wound up and threatened the young Chinese Super League that replaced it. The Committee was led by the General Administration of Sport and composed of the Ministries of Public Security, Civil Affairs, and Justice, People’s Bank of China, and the State Administrations of Taxation and Industry and Commerce. In short, an institutional team effort signalling the gravity of the problems then facing Chinese football and Xi’s determination to mobilize institutional capital (financial, political and human) to fix them.

The work of the different organizational parts of Xi’s reform are overseen by the Leading Small Group for Soccer Reform (足球改革领导小组) led by Liu Yandong (刘延东). Liu is a long-time member of the Politburo and she is a convenient conduit for channelling Xi Jinping’s wishes to the CFA. Liu, who holds the health portfolio, set out her own position on football in 2009, stated that ‘raising the profile of the Chinese football is a significant part of the construction of a global sports power.’ The goals of Xi’s then-nascent reforms she said were to ‘boost the healthy development of the sports industry, satisfy the spiritual and cultural demands of the people, and enhance China’s soft power’.

A second distinguishing component is the enlistment of private investors and the extent to which they have responded to encouragement from the top. Elite football development and investment in the grassroots requires substantial sums of money, and there has been a concerted effort to share the financial burden with private business (in addition to state owned enterprises, provincial and local governments). In 2011 the State Council convened a conference on how to attract private investors into football. Dalian Wanda Group president, and one of China’s wealthiest entrepreneurs, Wang Jian-Lin subsequently agreed to a strategic partnership with the CFA and a RMB 500 million investment. Wanda Plaza, the commercial property development arm of Wanda Group, paid RMB 200 million for the title sponsorship of the CSL from 2011-13. Resurrecting an earlier CFA policy of sending talented young Chinese players overseas to train, Wanda funded the studies of “Chinese Football Stars of Hope”, having signed a deal to use the facilities and expertise of La Liga clubs Atletico Madrid, Valencia and Villarreal.

Wang has subsequently been invited to consult for the CFA and has used his wealth and connections to increase Chinese influence in global football governance. In 2016 Wanda Group became a FIFA commercial partner, and Wang facilitated a meeting between FIFA boss Gianni Infantino and Xi Jinping, at which they discussed Xi’s ambition for China to host the FIFA World Cup.

Although Wanda has signalled a substantial sell-off of assets in recent days to reduce debt, Wang’s participation in Xi’s football reforms is important financially and symbolically. Wang had previously been closely involved in Chinese football a decade earlier, to the extent that he financed the Dalian Wanda club that won five Jia-A titles between 1994 and 2000. Wang famously pulled out in 2000 because of the corruption afflicting the sport, from referees to CFA officials, and did not return until 2011. Wang said his return was due to ‘Xi’s direction, social demand and my passion’.

Wang is far from the only entrepreneur to be enticed into the football revolution. Evergrande Real Estate Group president Xu Jiaying bought the Guangzhou club in 2010 following its relegation for match-fixing. Xu’s investment quickly paid off on the pitch: the team was promoted in 2011 and has gone on to win six consecutive CSL titles. It paid off financially too; Xu sold a 40% stake to Alibaba for many times his original investment. Evergrande is the most successful and lucrative club in the CSL. Evergrande signed a deal with Real Madrid to help establish the world’s biggest football academy, and pledged RMB 100 million to youth development over ten years. Alibaba, Suning, Fosun, Sina and many other private companies heavily involved in different aspects of the football industry.

In Wang, Xu and other entrepreneurs’ enthusiastic embrace of the “soccer dream” there is a suspicion of courting favour with Xi Jinping. But there are also more prosaically strategic incentives, such as facilitating the acquisition of land for development and integrating football into existing entertainment, real estate and other commercial businesses.

But whereas the Chinese government ultimately prioritizes development of the national team, investors and owner have their own ambitions. One of the unforeseen consequences is that clubs’ spending on transfer fees and wages has rapidly spiralled out of control, to the extent of outspending the English Premier League in the last transfer window. It is not just privately owned clubs that have been on a spending spree: the two most expensive imports in CSL history, the Brazil internationals Hulk and Oscar, play for a team owned by Shanghai International Port Group which in turn is majority owned by the Shanghai government.

As I discussed here, the government has recently issued drastic new rules to curb spending during the current transfer window. There are good reasons for doing so.

While China is experiencing an economic slowdown and an ongoing anti-corruption campaign, the astonishing sums paid for foreign players could easily become a cause of social discontent (as it was in the 1990s albeit with much smaller amounts), especially when players perform poorly or behave badly. The potential for ‘social contradictions’ to arise and manifest in riots or protests (which the government is mindful could turn into anti-government protests) is good reason to care about the optics. The Argentinian Carlos Tevez for instance, earns £600000 a week while underwhelming for Shanghai Shenhua (China’s per capita GDP is around $8000).

More sensitive still is the suspicion that football acquisitions, including player purchases, were being used to move capital offshore, avoid currency exchange restrictions and other potentially problematic financial manoeuvres. The margin between marquee foreign players’ nominal market value and the actual transfer fees that have been paid look less like a “China premium” (the extra funds needed to attract top players to the less illustrious CSL) than a potential financial manoeuvre.

For teams in the top half of the CSL the end of big money foreign player transfers (in the short term) doesn’t really matter because they already have their quota of marquee foreigners (new rules limit teams to fielding 3 foreigners in a match). But it may consolidate the differences between teams like SIPG and Evergrande that have their foreign stars in place already and others like Tianjin Quanjian that would like to sign a star foreigner but are now effectively unable to do so. That may not be positive for the league over the longer term, but policy in the reform era has always been flexible and there will be further changes to the regulations. Striking a balance among all the competing ambitions and interests is not easy, but there is no doubt that emphasis on Xi’s “football dream” will continue into his second term.

Jonathan Sullivan is Director of the China Policy Institute and co-founder of the China Soccer Observatory. He tweets @jonlsullivan.