Crisis and a new chapter: What the new INGO law means for China’s expanding NGO sector 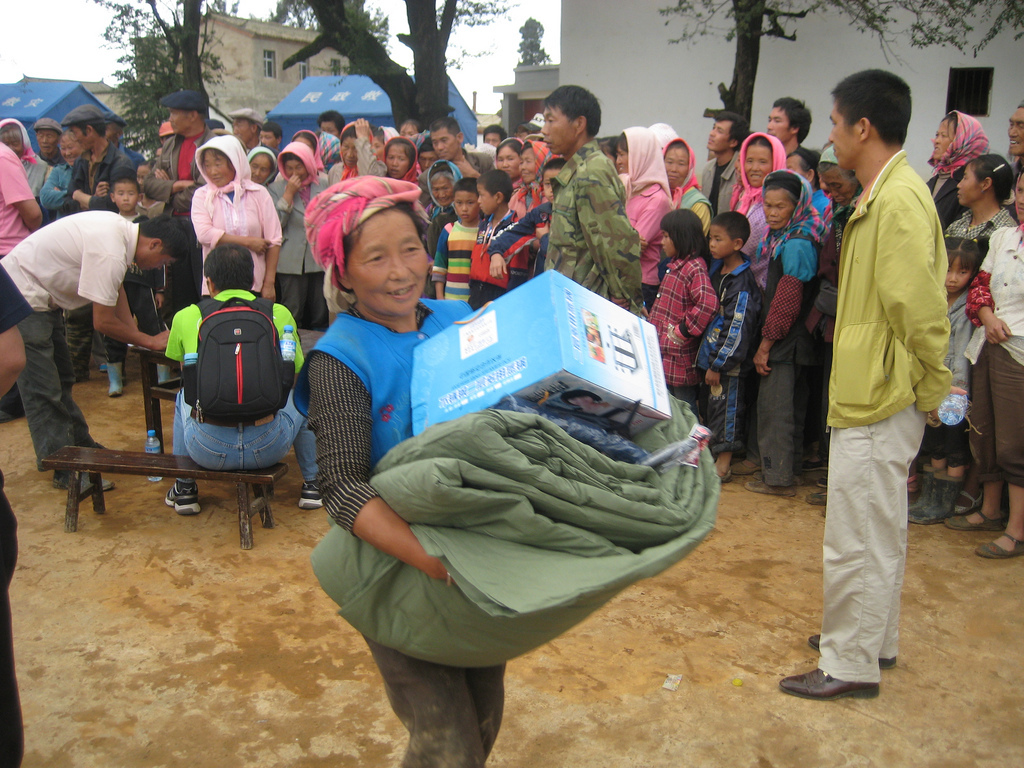 Written by Fengshi Wu.
A long-time human rights activist from Taiwan, Li Ming Che, was detained by mainland authorities on 19 March for supposedly engaging in activities that endanger national security. He’s been missing ever since.
In addition to other concerns, this case interestingly has put China’s newly established Overseas NGO Domestic Activities Management Law under the spotlight. Although Li is not formally employed by any NGO, the worry reflected in media once again highlights the anxiety and confusion over the law among China watchers and NGO practitioners.

To understand the law’s long-term impact on international NGOs with a physical presence in China, one needs to consider at least two macro-level trends that are re-shaping state-society relations and politics at the same in the country.

The first, is that the development of civil society and social autonomy, particularly marked by the growth of the NGO sector (including international NGOs’ China activities), has intensified. This development is reflected in the rapid increase of NGOs, expansion of their geographic spread and scope, enhanced collective identity building among them, their increased relevance in public affairs, and, more importantly, extensive interaction between them and governmental agencies, businesses, charities, citizens, and all other types of social forces in China. (For more on this, see here.)

Consequently, the regulatory environment for both domestic and international NGOs needs to be clarified and improved. In fact, policy debates and pilots for a law regulating NGOs have been taking place in China as far back as 2004. The author was once consulted about the drafting of the law in the summer of 2010.  As Jia Xijing and Shawn Shieh, both of whom are hands-on experts on the topic, have correctly pointed out, the new law “is part and parcel of a larger, ambitious, long-term project announced in the 4th Plenum in 2014 to build a socialist rule of law in China [started during the Hu Jingtao era, and spearheaded by Xi Jinping and Li Keqiang].”

The second trend is that Xi Jinping views the legitimacy of Chinese Communist ideology and promoting public confidence in the party-state regime as an existential task for him as the chief leader of the country. As a result, his administration has tightened control across education, the press, public entertainment, cyber and social media, social activism and beyond to respond to the “soft power” and cultural influences of the United States, diffusion of Western liberal democratic values, possible spread of the “colour revolutions” and Arab Spring, and gradual changes among Chinese citizens’ opinions on the Chinese Communist Party (CCP).

The country’s grassroots NGOs and the international NGOs with a physical existence inside mainland China are caught by both of these major trends, which are expected to stay for the years to come. The case of state tightening control over international NGOs in China is not an isolated phenomenon. Considering recent changes in state’s attitudes and polices towards international NGOs in Russia and India, the new international NGO law in China is part of the bigger wave of reactionary responses from recipient countries to the impressive growth and spread of globalised NGOs since the end of the Cold War.

As the NGO world in China is highly diversified, the state, in the context of uniform laws and regulations, in practice adopts a selective, graduated and almost micro-tuned approach to interact with different types of NGOs and voluntary organisations. Therefore, I expect not all international NGOs will be affected (and react) in the same way by the new law.

For the majority of international NGOs working in China that aim at long-term change and outcomes on the ground and in society, it will possibly be a case of “business as usual”, in spite of initial worries. For example, Oxfam, one of the most influential international NGOs with probably the widest networks in China, has just got the formal registration with Guangdong provincial government and permission to work in the entire country. Other main international NGOs in the fields of environmental protection, rural poverty relief, education and others, which enjoy high level of public recognition in China such as the World Wildlife Fund, have so far maintained their normal work.

International NGOs (or, individual activists operating alone with no or loose formal organisational connections), whose agenda is primarily challenging CCP rule, will face challenges. However, to date according to media reports and the author’s field notes, there have been no cases of closing down international NGOs that hold critical positions on certain Chinese policies or fund outspoken Chinese activists via informal channels (circumventing the regulatory barriers).

Other international donor organisations (the names of which I will not reveal here) that dispatch funds from overseas and directly to grassroots Chinese NGOs without any intermediaries (such as via GONGOs), have changed their practical strategies in the second half of 2016 to ensure the promised funds would reach those who need them. In future, they will have to find new methods to continue their funding and support to small NGOs that conduct direct service delivery.

Although it may be too early to jump the gun and argue as some optimists that the new law may have positive effects on the long-term development and self-reliance of China’s grassroots NGOs, such a view is not rare among many of the Chinese activists and NGO leaders that I have been in conversation with since the new INGO law. The general mood among NGO practitioners in China is not as high-beat as a few year ago, but that is less due to the INGO law than other policies implemented since 2012.

The full implementation and revision of the new law will take time, and the process will not be smooth. There are a lot of learning activities to be taken by all sides, including the authorities, law enforcement agencies and the international NGO communities. The office responsible for international NGO registration at the Ministry of Civil Affairs has launched series of training for both Chinese and foreign NGO to coping with the new registration preparation. After the panicked call for help to central-level authorities by the German ambassador to Beijing on behalf of a group of main German foundations’ legal registration in March, the emergent situation was finally solved on April 27, and the case was brought to the attention of the relevant Chinese legislative circles as part of the feedback of the new law.