The Promise of Rights and the Demise of Law: Chinese Human Rights Lawyers Under Attack 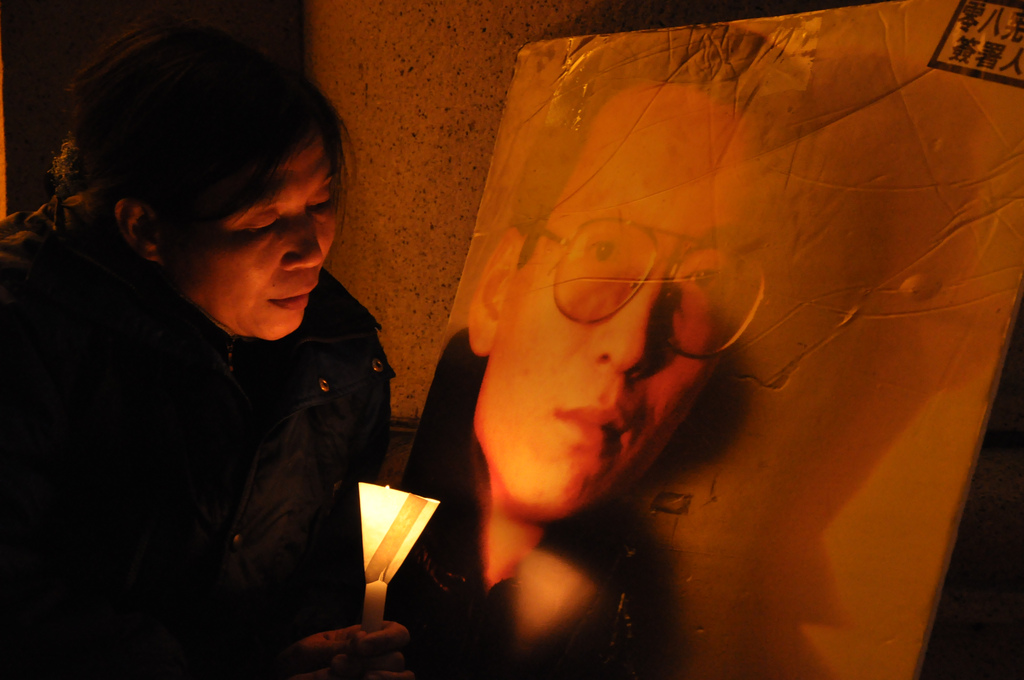 They have broken his life and confiscated his death. But what was his crime? Democracy was the offence. In a country where freedom and human rights are kept at bay to the benefit of the stability of an oppressive regime resting upon the fiction of social harmony, the struggle for democracy is punishable by death. Fate did not decide the course of Liu Xiaobo, the Chinese Communist Party did. During a life of study and dedication to his ideal of freedom and rights, the Chinese Professor of literature and 2010 Nobel Prize winner, endlessly fought for another China. Armed with the strength of his commitments and those of his sufferings, Liu was a moderate, a humanist with a cause, imprisoned for the first time from 1989 to 1991 right after the Tiananmen massacre, and then again, from 1995 to 1996, and 1996 to 1999, until his last fatal arrest on 23 June 2009 after the publication of Charter 08. “Subversion” was the motive. It is subversive indeed to remind the Communist Party-State that the first Chinese Constitution was published a hundred years ago and that the current regime has largely contributed, for the past 30 years, to the formulation of a language of rights through the adoption of a series of legislative reforms whose promises have not yet been fulfilled for their seeds could produce a genuine revolution.

Since Xi Jinping took office, in 2012, China’s political repression has intensified. Human rights activist and lawyers have been a priority target. Two years ago, on 9 July 2015, the persecution of Chinese lawyers reached an unprecedented high when hundreds of them were arrested, detained and interrogated in a systematic and planned manner throughout China. The “709 incident” (#709lawyers) has left a profound mark on an already deeply wounded legal community. For about 15 years crackdowns on human rights lawyers have been frequent; the brutality, means and motivations repetitive. Resistance has never stopped despite the many fears, quasi-absent international support and de facto limited victories.

The rehabilitation of the legal profession and its attempted separation from the State apparatus was nevertheless a commendable objective. Banned between 1957 and 1977, lawyers were gradually allowed to participate in the legal system after the adoption of the 1978 Constitution and the new criminal rules of 1979, which restored the right to defence. But lawyers remained “legal agents of the State”. The “All China Lawyers Association” (ACLA) progressively took charge of managing these professionals. Yet, that hardly made for their independence as they reported to the justice ministry. The 1996 “Law on Lawyers and Legal Representation” was envisaged as a professional charter for a burgeoning profession. Lawyers finally had a right to work outside the State system. Private firms mushroomed in direct relation with the opening up and later internationalisation of the Chinese economy. However, a number of legal provisions still very much restrict freedom of action by Chinese human rights defenders such as the infamous article 96 of the Criminal Procedure Law, which stipulates that lawyers accused of divulging State secrets and who wish to seek outside help should first obtain permission from public security authorities. From the case of the blind lawyer Chen Guangcheng, one of those “barefoot lawyers” who no longer hesitated to use the Chinese legal system to claim their rights, to many other outrageous and repeated abuses of the new human rights defenders (weiquan renshi), numerous recent examples of mistreatment and obvious denial of individual rights bring more questions than answers of Chinese legal reform intentionality.

The rights-based and civil society-led movement using the law as well as existing judicial (and non-judicial) avenues as tools for social emancipation within the current constitutional and legal framework prevailing in China revealed disappointing if not totally disheartening results. The early 2000s Public Interest Litigation cases (PIL) have not developed as originally expected. Their profound social impact scared the regime, which now condemns the very examples it set forth a few years ago. The case of the NGO Yirenping, (Yi (益), Ren (仁) and Ping (平) respectively, benefit, benevolence and equality) is revealing of a schizophrenic approach to legal reform. Yirenping had been behind almost all Hepatitis B discrimination cases brought before Chinese courts. Its strategy – which combined advocacy, education, research and publishing activities in the mainstream media or on the web – was progressively accepted by the Chinese leadership, as many cases were won and victims of discrimination were compensated. These Hepatitis B PIL cases have also had a direct influence on the legislative process with (i) the adoption of the Law on the Protection of Employment in 2007; and (ii) the adoption of a regulation of the Ministry of Health, Human Resources and Social Security in 2010 requiring Hepatitis B testing to be deleted from the list of mandatory measures to be taken for the recruitment of public servants. However, in March 2015, Chinese police officers raided the very same Yirenping office seizing laptops and details of contacts hence setting a new example of the crackdown on dissent. In the absence of a genuine rule of law and independent judiciary, PIL collective victories, as promising as they are, may not systematically transform into more rights realisation. Thus, paradoxically, the justiciability of rights could legitimise a given regime, for a particular moment of time, more than it supports rights realisation and democratisation.

Once again, it is ample time to denounce what is happening in China, a powerful and assertive country, yet a non-democratic regime where the language of rights is spoken as a promise of modernity while the demise of law proves to be a reality for millions of aggrieved citizens.

Professor Leïla Choukroune is the Director of the Centre for Social Sciences and Humanities, New Delhi, India.

The opinions expressed in this article are the author’s own.

From Parliament to President? Symbolic representation and the candidacy of Meira Kumar
Trans-border Challenges to CPEC