Hong Kong’s democratic struggle and the rise of Chinese authoritarianism 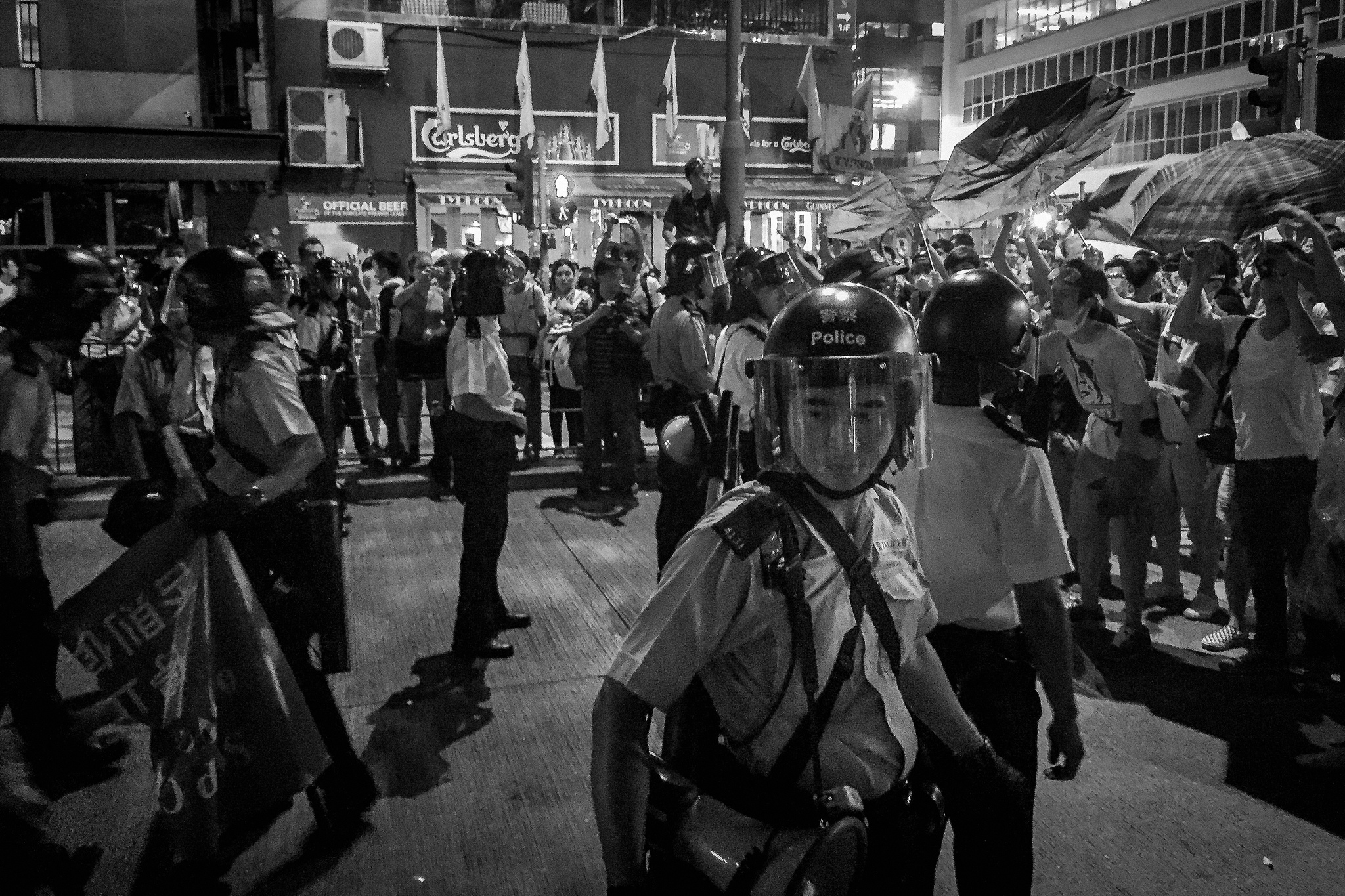 This move comes after two other Hong Kong lawmakers were expelled from the Legislative Council earlier this year and at the same time as the recent death of Chinese political activist and Nobel Peace Prize winner Liu Xiaobo. Add to this the growing unpopularity of Hong Kong’s new leader, Carrie Lam.

A new wave of pro-democratic protests has begun in what was once seen as a model metropolitan city.

In a classic David and Goliath scenario, pro-democracy advocates in Hong Kong are struggling to stand up to the Chinese mainland’s increasing control over the territory. Unfortunately for Hong Kong’s democratic movement, it looks like Goliath may have the upper hand.

My dissertation research on the 2014 Umbrella Movement shows that despite recent attempts to gain more political momentum, many recent pro-democracy calls to action have struggled in the face of Chinese power and Hong Kong’s pro-Beijing dominated Legislature. In fact, more radical “localist” movements that favor complete separation from China are becoming more common.

The rise of localism

The localist movement, made up of different and diverse groups, gained popularity in the wake of the 2014 Umbrella Movement in which 100,000 people took to the streets for 79 days to demand universal suffrage. Following the Umbrella Movement, I interviewed the people of Hong Kong on their views on the territory’s political future. A year after the movement, these individuals felt optimistic about the territory’s democratic future. Two years later, people began to lose faith in Hong Kong’s political system.

Many of the people I interviewed on my trips in 2015 and 2016 believed the Umbrella Movement remained peaceful because neither the Chinese government nor the people of Hong Kong wanted a repeat of June 4, 1989 in Tiananmen Square, when the student movement that had lasted for months ended with the deaths of hundreds at the hands of Chinese forces clearing the city square.

And at first, localists seemed willing to work within the political system, so long as their elected officials were able to enact policies under “one country, two systems.” But in 2016, violent skirmishes between Hong Kong police and localist activists took place in what was dubbed the “Fishball Riots.” Although violence has not been the primary goal of recent protests, activists have expressed willingness to use more forceful action if Beijing continues to increase its control.

I believe this new wave of protests may potentially lead to more violence. As opposed the Umbrella Movement’s call for universal suffrage, localist groups will likely unite under the rallying cry for independence from the unseen influence of Beijing.

With the expulsion of the six lawmakers this year, the pro-democracy faction of Hong Kong’s Legislative Council no longer has veto power against pro-Beijing politicians. Some of the ousted politicians have announced that they will run for office again, but it is unlikely that pro-democratic politicians will ever outnumber their pro-Beijing counterparts. Increasingly, Hong Kong’s government seems to be an extension of Beijing’s one-party rule: a political system in which only the Chinese Communist Party makes decisions.

It’s no surprise that China is so eager to reassert its control over the territory. Hong Kong was once considered China’s “Gateway to the World” and “Asia’s World City.” Yet Hong Kong was also one of the few places that kept the memory of democratic ideas alive in the region. That democratic tradition may be nearing its end.

Hong Kong’s democratic traditions, remnants of British colonialism, are being challenged. Under Chinese sovereignty, Hong Kong’s political system is being pushed in the opposite direction favoring more authoritarian policies.

The yearly June Fourth candlelight vigils, established to commemorate the 1989 Tiananmen massacre, were once well-attended events. In recent years, interest has dwindled. Younger generations have become more interested in their own causes. A growing number of factions seems to plague Hong Kong’s democratic movement.

Unfortunately, China’s authoritarian system has continued to exert control, thwarting democratic reform in both territories. If the global community does not pay attention, the prospect of a democratic China will continue to slip away. The more attention that is placed on Hong Kong’s current political crisis, the harder it will be for China to overtake the territory’s weakening democratic movement. Hong Kong’s pro-democracy camp cannot stand up to China alone.

Kelly Chernin is a Lecturer in International Communications at the University of Florida. This article was first published on The Conversation and can be found here. Image credit: CC by Studio Incendo/Flickr.

Indie Music, Music Festivals, and the Performance Economy in China
Science for the Many, not for the Few