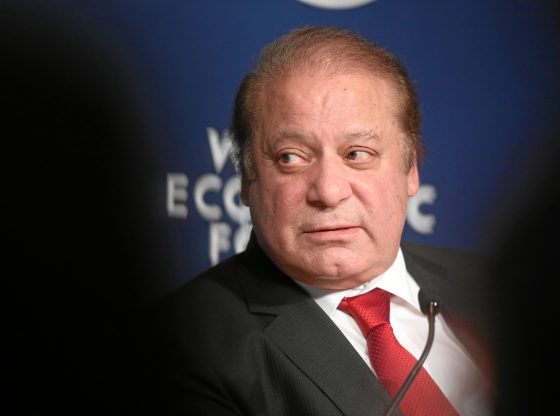 On Friday, the Panama papers led to the disqualification of Nawaz Sharif, who has for the third time been unable to complete tenure as Pakistan’s elected Prime Minister (PM). The much-anticipated verdict of the Supreme Court comes after the constitution of a Joint Investigation Team, on the instructions of the apex court, which included representatives from the Inter-Services Intelligence and Military Intelligence. Given his disqualification from holding public office and his dismissal as PM, this is most likely the end of Sharif’s political career. His brother, Shahbaz has been nominated by the Pakistan Muslim League-Noon, the ruling party, to take over as PM this September. This article discusses the possible implications of Nawaz’s disqualification and the verdict on judicial, political and civil-military trajectories in Pakistan.

From Militarisation to Judicialisation of Politics

To begin with, the decision reconfigures the political order of the state, reshaping the balance of power between Pakistan’s elected and unelected branches. Reacting to the decision, prominent lawyer Asma Jahangir stated that, ‘I think Zia ul Haq and Iftikhar Chaudhry have returned’.

Opposition party Pakistan Tehreek-e-Insaaf’s Chairman Imran Khan has repeatedly chastised the Nawaz government over its history of corruption. This verdict is likely to be deemed a victory for Khan, but it may bring his own assets and the funding for his party under investigation. Similar questions over the assets of other elected politicians are likely to be raised.

General Zia-ul-Haq justified his coup d’état based on the Doctrine of Necessity, which held that the wrongdoings of elected politicians necessitated a military intervention. He preserved power for the military through the development of constitutional mechanisms that gave the unelected government institutions tools for intervening and guiding Pakistan’s elected institutions. This constitutional legacy included Articles 62 and 63, which authorized the judiciary to disqualify politicians from office if they did not abide by a set of vague moral standards (honesty and sagacity). Thus, the military maintained a role as a guardian of the political system, intervening either directly or through allied unelected institutions, to guide the system in a direction that suited its interests.

Under former Chief Justice Iftikhar Chaudhry the Supreme Court saw its authority grow as it played a central role in bringing about the end of General Musharraf’s dictatorship. The Court used its new found independence and popular legitimacy to assume the role of the guardian of public interest. The legal basis for the Court’s interventionist role was Article 184(3), under which the Court can directly take up petitions deemed to be of public importance. Chaudhry’s Court widened the scope of its original jurisdiction, opening up a wide range of new questions to direct judicial intervention. This judicialization of politics was justified based on the same anti-politics logic invoked by the interventionist military: that the moral shortcomings of politicians necessitated regular interventions by the Court, a Doctrine of (Judicial) Necessity.

The outcomes of the Panama case represent the high-water mark of this Doctrine. The Court has adopted both an expansive interpretation of its power to assume jurisdiction, and its power to disqualify an elected PM for mis-declaring assets without recourse to appeal, rather than waiting for a conviction from the more extensive corruption trial that is yet to take place. The Court deemed this assertion of authority as ‘necessary’, in light of the corruption of elected politicians and the shortcomings of the other regulatory institutions. As Justice Khosa wrote in his opinion, the Court must use Article 62 to “un-pollute the authority” and purify the political leadership.

Opposition party Pakistan Tehreek-e-Insaaf’s Chairman Imran Khan has repeatedly chastised the Nawaz government over its history of corruption. This verdict is likely to be deemed a victory for Khan, but it may bring his own assets and the funding for his party under investigation. Similar questions over the assets of other elected politicians are likely to be raised. But to what extent this snowballing can officially challenge the credibility of individuals across civil, military and judicial sectors remains to be seen.

If the buck stops at Nawaz, then the likelihood of any large-scale accountability will diminish, weakening the PMLN but allowing Pakistan’s frail democracy to trudge along intimidating civilian politicians who don’t follow the script. In Nawaz’s case, complementing the unquestionable corruption that did undermine his political legitimacy, were his efforts to bring former General Pervez Musharraf to trial for treason, mend fences with India, and successfully prevent the extension of the previous army chief. Taken together, these efforts placed him at odds with the military.

Now, the PMLN stands at the crossroads. If Shahbaz is nominated as the next PM, the two brothers will need to rely on each other. Nawaz’s appeal in Punjab may help Shahbaz benefit from his brother’s vote bank and Nawaz will need Shahbaz to retain some stakes in the political landscape of Pakistan. But the future succession of PMLN, a party that has long relied on dynastic politics, with the Sharif’s being the first political family, may now advance under the house of Shahbaz Sharif and his sons.

Members of the PMLN may be observing these effects on the party’s vote bank. If Nawaz’s ouster turns him into a martyr for his voters, PMLN’s vote bank will remain intact, and few members of the party are likely to defect. However, if this decision taints his image among his voters, weakening his support, ambitious members of the party are likely to defect to parties with better relations with the military, and thus better prospects for coming to power. Thus, PMLN’s electoral prospects remain uncertain, and may well be compromised in the 2018 general elections.

The overarching political uncertainty created by undermining civilian institutions will further entrench the dominance of the military in Pakistan’s foreign and domestic policies. Strategies on Afghanistan are unlikely to change, as the military will continue being the key decision-maker on this front. Similarly, adverse impacts on relations with China are unlikely; in fact, the military may now have more direct involvement and oversight over the China-Pakistan Economic Corridor. Domestically, in the absence of a strong and independent civilian leadership, the planning and supervision of security and counterterrorism operations will more firmly rest with the military.

This decision can be lauded for holding a political leader accountable, but it also reveals tensions built into Pakistan’s democratic transition: the presence of an independent, assertive judiciary may well be good for the rule of law, but an unconstrained Judiciary tasked to cleanse the political class of corruption, reinforces the precedent of unelected branches guiding Pakistan’s democracy. The presence of two unelected guardian institutions, the judiciary, and the military, may be better than a military wielding supreme control, but when both are guided by the same doctrine of necessity, the future of Pakistan’s elected political institutions remains uncertain.