The Elderly Are Becoming the New Self-Governing Subjects in China 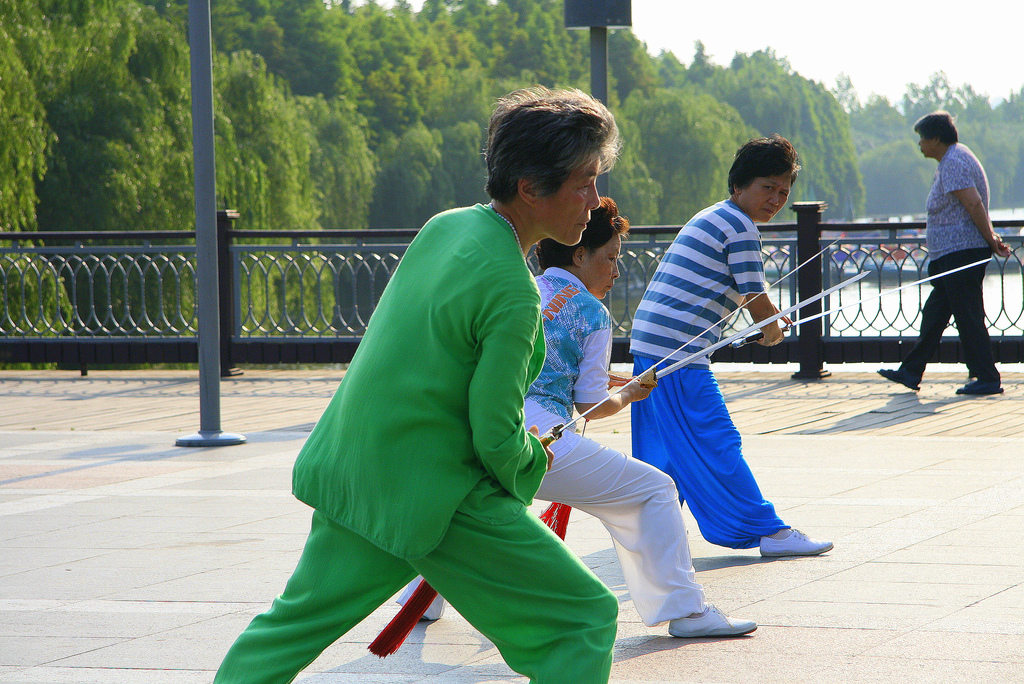 In June of this year, Chinanews.com reprinted a news story from a leading current affairs publication, Bi-Monthly Forum (半月谈), describing the hardships facing elderly people in rural China. According to the story, instead of enjoying a leisurely retirement, most elderly villagers are still doing a lot of farming work in order to contribute to the livelihood of their children and grandchildren. Among several individuals featured in the article, one 63-year-old woman in rural Henan has gone into debt to the tune of 100,000 RMB in order to help her son purchase an apartment in a nearby township. Her rationale was quite simple: ‘My son needs to buy an apartment. If I don’t help him now, he won’t look after me when I really need it’. Another woman, in her 70s and also from rural Henan, decided not to undertake a medical procedure recommended by her doctor that would repair her broken leg. Her logic was also quite simple: she preferred to sacrifice her own health needs in order to leave some money to her son for him to get married.

Elderly citizens in the city are generally faring better than their rural counterparts, although life after retirement is not a picnic for them, either. If we accept the convention in developed countries of calling anybody over the age of 65 years elderly, then those who fall into this category in urban China have at least two things in common. First, they have all lived through the socialist era and have actively participated in the nation’s modernisation. Their formative years were spent under the Maoist regime, when the state took care of welfare. Second, their ageing process parallels China’s transition from a more collective-oriented way of life to one that is characterised by a growing need for self-funded aged care.

Senior citizens, now retired from decades of public and productive life contributing to the nation’s GDP and nation-building, are now private citizens with ageing bodies and often declining health.

Where privatization affects the elderly most is in the dismantling of the socialist health care system. A series of reforms in the 1980s and 1990s introduced major changes to China’s health system, including a reduction of public funds, a higher degree of financial independence for public hospitals and health centres, and private ownership of health facilities and practices. The de-regulation of pharmaceutical and medical care, when coupled with the commercialization of the media sector, has given rise to the exploitation of the elderly, especially those from economically disadvantaged backgrounds. For instance, radio health infomercials promote often less-than-standard products and sometimes even outright fraudulent medicines. Elderly individuals are not only prone to illness and disease, but they are also more at risk of falling victim to market hoaxes and scams. In my conversations with elderly people’s adult children, I often heard complaints about their parents’ gullibility when facing unscrupulous sales people. One man warned his father that the health product he had bought after listening to a radio health infomercial was most likely fake medicine, but the father had refused to listen. He did not want to believe that state-owned radio would air anything that was untrue.

Exploiting people’s anxiety about their health and their fear of death, and targeting people wishing to improve their general well-being, health industries also bombard retirees with a wide range of expensive goods and equipment, including miracle products such as sleep-enhancing pillows and energy-giving tonics, all claiming to cure fatigue, light-headedness, palpitations, wobbly knees, forgetfulness, and insomnia. For elderly residents in urban China, it is a routine occurrence to be confronted by sales agents touting for business by literally beating at their door.

The real estate sector has also zeroed in on the ageing cohort as a potential market, actively promoting the idea of a ‘retirement lifestyle’ to those elderly urban consumers who have some disposable income. Urban retirees are being sold the dream of the perfect retirement, which may consist of living in Beijing for half the time and in Hainan/Dali/Qingdao for the other half, to take advantage of the clean air. This idea puts the comfort and well-being of elderly individuals at the centre of consideration, actively encouraging them to depart from the traditional practice of saving every penny to pass on to the next generation. While enticing and aspirational to some, this individualistic sensibility is also creating tension between older people and their children.

But elderly citizens are not just targeted by the market, but are also a focus of attention for the state. The government is now actively encouraging older individuals to learn to make their own choices about their bodies and health-keeping regimes, as well as to live with the consequences of these choices. Being a good citizen in China has acquired a new dimension. In addition to being loyal to the Party and patriotic to the motherland, and alongside being a good consumer, the elderly are now urged to become self-responsible citizens. They are expected to take control of their own health, engage in self-education about their own well-being, and acquire new knowledge from experts on how to construct a health-giving regime for themselves.

Given this, it is not surprising that most of the retirees I interviewed in Bengbu, a medium sized city in Anhui Province, are loyal viewers of the myriad self-health programs on state television. Most people I talked to disclosed that they had acted upon various health suggestions and remedies that they had learned about from a television program. Yangsheng House (养生堂), the highest-rating health talk show, for instance, targets China’s ageing population. Produced by Beijing TV but aiming to reach older viewers across the nation, the show attributes its success to its unrivalled status as the most authoritative yet lively and interactive medical program, being able to draw on the expertise of the most respected specialists in Beijing.

This shift of their social identity from productive worker to individual consumer puts elderly individuals in China at a moral and ethical crossroads, caught between traditional, family-oriented values of personal sacrifice and new individualistic practices. In the eyes of health experts, the media and the state – as well as their own children – older Chinese citizens are at best technologically challenged and in need of acquiring new knowledge from the experts and the media, and at worst, a burden to both their families and society. Instead of enjoying a secure and well-earned retirement, the elderly, especially those from rural and working class backgrounds, are confronted with uncertainty and a sense of insecurity. The extent of this uncertainty and insecurity depends on where they are situated in the continuum of socioeconomic inequality.

Having lived through the Maoist decades when the Party-state told them how to live their private lives, senior citizens are now learning to become self-governing subjects. Yet, many elderly interviewees demonstrated to me their resilience and zest for healthy living – not through wholesale acceptance of the messages they were receiving from both the Party and the market, but through mindful and critical engagement. They made it clear that they are making their own compromises and devising their own coping strategies – be it in the form of an active individual yangsheng (health-keeping) routine or group-dancing in public spaces – in response to these powerful forces.

Wanning Sun is Professor of Media and Cultural Studies at the University of Technology Sydney (UTS). Her research is concerned with the cultural politics of inequality in China, Chinese media and soft power, and the Chinese diaspora. For her expertise and publications, please go to her webpage https://www.uts.edu.au/staff/wanning.sun. Readers can go to http://www.chinoiresie.info/lrp-11-class-the-new-dirty-word/  to hear her latest research on class politics in China, as well as https://theconversation.com/profiles/wanning-sun-2510 for her views on censorship in the Chinese social media.

The Shadow of a U.S.-China Arms Race
Marawi: The Furthest Battlefield of Islamic State