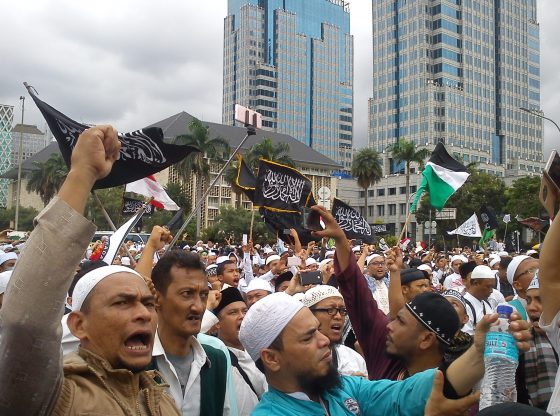 Amidst the spectre of ISIL attributed terror across Europe, Africa and Asia, concerns about the globalised and amorphous nature of ISIL weigh heavily on the minds of security scholars and practitioners alike.

The recent ISIL-led siege of Marawi in the Philippines shows the appeal and durability of the group across the region, and demonstrates its ability to latch on to issues and grievances at the intra-state level. In particular, the Indonesian context presents a unique frame through which we can unpack the complex regionalization of the ISIL phenomenon. Despite relatively low overall numbers, over the past two years, ISIL has shown an interest in, and capacity to, enter Indonesia’s market place of violent activism. The group has claimed responsibility for a number of attacks, including the Sarina bombing in central Jakarta and several attacks on police stations in Jakarta and Solo.

ISIL is by no means the biggest or most serious long-term threat associated with the expression of violent religiosity that Indonesia faces.

Moreover, if recent media reports are correct, Indonesian nationals rank number two on the worldwide list of foreign Islamic State jihadists arrested in Turkey. This reality throws up a set of complex and bisecting challenges:  what to do with the 300-500 Indonesian jihadis in Syria and Iraq as they begin to return home, and how to confront the appeal of ISIL’s brand of Islamist ideology at the domestic level. But let’s be very clear, while ISIL-specific strategies are needed, at least in the short to medium term, ISIL is by no means the biggest or most serious long-term threat associated with the expression of violent religiosity that Indonesia faces.

Rather, the appeal of ISIL should be seen as the proverbial “Canary in the coal mine,” a sign to the Indonesian government that it must engage more comprehensively to stem the appeal of violent and non-violent extremist discourses. Indonesia can choose to do this on its own or with partners, but either way it must re-examine its approach to countering violent extremism.

Understanding the lexicon of extremism in Indonesia

Islamist ideology isn’t an ideological monolith and neither is the landscape associated with violent religiosity. Over the past 20 years, contestation over the role of Islam in public life and the rise of sectarian inter-communal conflicts have spawned a variety of groups who have opted for violent activism.

Essentially, groups who use violence as means to operationalise their Islamisation agendas fall into several categories: Firstly are those groups who use a globalised narrative to justify attacks on western and high value targets, such as Jemaah Islamiyah, and its successor networks such as Jamaah Ansharud Daulah (JAD), and East Indonesia Mujahidin (MIT). Second are paramilitary self-defence groups, such as the now defunct Laskar Jihad, whose agendas centred on  “defending” beleaguered Muslim communities. Third are the piety enforcement groups such as the Islamic Defenders Front (FPI), who use violence and intimidation at street level and also engage themselves in supposed self-defence activities. Within this mix there are non-violent but rhetorically extreme groups like Hizbut Tahrir (HT) who are technically non-violent but committed to a version of aggressive Islamisation. In short, Indonesia presents a complex ecosystem of extremists, some violent and some non-violent.

The regionalisation of ISIL’s agenda in Indonesia throws up a number of conflicting trends. On one hand the group has demonstrated a capacity to illicit support through social media. On the other hand, it would appear that despite having a base of support, incidents of violence attributed to ISIL have been perpetrated by groups and networks with connections to other established Jihadist actors. Thus, in evaluating ISIL’s operational reach into Indonesia (and Southeast Asia generally), we need to be careful to separate rhetorical capacity and soft support from violent activism.

We also need to be mindful not to conflate broad declarations of allegiance with command decisions and/or operational capacity. The latter point is clearly demonstrated by ISIL-attributed attacks in Jakarta and the Solo in 2016. Both attacks were planned by Bahrun Naim – the best known and most potent Indonesian ISIL affiliated militant and a former Jihadi with known connections to East Indonesia Mujahidin (MIT). The Bahrun case is illustrative, demonstrating: a) the extent to which militants can move fluidly between networks and b) that in Indonesia ISIL-affiliated cells appear to have limited capacity to act autonomously from other networks. Yes, Bahrun did fight in Syria and he was affiliated with ISIL. However, his violent activism began long before he switched allegiances to ISIL.

In the short term, it would appear that the ISIL issue in Indonesia is largely contained, to the extent that we aren’t seeing a migratory pattern to ISIL from the extremist organisations discussed above. For example, so far we are not seeing an ideological and operational shift in groups such as HT and FPI towards the ISIL agenda. Similarly, it would appear that ISIL’s rhetorical push and social media prowess isn’t resulting in a greater uptake in violence.  That being said, there are many unknowns – the impact of returning Jihadis and the long-term radicalising impact of ISIL ideas on local groups to name a few. So, ISIL is and isn’t the story. Globalised “us versus them” narratives are powerful and ISIL has been successful in promoting this narrative, which preys on the vulnerable and already radicalised.

Notwithstanding the power of this message, in the Indonesian context the real story is the ongoing quagmire of Islamist-inspired violence, the appeal of extremist discourses, and the extent to which these have structural features of Indonesian political life.

Finding durable solutions to issues associated with religio-political extremism is complex, controversial and no doubt will occupy much attention at the highest levels of government in Indonesia for many years to come. To be sure, the ISIL-context poses its own challenges. States and security agencies certainly need to be thinking about what to do with Jihadis if and when they return home, developing systems to “risk-assess” returnees to determine if they have an interest in violent activism, re-integrating people back into their communities and stemming the tide of ISIL’s propaganda at the local level. However, I would also contend that the “ISIL-effect” has forced the government to engage more comprehensively on the issue of countering violent extremism.

In the Indonesian context, counter-radicalisation (or “CVE”) agendas must begin to move beyond performativity. I suggest that if the state is serious about this it must address a number of uncomfortable truths. Conversations need to be had to address: complex definitional aspects regarding extremism, improving coordination and information sharing between agencies, developing appropriate CVE interventions – taking into account the role of state and non-state (secular and sectarian) actors and reaching a consensus on the level of support Indonesia wants from its friends and allies on this policy area. Beyond these technical and legal issues there is the task of grappling with the “mainstreaming” of non-violent extremism.

ISIL is a problem and ISIL-specific strategies are very necessary. While these strategies might deliver results in the short to medium term, Indonesia’s only long-term solution is addressing and dismantling its ecosystem of extremism.

I am not suggesting that the state has all the answers, far from it. Durable solutions and resilience in the areas of countering violent extremism can come from for civil society and sectarian actors, but the state sets the overall tone and must lead.

An Ageing China and the Euthanasia Dilemma
The “empty nest” is not empty: The vanishing boundary and immersive communication in China engages the elderly