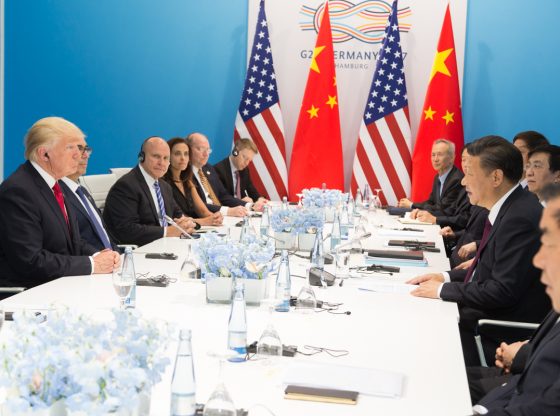 Chinese President Xi Jinping’s call for building a “great wall of iron” to shield his country against a possible infiltration by the Islamic State demonstrates China’s acknowledgement that it is as vulnerable to this threat as any other country. This is forcing a clear change in Beijing’s traditional security concepts and parameters, and pushing it to take a big step forward from merely guarding its mainland to taking advance positions in other countries where ISIS has already established a marked presence.

An important question at this stage is: will China alone be willing to deploy enough force to defeat ISIS and prevent its spread inside its borders, or does it need to coordinate its operations with the US?

If ISIS is to be stopped, China’s security establishment seems to believe it must be contained away from its borders. Hence, the forward deployment of the Chinese military in Afghanistan, where China confirmed in February that it was participating in “joint counterterrorism operations.” While the actual size of this force is still unclear, reports began surfacing a few months ago claiming that Chinese military personnel were patrolling in the Wakhan corridor, a mountainous strip of land between the Pamir and Karakoram mountain ranges that extends all the way to the border with China.

Although China has multiple reasons to send forces to Afghanistan, it seems that the mounting threat of terrorism has taken the top spot. Of course, other factors like US president Donald Trump’s lackluster Afghan policy is creating a politico-military vacuum that China might want to fill up, and add the war-torn country into its ambitious ‘One-Belt, One Road’ (OBOR) programme.

Clearly, the presence of the Chinese military in Afghanistan could not have come without a formal agreement between Kabul and Beijing. While this agreement does indicate growing political cooperation between the two countries, it also tells a lot about China’s preoccupation with the growing threat of the spread of violent ideas from Afghanistan to its own restive regions—something that could significantly damage, if not undo, projects like OBOR.

An important question at this stage is: will China alone be willing to deploy enough force to defeat ISIS and prevent its spread inside its borders, or does it need to coordinate its operations with the US, which continues to maintain a significant military presence in Afghanistan?

Given America’s ever-increasing inability to decidedly steer the course of its longest ever war to a satisfactory outcome, long-time observers believe that President Donald Trump needs to consider beginning a serious dialogue with Chinese President Xi Jinping on how to plan and implement joint counterterrorism operations in Afghanistan. Doing so would not only put more pressure on the Taliban and other groups, but also demonstrate Beijing’s and Washington’s resolve to cooperate, rather than compete, at least in Afghanistan. While such cooperation is yet to find its way into official policy circles in both China and the US, its absence would only benefit groups like ISIS.

While involved in joint terror operations in Afghanistan against ISIS, the call for building a “great wall of iron” also includes security measures to be taken inside China in the restive province of Xinjiang. These announcements came after a video purportedly by ISIS showed Uighurs training in Iraq, vowing to plant their flag in China and saying that blood will “flow in rivers.”

Though the threat of ISIS finding its way into China is real, it cannot be said that China would find in this threat a legitimate excuse to deal high-handedly with the separatists active in Xinjiang. According to Cheng Guoping, State Commissioner for counterterrorism and security, China should “closely check in on whether Afghanistan is becoming another paradise for extremist and terrorist groups. Such a major development may pose a serious challenge to the security of our northwestern border.” The Global Times, an influential state-run tabloid that tends toward hardline rhetoric, said Xinjiang authorities would issue a new anti-extremism regulation this year, which would “prevent the spread of extremist ideas.” It said the regulation would supplement an existing counterterrorism law that is focused on acts of terrorism, but didn’t give details.

While it is interesting to see how the state-run media in China is building the case for the introduction of laws and other measures to check the spread of terror ideas, it is even more interesting to see how it has blended the threat originating from Afghanistan into the situation prevailing in Xinjiang, a region that has long faced political repression and an ever-growing movement for separation. Therefore, an important question here is: will China be able to separately deal the two questions of ethnic dissatisfaction and terrorism?

As examples from other countries have shown, particularly the case of Baluchistan in Pakistan, designating ethnic movements as “terrorist” and delivering consequent high-handed repression instead of political accommodation, leads only to further intensification. China, too, seems bound to following this path. For instance, the new regulation to be introduced is not a national law but only a “regional regulation.” China is clearly dealing with the region in an apartheid manner, introducing special regulations and de-linking the region from the rest of China. A fundamental flaw in this regulation is an underlying assumption that radical ideas can attract only those living in Xinjiang, while the rest of China’s minorities are inherently immune to it. Hence, the question: will China then end up digging a self-defeating pit in Xinjiang? Suppressive measures will only cause more ethnic dissatisfaction and consequently provide terror outfits a ready-made scenario to flourish, gain recruits and find other kinds of support.

China may be right in building a “great wall of iron” to prevent ISIS from establishing itself in Xinjiang. Yet, such measures inevitably involve the question of ethnic sensitivity and the state’s attitude towards the region, which will only exacerbate to the problem.

Salman Rafi Sheikh is a Pakistani academic and a frequent commentator on issues of violent extremism in Asia. This article originally appeared on Asia Sentinel and can be found here. This article forms part of the IAPS Dialogue edition entitled ‘Islamism in Southeast Asia’. Image Credit: CC by White House/Flickr.

The “empty nest” is not empty: The vanishing boundary and immersive communication in China engages the elderly
The Power of Ageing in China: Implications of the End of “One Child” Policy