China-India border dispute a grim sign for stability in Asia 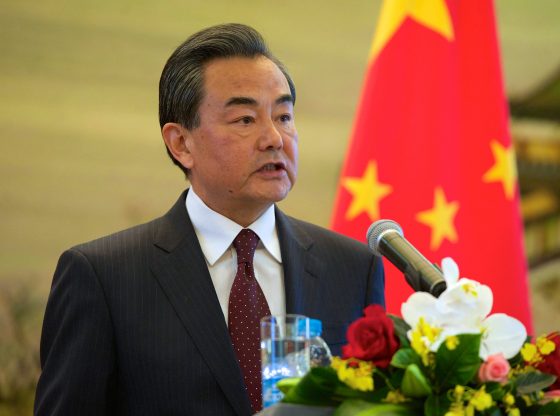 Conflict was almost baked into Asia’s post-1945 international order. Taiwan’s contested status following the communist victory in China’s civil war, and the division of the Korean Peninsula are only the most obvious and volatile of Asia’s military hotspots.

Yet one of the region’s most striking features was the way in which, from the 1970s, it was able to foster a remarkably stable international environment in spite of the visible flashpoints in almost all corners of the region. The growth and prosperity enjoyed by so many people would not have been possible had the countries of the region not worked out how to manage their often vast differences.

Beijing’s response to the deployment of Indian forces has been incandescent rage. This is in stark contrast to previous cross-border tensions and standoffs, when China has generally approached the matter with a degree of caution and calm, in public at any rate.

That period of stability is coming to an end. Asia’s great powers are increasingly jostling with one another for influence, and as they do the region’s old wounds open up again.

The high altitude military stand-off between India and China at the Doklam Plateau, near the tri-border of Bhutan, India and China, is an acute example of how these old problems have been reinvigorated by Asia’s geopolitical flux.

India and China share a border in excess of 3,000 kilometres in length, much of which is disputed by the two behemoths. This has long been a source of friction, including a short and nasty war in 1962 that India lost in humiliating fashion. Most of these have occurred in India’s north on the Chinese side of Jammu and Kashmir.

The Doklam stand-off is notable because it is in the north-east of the country. It started on June 16 when Chinese PLA engineers began work to extend a road that is within territory that is disputed between Bhutan and China, but in which Beijing has been operating freely since at least 2005. The work appeared to be an effort to extend the road closer to India’s border.

In response, Indian military forces crossed the border on June 18 into what it regards as Bhutan – a country with whom Delhi has an agreement to guide its foreign policy – and prevented the road from being constructed.

Beijing’s response to the deployment of Indian forces has been incandescent rage. This is in stark contrast to previous cross-border tensions and standoffs, when China has generally approached the matter with a degree of caution and calm, in public at any rate.

The fulmination is the result of China’s belief that the PLA is operating on sovereign Chinese territory and that India has intervened in its affairs for strategic advantage. This is a particularly neuralgic issue for the PRC.

Since then, both sides have mobilised their forces with at least 100 soldiers on either side eyeballing one another, while India has moved thousands more into close supporting positions.

The public rhetoric on either side is hardening. China has carried out military drills and declared that it is easier “to move a mountain than to shake the PLA”. Foreign Minister Wang Yi bluntly stated that the standoff was entirely India’s fault, and that the troops had to get out of China.

India in turn has accused China of reneging on its agreement not to change the status quoand has rallied international support by using the standoff as another example of China acting as a disruptive force.

Neither disputes the basic facts – China was building a road towards India’s border, while India does not deny contesting PLA forces beyond its own borders – so what motivated their risk-taking?

Delhi’s reasoning is slightly easier to discern. India is at a military disadvantage in most of the border disputes with China. This area is one in which Delhi has the upper hand. It believes China was taking preparatory steps to negate that advantage.

India is also acutely aware that the tri-border area is very close to the Siliguri Corridor, the narrow strip of land that physically connects India to its eastern states that lie between Bangladesh, China and Burma. Defending the corridor is a first order priority for India.

China’s claims that it was merely road building in its own land are disingenuous. It knows that the territory is in dispute with Bhutan and is acutely aware of Indian sensitivities. This was not just a bit of civil engineering, nor was it a case of a rogue PLA unit operating without central clearance.

Many think that China’s move is punishing India for its tilt to Washington and its criticism of the Belt and Road Initiative. The timing was unmistakably intended to embarrass Modi.

It was not by accident that the incident was timed so that it would cast a shadow over the prime minister’s participation in the G20 summit and a meeting with Xi Jinping. It also signalled that, contrary to his strong-man persona, Modi is not able to control the country’s borders and core interests.

Some also see the effort as an attempt to wedge Bhutan. Beijing has been courting Thimpuin the way it has successfully cultivated other South Asian countries such as Sri Lanka. This appears to be a fairly Machiavellian means of pushing another of India’s close partners into the China column.

MIT’s Taylor Fravel, an expert on China’s border disputes, has argued that while China probably did intend to push some strategic agenda, it probably miscalculated the strength of India’s response.

There has been far too much hyperbole about the prospects of this leading to a nuclear war– that is extremely unlikely – but it is also unlikely that this will end in a quickly negotiated diplomatic settlement of the kind that has resolved previous border stand-offs.

Both have positioned themselves in ways that will make backing down quickly very difficult. This crucial bilateral relationship is now at a low ebb, and as the standoff is likely to drag on for a long time, a frosty Sino-India relationship looks set to remain in place.

When we think of difficult great power relationships in Asia, US-China and Japan-China ties tend to predominate. But the crisis in the difficult terrain of the Doklam Plateau reminds us not only that India is an Asian great power, but that the tenor of its relations with China is of crucial strategic significance.

Equally, the tension is a sign of Asia’s new contested and complex geopolitics. This is a world in which American influence is marginal – not just because US Asia policy is on autopilot – and one in which old and long running animosities have been revived by the combustible blend of ambition and wealth.

How Doklam is resolved will tell us a good deal about the extent to which Asia’s great powers can accommodate one another’s interests and recreate the stability of the past. The prospects do not look good.

Nick Bisley is the Executive Director of La Trobe Asia and a Professor of International Relations. He tweets at @NickBisley. This article was first published on The Conversation and can be found here. Image credit: CC by U.S. Department of State/Flickr.

The Power of Ageing in China: Implications of the End of “One Child” Policy
From Chinese missiles to US warships, the South China Sea is heating up