Using the arts to achieve social and political justice in Cambodia

Home /Cambodia, Development/Using the arts to achieve social and political justice in Cambodia 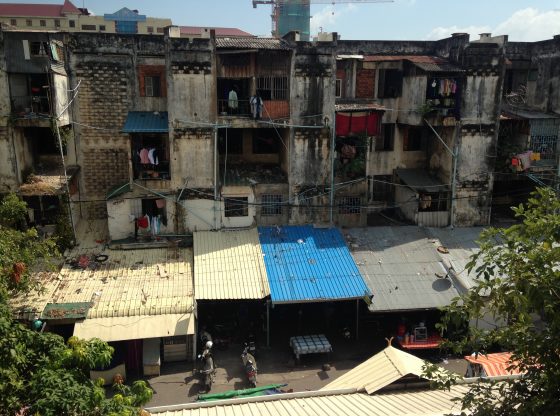 What first comes to mind when you think of Cambodia?

For many Westerners, it’s the country’s cultural gem, Angkor Wat. The world’s top-rated tourist destination (in the 2017 TripAdvisor’s Traveler’s Choice awards) is certainly stunning. It’s not too surprising that entry fee revenue hauls in roughly $USD50 million each year.

As the local and international community look ahead to the 2018 Cambodian general elections, the potential for political and social change – and instability – looms large. In keeping with the general tenor of his 30-year rule, Prime Minister Hun Sen has threatened the use of military force if the outcome is not in his favour.

In moments of optimism, social justice advocates favourably compare the current situation with that of forty years ago, when the Khmer Rouge held the country in its genocidal grip. But social justice and human rights still have a long way to come in Cambodia.  Local political advocacy or activism for such causes can be risky, even dangerous. In 2014, garment factory workers gathered in the streets of Phnom Penh to campaign for a fair wage. Police responded by shooting AK-47s into the crowd, killing at least four and injuring dozens more.  It was just one of several recent incidents intended to remind the Cambodian people that speaking out against those in power is unwise.

Dancing together – in art and in life

During my research in Cambodia I have met some astonishing young Cambodian people who are treading their own path in search of social justice. Recognising that the arts have a unique role to play in agitating for change, they are making waves in their home communities and beyond.

One such young artist is Pich Sarath, who views his beloved Khmer music tradition chapei as a force for social change. Singing and playing, often smiling, and improvising his lyrics as he goes, he educates and entertains school children and adults about serious issues as diverse as land degradation, AIDS, and the illegal ivory trade.

On one of my recent visits to Cambodia, Sarath was travelling out to one of the rural provinces, to support villagers in their protests against destructive deforestation of their land. Local protest rallies had only agitated the local officials. “But if we play and sing chapei about it, it’s harder for them to get angry” he explained.

Another young artist I met is Onn Sokny, local senior manager of Epic Arts, a non-government organisation that works at the intersection of the arts and disability. Sokny knows first-hand the vast barriers that a disability can mean in a country like Cambodia. She is passionate about using the performing arts to help level out the playing-field. “My dream is for people with and without disability to dance together”, she told me,  “not only in art, but in life.”

Onn Sokny shakes off discrimination with her peers from Epic Arts and other Cambodian organisations.

Then there’s So Phina, published author and chair of the Women Writers Committee at PEN Cambodia. “I’m serious about gender equality”, she warned me over a street-side coffee one morning.

As the morning passes, I am surprised that Phina chats with me so frankly about her country’s injustices, given her country’s record of oppression of writers. She admits her candour gets her in trouble sometimes. One organisation she belongs to quietly suggested to her that she keep her political views to herself, for her own sake.

But she has other ideas. “I will leave, before I am kept silent”, she told me. “My writing is my voice”.

Arts and the future

As I write this piece (in July 2017), the iconic White Building in downtown Phnom Penh has just been evacuated. The 2,500 people who lived there included a vibrant community of artists, some of whom have called this dilapidated structure home the since the early 1990s.

Now, all residents have been moved on to make way for a $70-million, 21-story, Japanese-built luxury condominium on this prime bit of central land – a deal approved by the Cambodian government late last year. It’s the latest in a raft of evictions and land seizures by the most powerful against the most disadvantaged and vulnerable of Cambodia’s citizens. No doubt, it won’t be the last.

Equality and justice are hard won in this country.

But they are also hard fought.

As the local and international community look ahead to the 2018 Cambodian general elections, the potential for political and social change – and instability – looms large. In keeping with the general tenor of his 30-year rule, Prime Minister Hun Sen has threatened the use of military force if the outcome is not in his favour.

As Sokny, Phina, Sarath, and many others realise, the arts and artists have a front line role in this battle, this next chapter of Cambodia’s turbulent history.

The weapons in their arsenal do not kill. They are far more formidable than that: they are non-violent and non-confrontational, accessible and instructive, inspirational and visionary.

My courageous Cambodian friends, through your arts, anything is possible.

Catherine Grant (@CatherineFGrant) is Senior Lecturer at Queensland Conservatorium Griffith University, recipient of an Australian National Future Justice Medal for her research and advocacy on cultural sustainability, and author of “Music Endangerment” (OUP, 2014). Her recent research in Cambodia, supported by an Endeavour Australia Research Fellowship, examines the links between poverty alleviation and cultural sustainability. For more see academia.edu.

Cover image: ‘The White Building’ in central Phnom Penh, until June 2017 home to a thriving community of artists, slated for imminent demolition. Photo by the author, December 2015.