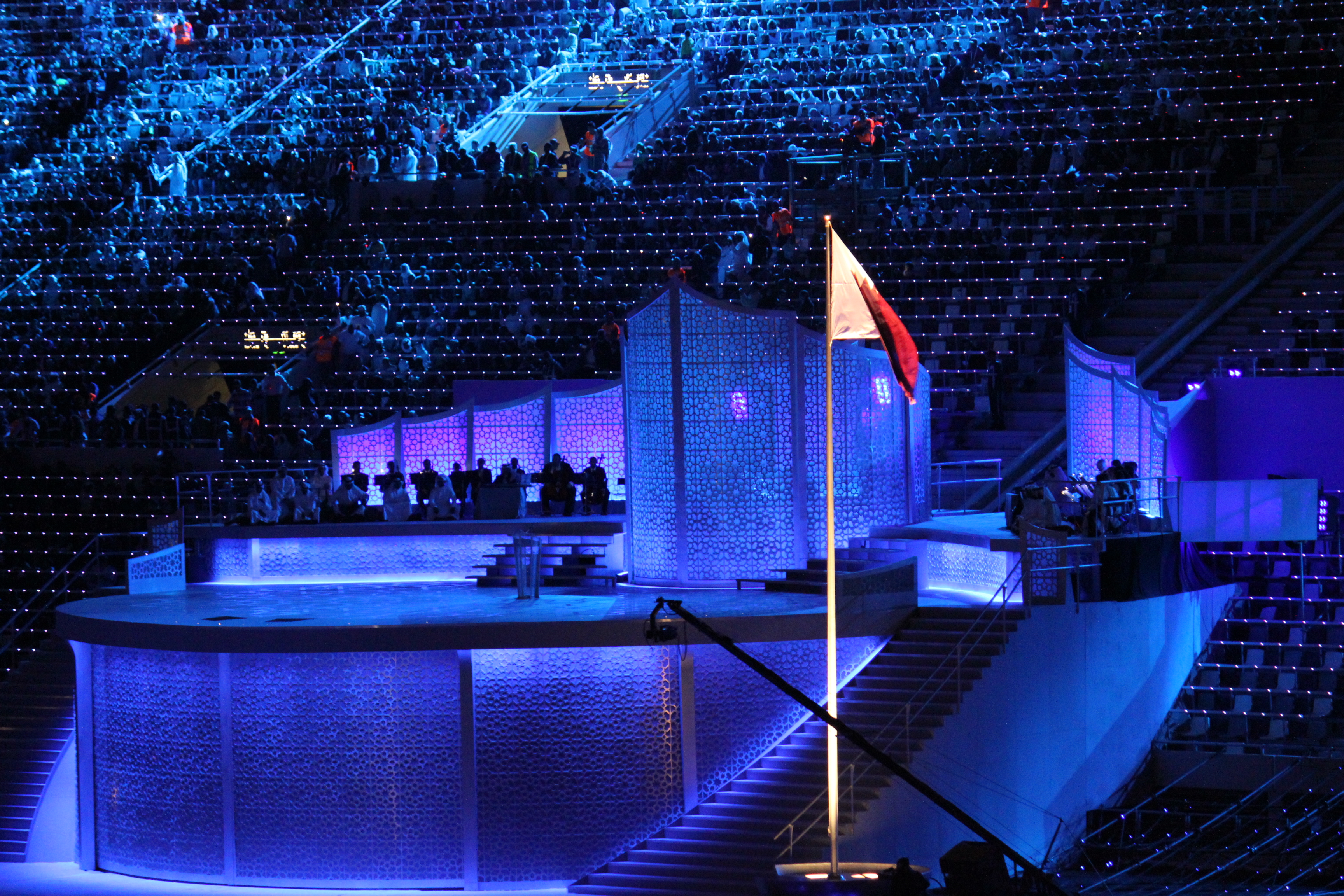 Football’s global centre of gravity is shifting eastwards as countries in Asia strategically focus on the sport’s development. As I’ve previously noted, in this Football 3.0 Qatar and China are playing an essential role in the sport’s ‘Asianisation’.

For several years, Qatar stood alone in its ambitious, lavishly resourced pursuit of football success (most potently symbolised by the nation’s winning bid to stage the 2022 World Cup). Late in 2014 however, China announced a vision for football that seemed like ‘Qatar x100’. Since then, the East Asian giant has exhibited a voracious appetite for all things football.

And now it seems that the two countries are working together in an East-West Asia alliance that could profoundly change global football’s balance of power, as well as the environment within which the sport is organised and played.

As if to mark the marriage of world football’s most ostentatious couple, it was recently announced that the 2022 World Cup Final venue will be jointly constructed by Qatar and China. The Lusail Stadium will be built in a joint venture between Qatari firm HBK Contracting and the China Railway Construction Corporation (CRCC).

One suspects there will be more such collaborative ventures to come too. Lusail City is more than just a stadium, with plans in place to create a 19-district development in which 200,000 people will be living by 2022. CRCC is now surely in pole position to partner with the Qataris on further construction projects in Lusail (and probably Qatar more generally) given its existing construction work.

It will be interesting to observe how the Qatar-China relationship unfolds; Qatar has been in the grip of fiscal stringency over the last year or so following oil price falls and consequent public spending controls. In the meantime, China has continued spending heavily on football; among other things, the country has gifted new stadiums to Gabon in preparation for the country’s staging of the 2017 African Cup of Nations.

China’s long-established use of stadium diplomacy has been premised on building venues in return for access to raw materials, mineral resources, and markets. That China is now working with the Qataris on Lusail should not, therefore, be too much of a surprise. Indeed, it is conceivable that China could also gift facilities to the Gulf state, particularly if the country steps up its bid to host the 2030 World Cup.

As with most relationships in which China engages, this East-West Asian marriage is about much more than football and the World Cup. Sport might be a helpful entrée to meaningful dialogue between Doha and Beijing, but trade, investment, and mineral resources are among the more important elements in Chinese football’s guanxi network.

China is already a major trading partner with Qatar, with bilateral deals between the two countries worth QAR21.5 billion (US $5.9 billion) in 2015. Indeed, such is the depth and scale of their commitment to one another that China’s ambassador to Qatar, Li Chen, recently proclaimed his desire that the strengthening relationship should bring “great common prosperity” to both countries.

China might be an important source of help and support for Qatar, as well as being an established supplier of goods and services the Gulf nation itself cannot produce. But this is not a one-sided relationship in which China exerts influence over a much smaller partner. As the second largest exporter in the world (after Russia) of liquefied natural gas and the eighth largest exporter of petroleum products, Qatar not only punches above its weight politically, it also represents an important source of carbon fuels for China.

To this end, there have been several high-profile meetings involving Chinese and Qatari government officials in recent years. As early as 2014, China’s Premier, Li Keqiang, and Sheikh Tamim Bin Hamad al-Thani, Emir of Qatar reached agreements on bilateral cooperation in oil and gas exploration and development, liquefied natural gas production, and integrated cooperation in the petrochemical industry.

At the same time, Li announced that China would be willing to participate in the construction of Qatar’s high-speed rail network. He also vowed that China would engage in investment and financial cooperation with Qatar, promote currency swaps and clearing cooperation, and jointly establish an international crude oil futures market.

These commitments are hardly surprising, as Qatar is already involved in China’s One Belt, One Road (OBOR) initiative. Nevertheless, in a further act of courtship earlier this year, China’s Foreign Minister Wang Yi publically reemphasised his country’s desire to work with Qatar, stressing that China could help Doha’s government to achieve its 2030 Industrial Vision.

Crucially, sport (particularly football) is a key strategic pillar of Qatar’s 2030 National Vision, which is why China’s open support of it is implicitly also a statement of support for football and the 2022 World Cup. This tallies nicely both with China’s own sporting goals, and its broader geopolitical and mineral resource interests. In this context, one can see OBOR being the glue that holds all of this together.

In another earlier column published by Policy Forum, I examined the role of OBOR in helping to advance Chinese sporting interests. It might seem like a long way from Beijing to Doha, but China has already proved to be hugely adept at bridging geographic distances, which is the essence of its OBOR initiative.

In sporting terms though, the leap from the centre of Beijing to downtown Doha is in many ways a much shorter one, given the two countries’ shared football ambitions. Indeed, this East-West one-two seems capable of enacting sharper moves than either Messi or Ronaldo. This is something which is perpetuating the emergence of Football 3.0, and during the next decade may ultimately see football, mineral markets and geopolitics caught in a grip that stretches between these two ambitious Asian nations.

Simon Chadwick is a Professor of Sports Enterprise at Salford University and the Co-Director of the China Soccer Observatory. This article was first published on the Asia and Pacific Policy Society and can be found here. Image credit: CC by Isabel Schulz/Flickr.

Using the arts to achieve social and political justice in Cambodia
Is Cambodia Ready to Go Nuclear?