A new torture in China 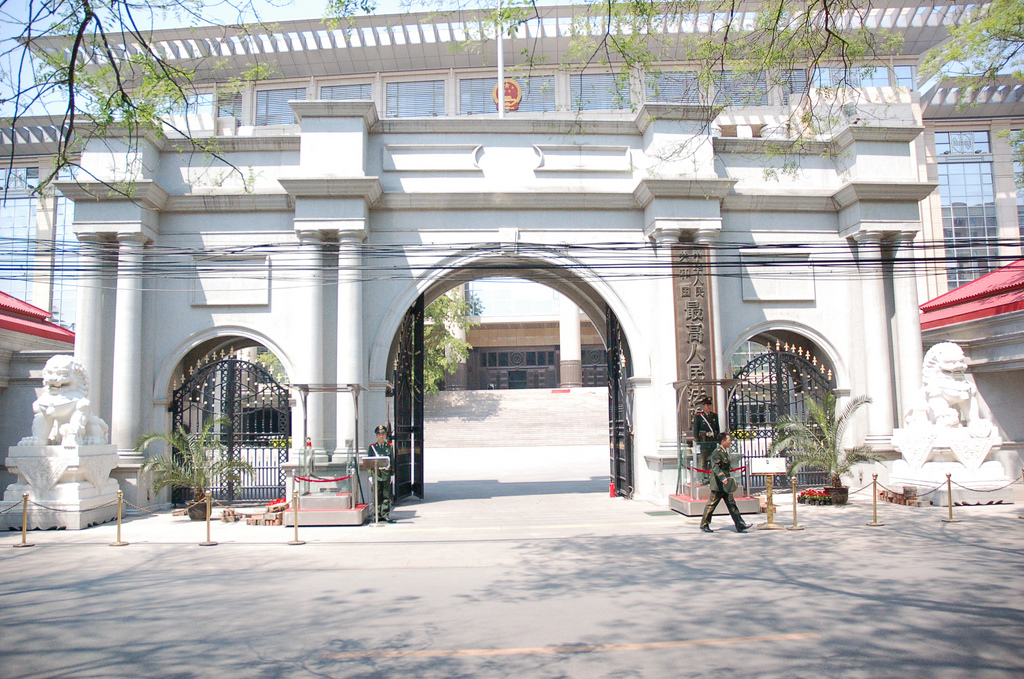 ‘In China, we say that for a person meditating in a cave, a day passes as though it were a thousand years; it is like paradise. And where did I experience paradise? In there in the detention centre, being tortured. A day was like a thousand years. That’s how it felt. The disturbingly aged and altered face of the human rights lawyer sharing this observation gave me a sense of what he had been through during his most recent detention, and what colleagues who remained ‘in there,’ including Jiang Tianyong and Wang Quanzhang, might still be suffering.

Like my interlocutor, they are victims of the latest attack on this tiny and embattled section of the Chinese legal profession.  The ‘709 Crackdown’—so called after the date it began, on the night of 7 July 2015 when Lawyers Wang Yu, Bao Longjun and their child were detained—has been the largest so far and now affects hundreds of lawyers. Lawyer Wang Yu in her testimony published on 12 July and other lawyers including Xie Yang have disclosed some details about their experience of detention and forced disappearance,  coercive interrogation and torture, and informal house arrests.

During some recent chats about their experience of the ‘criminal justice’ system as suspects, defendants, and defence lawyers in the 709 Crackdown, my interlocutors mentioned details that sounded grimly familiar. For years, we had been hearing about the en-suite guest room in changing locations where a captive would be held, effectively disappeared, for days, weeks, or months on end; the two guards never leaving the room, the blinds always down and glaring ceiling light never turned off; the stress positions; the handcuffs; the beatings; the food deprivation, and the numerous sophisticated additional methods to humiliate, torment and terrorise (such as telling Wang Yu that she had been forgotten by the outside world.)

Some of the manoeuvres to cut inmates off from support were also part of longstanding practices. For example, the authorities have claimed in numerous cases that lawyers chosen by the detainees or their family members had been ‘dismissed’ and replaced by lawyers chosen by the authorities. Using techniques of and ‘dividing and disintegrating.’  they foster distrust and fear in the interminable enforced ‘chats’ with target persons in the wider rights defender community. As part of ‘relational repression’, they try to recruit family and colleagues for ‘thought work ’ purposes. For example, we saw video-recorded statements by loved ones pleading with prisoners to give in, such as the parents of Lawyers Li Chunfu and Li Heping, obtained by means of false representations.

But the 709 crackdowns featured several new, troubling measures. Early on, there were startling public displays of political prisoners incriminating themselves, renouncing rights advocacy, and denouncing former colleagues, including at televised trials. These displays were accompanied by propaganda videos, portraying them as enemies of their country and as dangerous criminals. The sham trials and self-renunciations raised the very anxious question what had been done to 709 crackdown victims to make them collaborate in these displays.

Now, based on conversations with victims, their supporters and relatives, China Human Rights Lawyers Concern Group reports that at least six of the victims have been forced to take medication.  They were allegedly given pills ‘prescribed’ for a variety of supposed medical conditions, but the ‘patients’ were not allowed to see their diagnoses. In some cases, the authorities never even bothered to claim that the drugs were prescribed by qualified doctors.

This has been the most deeply unsettling thing I have ever heard Chinese torture survivors describe. That the ‘medication’ had some physiological effects is unsurprising, but hardly captures the damage done.  As an interlocutor explained, it made them ‘extremely exhausted’ and it made their heartbeat uneven. Others have described muscle pain and blurred vision  as a result of the ‘medication.’ But physical effects were by far not the worst.

‘It made you think you were finished this time. Mentally, it was [the scariest], because you couldn’t know [what you’d been given] and so you thought, for sure they want to kill you. You won’t get out of here alive. It was only in there that I understood what torture was. Whatever we’d been imagining before got nowhere near what it was like.’

Indeed, one of the lawyers ‘released’ in January 2017 had come back from over 500 days of incommunicado detention with signs of serious mental illness earlier this year, and his friends attribute this to his being forcibly drugged.

There is a serious debate as to whether the forced treatment of mentally ill prisoners is legally and ethically defensible. There is also increasing concern about abuses in health-care settings, and some argue that any kind of involuntary psychiatric treatment amounts to torture.

But in the present case, these difficult questions do not arise. If the allegations that have been made are true, the authorities claimed to be ‘treating’ physical conditions that were, in fact, non-existent, not mental health issues that might have existed. In all cases, we know about, ‘treatment’ had been preceded or accompanied by the more routine torture methods mentioned earlier. At least in one case, the ‘treatment’ initially ‘offered’ to a prisoner from day one of their detention was ‘to strengthen your immune system.’ Considering the mortal fear it produced, it is hard to resist the conclusion that this ‘treatment’ itself was another form of torture, systematically inflicted on human rights defenders. It was done by a method that strips torture down to its worst part – the taking away of one’s personality, one’s inner being, through an attack on one’s physical integrity.

This leaves us to worry about the victims of the 709 Crackdown still detained. As for Jiang Tianyong, the authorities have claimed that he has appointed two lawyers, but refused to disclose these lawyers’ names. His earlier self-incriminating statement on Chinese television confirmed no more than that he was alive. Nothing was heard or seen of Wang Quanzhang for over two years until, at the end of last month, another lawyer claimed to be acting on his behalf and to have met him, without being able to show that Wand had appointed him, or disclosing any further details. Why are Jiang and Wang both denied independent counsel? And, why has Wang not been paraded on television, like most of the others? Is it because he has been able to hold out under torture so far, or because his torture or ‘treatment’ got somehow out of hand?

We also need to ask ourselves what the novel practices displayed in the 709 crackdown tell us about the Xi-era Party-State approach to criminal justice. For a long time, many observers believed that there were ‘dual’ systems, one for ‘ordinary’ and one for ‘sensitive’ cases and that gradually the problems in sensitive cases would be overcome as the system overall become fairer and more open. The Chinese authorities supported this belief, by generally claiming that the legal process complied with the liberal standards of international law, and by doing their worst in great secrecy. As my interlocutors pointed out, judicial persecution in the post-Mao, post-June Fourth system remained reactive and covert; sometimes denying any knowledge of the very people it was disappearing and torturing.

Not anymore. Through the use of mechanisms like ‘residential surveillance in a designated location,’ the new model purports to legalise longstanding measures of repression. The forcible medication of political prisoners held in this way shows a system stooping to new lows.  Displaying them as ‘repentant’ culprits on TV, the authorities do not seem to mind if we can see what their victims have gone through. Perhaps we are even meant to guess, to become habituated to what we see, so we gradually begin to accept these horrors as part of what is discussed more widely as the Xi-era ‘new normal.’ Feng Chongyi has called this a ‘National Security Commission model’ replacing the former ‘stability maintenance model.’ One of my interlocutors even more pointedly called it a ‘war model.’

Yet it remains difficult to see how the Chinese Party-State could win a war on Chinese civil society, or against the legal principles, it has embraced through much of its own law.  The system is easily able to lock up and torture more and more critics. But its ‘war’ so far is largely being waged against people who refuse to be cast as the enemies this system needs to justify its oppressive existence, and whose experience illustrates how shamefully the system violates the values they defend.

The Price of ‘Progress’ in Cambodia?
From Soldier to Guardian Spirit: Cultural Resilience through Re-enchantment